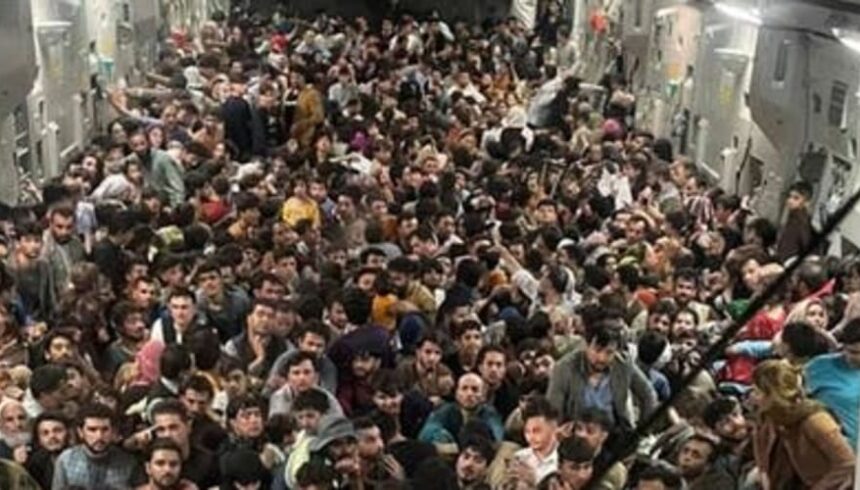 In the wake of the fast-moving and unfolding crisis in Afghanistan, we join with other refugee and migrant organisations in calling on the government to ensure Afghan refugees are protected. An open letter, signed by JRS UK, urges the government to establish protection solutions for Afghans currently in the UK and their families, and for those who will be obliged to seek sanctuary in the coming weeks and months.

“It is vital that we stand in solidarity with the people of Afghanistan. The chaos there is a powerful reminder of the realities of forced displacement.  In an emergency, refugees have little freedom on how they travel to safety or where they go, and that the journey to flee is fraught with danger.

“It is vital to ensure that Afghans seeking sanctuary here are not penalised for how they have been able to travel. The situation in Afghanistan indicts a cruel policy that builds walls against refugees.”

The letter, published ahead of a parliamentary debate on the Afghan crisis, calls for:

The inadmissibility process, which the Nationality and Borders Bill would put into primary legislation, means that the government does not examine the asylum claims of people who have travelled via third countries but seeks to remove them elsewhere. It creates a barrier to protection for many people and is one of several new and forthcoming measures discriminating against refugees on the basis of how they arrived in the UK. The process has been widely criticised for being unworkable, because the UK has no returns agreements in place with third countries, without which it is impossible to remove people to them.

Join us in taking action to create a better world for refugees.

Download our template letter and write to your MP letting them know you do not support the Borders Bill.

Template letter:
Raise your concerns about the Nationality & Borders Bill

Image: Joint Council for the Welfare of Immigrants