Phone befriending: “They know we’re there” 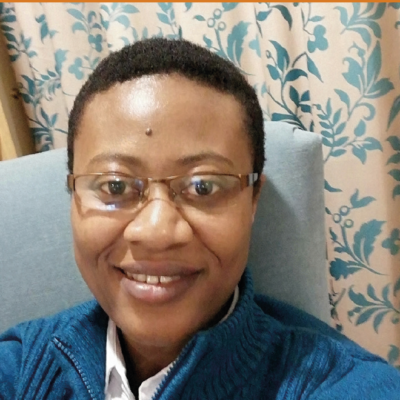 Jennifer and Sr Patience have been accompanying refugee friends over the phone throughout lockdown – offering a listening ear and someone to chat to. Jennifer started volunteering with JRS during lockdown, and Sr Patience has volunteered with us since April 2019. Here, they share with you their reflections of accompanying refugees over the phone, the challenges and differences, and what they’ve learnt about themselves.

“At the start, the conversations were quite practical; but as soon as I started calling refugee friends again the week after, and the week after that, there was a little bit more conversation in terms of how they were going about their day and what’s happening with them. So that was nice because I was getting to know them.

“Since everything has been opening up, there has been a lot more conversation going on about what refugee friends are up to in their day-to-day lives. During lockdown we were all just staying at home and refugee friends felt quite isolated, but since we’ve been able go out a little bit more, some people have started to go back to college learning English for example. They’ve been going about slowly doing their day-to-day activities. So there’s been more to talk about.

Many of our refugee friends feel even more isolated and lonely as a result of the pandemic and their needs often become more urgent, sometimes falling in and out of crisis. Could you volunteer as a phone befriender to some of the most marginalised people in our society?

“I think my experience was pretty much like Jennifer’s in the beginning, more about the practical support, speaking about phone top-ups or a food parcel delivery, and things like that. In the beginning, building a conversation further than that was a bit difficult. Initially, I think one of my other struggles was, having experienced the Day Centre and people coming in, you were serving a good number of people. You’d sometimes be helping out in the kitchen and there was no in-depth interaction or conversation. Now, you have somebody you are really talking to and you have to build that trust.

“I feel it’s given me a chance to really see the struggle beyond the written. To actually accompany somebody and hear how much things can be difficult. Before I knew of the destitution that refugee friends experience, but to actually hear somebody saying, ‘I don’t know where to sleep right now’ and ‘I’ve been sleeping in the park’. I feel this experience has given me an in-depth experience and helped me connect more to their plight.

“Overall, I think both my experiences of the Centre being open and the over the phone support have been fulfilling. Whilst there have been changes in the way that we are actually accompanying refugees, being a volunteer befriender has been very fulfilling. It has opened my eyes to so much. Now I don’t just hear about the challenges faced by refugees but I actually know somebody who I speak to and support and hear directly what they are going through. It has been difficult but at the same time a privilege to have people open up themselves and talk about their journey, their struggles, their needs, their hopes, and their beliefs.”

We’re always looking for patient, great communicators who could lend a listening ear to refugee friends in need of somebody to talk to.

Find out more about volunteering with us

Image: St Patience preparing herself for an afternoon chatting on the phone to refugee friends.