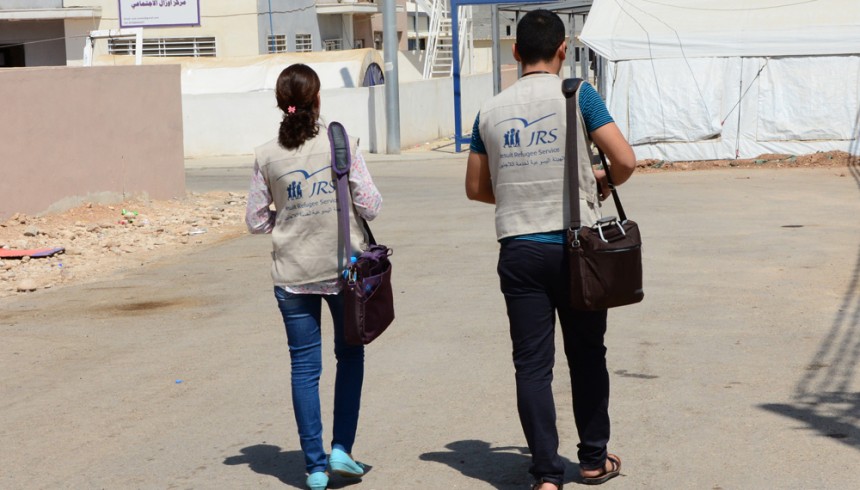 The most difficult social and political issue of our time? 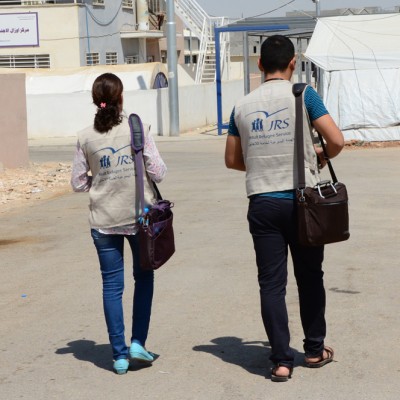 JRS UK Volunteer and Jesuit scholastic from Romania, Teo Avram, shares his impressions of an evening raising awareness of the urgent work of Jesuit Refugee Service.

The conference was surprisingly well attended, over a hundred people of different ages, backgrounds, and professions being highly interested to hear the facts about the plight of refugees and their situation, in order to make informed decisions about how to act regarding this issue, which might well be the most difficult social and political issue of our time.

Fr Dominic Robinson SJ, Superior of the Mount Street Jesuit Community in central London, introduced the speakers.  Sarah Teather spoke first about what JRS is doing in UK. She described in detail the triple ministry of service, accompaniment and advocacy of JRS. She was quick to emphasize that JRS defines refugees according to the broad definition used by the documents describing the Social Teaching of the Catholic Church and not the narrow definitions used in international law or various national laws. Under this definition, refugees are not only those who receive the status, or those who run from wars, but also others forced to migrate because of complicated situations caused by different factors, including those related to climate change droughts or natural disasters.  In the UK, the actions of JRS are directed to two particular categories of refugees: those who are detained in various immigration removal centres, and those who are destitute. Many have been refused asylum but cannot return home. Those who live with destitution have a most difficult time integrating in British society. Sarah Teather described the bureaucratic barriers and legislative obstructions that these refugees and asylum seekers face in their attempt to normalize their situation.

Fr. Michael Zammit, SJ spoke in the second half of the evening. As one who has direct experience with the circumstances in the Middle East, he made a very vivid description of the situation with the help of images. The audience was definitely moved at hearing the stories as they confessed afterwards. Fr. Michael pointed out that JRS volunteers in the Middle-East are mainly Muslims, who work alongside Christians, to alleviate the suffering of their fellow human beings. JRS in Syria is bound to work only in government controlled areas now. Only UN based organizations (Red Cross, Red Crescent etc.) are now able to work on both sides. One of the JRS ministries in Syria is cooking for prisoners who, under the budget allocated by the government, would receive only half-a-piece of bread and a quarter of a tomato as a daily ration. Because of the situation of displacement, cooking food for refugees is one of the most important ministries. In terms of education, JRS faces political restrictions of different natures, and it has to navigate various loopholes in order to do its job either in Syria and Lebanon. Fr. Michael said that bombing doesn’t help anyone and that the various parts in the conflict need to sit down at the negotiation table without pre-conditions.

Questions from the audience helped clarify different topics. Fr. Michael clarified that he welcomes volunteers for JRS in the Middle-East region as long as they speak Arabic. Sarah Teather said that one thing that people could do in the UK is raising funds, but also talking to Members of Parliament in their constituency could help the resolution of some legislative gaps.

At the end of the evening people showed their generosity by donating to JRS from the little they had but they were also inspired towards compassion and action in the direction of solving various issues involving refugees.

Donate to support the work of Jesuit Refugee Service in the UK.

Donate to support the work of Jesuit Refugee Service around the world.