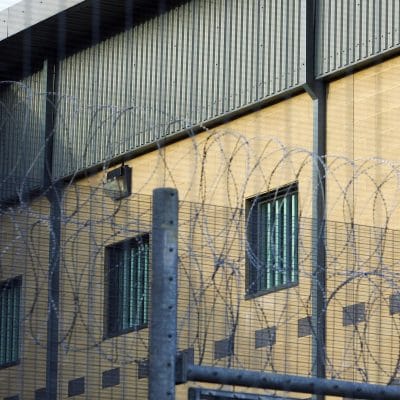 Asylum in the UK: surviving in the hostile environment

JRS Europe Policy and Advocacy Officer, Claudia Bonamini, visited JRS UK earlier this year and wrote a blog piece reflecting on her visit. Here she shares her observations and insights on what she learned during her time in London.

With Brexit quickly approaching, at JRS Europe we thought it was time for a visit to JRS UK. We wanted to take some time to learn more about the reality on the ground. Also, we wished to understand how common European advocacy would still be relevant in the UK even with the country out of the EU.

Before the visit I knew enough about the UK asylum system to be confident that no, it is not the country of protection that many refugees dream about. Rejected asylum claims are often overturned in appeal, which shows the questionable quality of first instance decisions. Legal aid is often lacking or poor. The country still has no limit on how long a migrant can be held in detention. This visit confirmed this all and unfortunately added some disturbing insights.

The people who seek JRS UK’s help live in destitution. Often, their first asylum claim has been rejected, so they have lost their right to reception and support. Still, many of them are refugees and cannot go back to their countries. The reasons why their need for protection is not recognised can be many. Often it comes down to absent or poor legal assistance. People might not disclose the relevant elements to support their claim at first, because they are not aware of what those relevant elements are, or because they do not fully trust the authorities. If you are homeless and all your energy goes into daily survival, it is hard to understand what went wrong in your application and find out how to fix it.

Being in close contact with refugees, at the Day Centre or when visiting detention, JRS UK can identify situations in which a legal solution is still possible. In those cases, they help people preparing a new application and liaising with their solicitors. In JRS UK’s experience, it is often the most complex asylum cases not receiving the assistance they need. The truth is that in such complex procedures, solicitors need to work more than legal aid covers for.

JRS UK’s legal officers are visibly proud when they speak about the people that finally managed to be recognised as refugees thanks to their help, and so they should. Their smiles fade away though when they say that for many of them such a result arrived after more than 10 years of surviving in destitution. The sad record is 27 years.

I am left short of words to express my shock by hearing this. It is bad enough that our societies easily accept that irregular migrants live in destitution. Here we are talking about people who are fleeing war and persecution and are legally entitled to our protection. Yet they are forced to survive destitute for decades because their claim was too easily dismissed in the first place. And to make things even worse, they often are – repeatedly – detained in the attempt of returning them.

An important part of JRS UK’s work is to visit the detention centres at Heathrow airport. Two staff members and a pool of almost 30 volunteers provide a listening ear and help people coping with the fact of being imprisoned despite having committed no crime.

Could you offer pastoral support to those held in Heathrow immigration detention centres? Find out how you can volunteer with us and become a weekly detention visitor.

Or better to say, without having done any harm to anybody, because in fact, many people in administrative detention in the UK have done something that is considered a crime according to the UK legislation, such as working without a working permit. To be clear: immigration detention is legally a purely administrative procedure for the purpose of returning people and not the punishment for committing such a criminal offence. But framing people as criminals, does certainly make it easier for authorities to sell to the population that it is OK to detain them in order to return them. That, and saying that immigration detention is needed to prevent people from absconding, without mentioning that it is often fearing detention, that people abscond (which by the way, is also a ‘crime’).

During my stay I joined some of the volunteers in the weekly visit. It was not the first time I visited a detention centre. In this, as in other cases, the centre as such was not the most disturbing part of the visit. I would certainly not describe the infrastructure as comfortable, but it is as decent as a prison can be. But even if nothing dramatic happened in the two hours I spent there, one can simply feel the tension in the air all the time. Everybody is tense.

The detainees are tense of course. They can spend months and months locked up, they do not know if and when they will be returned or released. The worries and uncertainties make them sick. Several people that came to see us complained about not being able to sleep, having head, and stomach, aches. The JRS volunteers told me how often people share suicidal thoughts and say that knowing that the visitors will come is one of the few things keeping them going in there.

This is no easy responsibility to carry. Despite the cheerful atmosphere among the JRS visitors, I could feel they were tense too. Their task is as important as it is frustrating. Sometimes they suggest the detainees contact their solicitors to see if they can help their case moving forward. More often than not, listening is the only thing visitors can do. And sometimes even that is challenging, when there is no common language and you see people struggling because they really want to tell you something. Leaving a detention centre, one inevitably feels relief, but also some guilt, because you are going to your home, but the people you met are staying there.

Not least, the staff working in the centre are tense. During the visit I could not help but noticing that officers were often just one step away from being rude and aggressive for no reason to the detainees that were coming to see them. I could not help but wondering if they had always been this way, or if their behaviour was the result of working in such a tense environment and a form of self-protection.

“Detention makes people sick”, one of the volunteers told me. It’s true, and not just the people detained, but everybody that gets in contact with it.

After three days spent talking with colleagues and refugees in the UK, I cannot but conclude that several features of the current UK policy on asylum and migration are unfortunately very much in line with the trends we see in the rest of Europe.

The idea that making migrants and refugees’ life miserable, by quickly dismissing their claims for protection, cutting essential support, pushing them into destitution and detaining them, will deter them from coming, seems to be a common strategy in several European countries. An ostrich strategy, that refuses to accept that being a refugee is not a choice and that people would not step into a boat with their children if they were not running for their lives. A criminal strategy, that would knowingly abandon people to the tortures in Libyan prisons, rather than sharing some or our welfare to protect them.

On a more encouraging note, during the visit I also experienced the positive energy, the welcoming spirit and the will to contribute to building an open and inclusive society among the staff and the many volunteers at JRS UK. This is also in line with the experience of JRS all over Europe. With this in mind, we feel confident that pursuing together our mission to advocate for refugee rights is today more relevant than ever, especially after Brexit.

Please consider donating to our work which supports those left destitute by the UK asylum system, and those held indefinitely in immigration detention.

Read more about Claudia’s visit to JRS UK in London.

JRS Europe is the European regional office of JRS, based in Brussels. It advocates at European Union level ensuring that policymakers hear refugees’ voices. Find out more about JRS Europe.