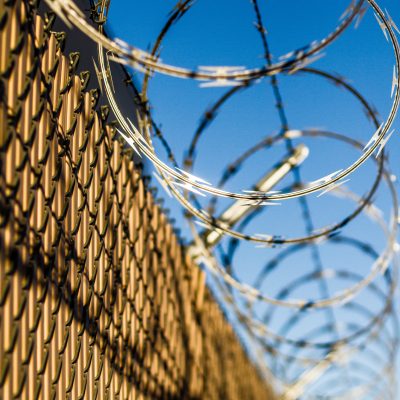 In the UK, those seeking asylum may be detained, indefinitely and without going before a judge, together with many other migrants and forcibly displaced people. They can usually only get out if they are granted bail, normally by a judge in a tribunal. Like criminal bail, immigration bail tends to have certain conditions attached. Often a bail address is required.

Where bail was granted to someone with nowhere to live, the Home Office used to provide very basic accommodation as a matter of routine. This was important not only for securing bail but also because people otherwise unable to provide an address would be left on the streets without this provision.

The system for providing bail addresses for immigration detainees has been abolished. It has been replaced by one in which the Home Office has the “power” to provide bail addresses under “exceptional circumstances” if it wants to.

It is still unclear exactly how this will play out. We can reliably predict that at least one of two things will happen: 1) people will be released into street homelessness, or 2) they often won’t be released, even when a judge says they should be.

The new legislation lists several possible conditions for bail, an address being one of them. Possibly, the Home Office envisages that bail addresses will be required less often, and people without anywhere to live with simply be released into destitution.

The government crafts migrant destitution as a means of immigration control, as part of what policy-makers term the ‘hostile environment agenda’. The new rules around bail may well be crafted as a further weapon in the Home Office arsenal of destitution manufacture. A recent Home Office bail summary, which describes what would happen were a bail application to be successful, states: “X would be released to the streets and would need to make an application for Home Office accommodation.”

The hostile environment partly targets those seeking asylum whose initial claims have been refused, often because they have been let down by a broken system, and this will be the case here. Many of those who have fled here for sanctuary live in destitution punctuated by periods of detention, and with the fear of detention hanging over them. New legislation now strengthens the relationship between destitution and detention: detainees may face a choice between continuing their incarceration or sleeping on the streets.

If the requirements for a bail address are not ultimately loosened, people will not be released. For example, this could happen if the Home Office continue to recommend bail addresses as conditions to the courts in specific cases. In this case, the government’s arbitrary power over whether a bail address is granted would operate as a means of overriding the judiciary. A judge stipulates that bail should be granted and also, unsurprisingly, that it is conditional on a bail address. If the Home Office doesn’t like the stipulation placed on them – to release the detainee in question – it can try to make it impossible for the detainee to meet the stipulation to provide a bail address.

This opportunity to obstruct a bail grant is unlikely to be an accident. In the UK, immigration detention is notoriously not subject to judicial oversight. In Stephen Shaw’s damning first review of the detention estate, the introduction of automatic bail hearings was one of many recommendations. It was one of the very few taken up: automatic bail hearings every four months are introduced for most, though not all, detainees in the 2016 Immigration Act. The removal of bail addresses may undermines this provision, if it proves capable of nullifying of the tribunal’s power to grant release. This happens in concert with a new rule around bail hearings where removal directions are already in place: the home office can overrule the judge’s decision to grant bail. Not wanting its actions subjected to judicial oversight, the government has rendered the judiciary impotent in this regard. The abolition of routine bail addresses resembles an attempt to do the same thing.