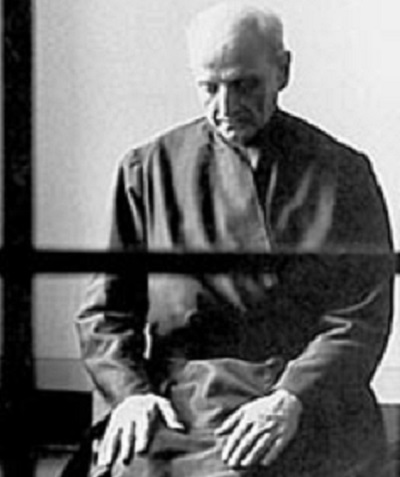 On the anniversary of JRS, Paul Nicholson SJ reflects on the life and legacy of Pedro Arrupe 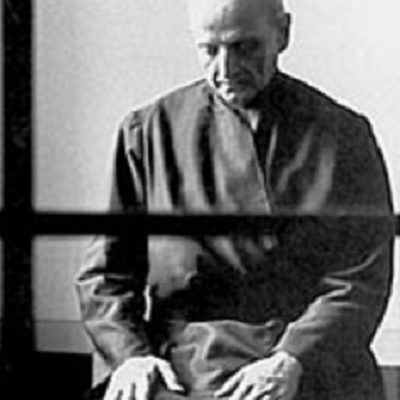 Today marks 37 years since Fr Pedro Arrupe SJ founded the Jesuit Refugee Service in response to the plight of Vietnamese people fleeing their homeland by boat. Paul Nicholson SJ, the chair of our management committee at JRS UK, holds a strong admiration for Fr. Arrupe and was fortunate to meet the then Superior General as a newly-vowed Jesuit. Today, on the anniversary of JRS, Paul reflects on the life of Pedro Arrupe, the founding of JRS and the legacy he leaves today.

In the summer of 1981, as a newly-vowed Jesuit, I was privileged to meet the 28th Superior General of the Society of Jesus, Fr Pedro Arrupe SJ. I even got to ask him a question about Jesuit training – but that’s another story! Just a few weeks later he suffered a devastating stroke which led to his resignation as General, and incapacitated him for the last decade of his life. But a year earlier, on 14th November 1980 (his 73rd birthday), he had announced the foundation of the Jesuit Refugee Service.

Don Pedro, as he was affectionately known, was elected General of the Society in 1965, the first Basque to hold that office since St Ignatius Loyola. It fell to him, then, to lead the Jesuits through the rapid changes in religious life that followed the Second Vatican Council. In 1974-5 he presided over the 32nd General Congregation, which in its fourth decree defined the contemporary Jesuit mission as “the service of faith, of which the promotion of justice is an absolute requirement”. From that came the tag-line “a faith that does justice”, that has guided the work of the Society, and of many of our partners in mission, for more than four decades now.

It was the desperate situation of those escaping conflict and repression in Vietnam that led Arrupe to found JRS. They fled from their homeland in great numbers, many in small boats. The plight of more recent refugees attempting to cross the Mediterranean has echoes of that time. By the late 1970’s many were stranded in camps in the Philippines and other parts of South-East Asia, while others were attempting to start new lives in Europe, North America, and elsewhere. Arrupe thought that Jesuits, with their vowed mobility, their world-wide distribution, and their capacity to work at all levels, from direct service of the refugees to advocacy with governments, could make a unique contribution to this challenging situation. So as a direct response to the call of GC32, JRS was born.

“St. Ignatius called us to go anywhere we are most needed for the greater service of God. The spiritual as well as material need of nearly 16 million refugees throughout the world today could scarcely be greater. God is calling us through these helpless people.”

To live “a faith that does justice” was never going to be an easy option. Arrupe foresaw that it would lead to more Jesuit martyrs, and so it has: from the friend and mentor of Archbishop Oscar Romero, Rutilio Grande, assassinated in 1977 in El Salvador; to Frans van der Lugt, murdered in 2014 in Syria. And Don Pedro himself could not avoid the implications of his decisions. Many in the Church, and even in the Society, wrongly saw the choices he was making as inspired more by Marxism than by the Gospel, and lobbied against him in Rome. He felt misunderstood at times by Pope Paul VI, whose pontificate coincided with most of his time as General. And John Paul II, elected in 1978, initially viewed the Jesuit General with some suspicion.

Arrupe was no stranger to suffering. As novice-master in Japan he had been living in Hiroshima when the atom bomb fell there at the end of the Second World War, and used his earlier medical training to tend to the victims. In the last years of his life he accepted his own disability with calm trust in God. But he made a great, lasting, and positive impression on many of those who met him, Jesuits and non-Jesuits alike. He left, too, a rich legacy to the Society of Jesus, of which the Jesuit Refugee Service is one highly significant part.

[Read More] on the life of Pedro Arrupe and his influence on the Jesuits.