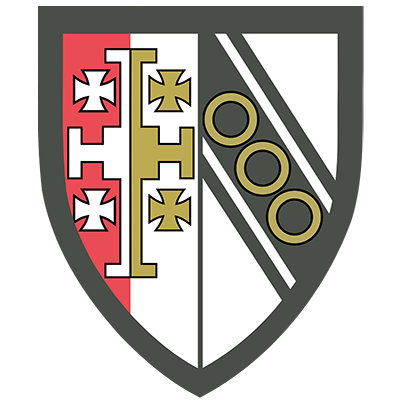 At the beginning of March Sarah, Director at JRS UK, was invited to preach at evensong at Selwyn College, Cambridge, as part of their series of guest sermons on globalisation. Her reflection on Ecclesiastes 4:1-12 and the parable of the sheep and the goats from St Matthew (25:31-46), is below:

We have two very different readings tonight. The first is a bleak, rather sceptical look at the evils, vanities and oppressions of the world from Ecclesiastes, which may resonate with the nihilistic tone of our times. The second, by contrast, views all the nations of the world from the perspective of Christ’s reign in glory, and highlights the salvific value of generosity to those in need.

Two readings, both about seeing the world. Might they help us see this subject of globalisation and refugees differently?

Migration of course didn’t begin with the modern concept of globalisation. It is as old as humanity. The history of our faith itself can be traced through a collection of stories about journey: some like that of Abraham, elected and blessed by God; others forced and painful, but still the context for God to act.

What is new is the scale and pace of forced migration, which today runs at more than 68m people around the world. Underneath the headline, the causes of the human tragedy are the same as ever: conflict, oppression, trade in people; but old evils are now are played out on a larger stage with global actors also in the mix. International arms sales and climate change are two destructive forces among many, but the influence, for example, of multinational corporations, global trade, and communications are more complex and nuanced.

The forces creating displacement may be bound up with globalisation, but international cooperation to create solutions for people caught up in it has been less forthcoming. Indeed, cooperation has largely focused on increasing trade, while simultaneously seeking to close down routes for refugees to move. “Their eyes are never satisfied with riches” the writer of Ecclesiastes might say. “The oppressors had power on their side”, and the oppressed had “no one to comfort them.” The various attempts in Europe to outsource migration control to Libya over the last decade, with devastating consequences for those tortured in its holding centres, is a case in point.

We have lost our bearings in all this, Pope Francis says. “In this globalised world, we have fallen into globalised indifference…. We have become used to the suffering of others”, forgotten how to weep with them, and all been rendered “nameless and faceless” as a result.

At the Jesuit Refugee Service, our mission is first and foremost to accompany refugees and asylum seekers – to be with them, as companions. In this context, we come to know people by name, as people who are much more than the label of refugee. Perhaps surprisingly, the heart of what we do is not about specialist interventions, but the everyday ordinary sharing of meals and the human relationships that evolve.

In that context, I have had many informal conversations with refugees about this passage from Matthew’s Gospel. In a reminder that salvation often comes from the marginalised, I have found myself startled by their different reading of this text.

The asylum seekers we support have been rendered destitute by the system – victims of the hostile environment, they are banned from working or receiving benefits, and so entirely reliant on the charity of others to meet all their basic needs, be it food, clothing, or a roof over their heads at night. Some have been detained, an experience from which they rarely fully recover.
They know in an intimate way what it is to be hungry, a stranger, homeless, to need clothing, to struggle with sickness, and to be detained.

To be reliant on others is to live with visceral insecurity and a degrading sense of loss of agency and choice. But what surprises me, is to hear refugees say that with all this, the greater pain is the way their situation stops them from giving help and care to others.

One man spoke to me at length last week about his years visiting the sick in his own country as a practical expression of faith – this ministry was for him a part of his identity as a Christian. Another told me about the importance to her of giving hospitality, not just a cultural part of her identity, but a very personal outlet for her gift for cooking and entertaining. She spoke movingly about her struggle to come to terms with her current protracted passivity, of learning to accept charity at our hands and that of others. She spoke too of her trust in God’s action in it; of how she thought God may be preparing her for something in the future through this experience of relying on Him and on others for all that she needed.

“God’s wisdom is kenotic”, says Rowan Williams in his book Christ on trial. “Wisdom speaks through the weakness of a human life: only by accepting my own weakness, and surrendering various comforting falsehoods that might let me think myself strong and safe, can I attune my life to that of God…. Such Wisdom will always be an exile, a refugee, in a world constrained by endless struggles for advantage, where success lies always in establishing your position at the expense of another’s.”

Ecclesiastes’ diagnosis of an all-pervading envy and obsession with riches, driving toil, competition, misery and isolation could be an apt description for much of our current condition. The mythic ideal of self-sufficiency and boundaried independence is a preoccupation in all areas of our national politics as much as it is a feature of our private inter-personal relations. And yet, loneliness, we learn, is also an endemic feature of the modern world.

When we listen to the list of duties in Matthew’s gospel undertaken by the saved, perhaps our first reaction is to feel overwhelmed by anxiety about what is being asked of us, of how we can ever do enough. The scale of the world’s needs in this era of globalisation is surely greater than our capacity to respond?

But if we listen carefully, we find that Matthew presents us with a story about human love and kindness for those in need which is not the burden of penance we imagine, but something so natural for those who give it that the righteous had not thought it of any significance at all. Refugees who found themselves barred by the system from giving such care to others experienced this deprivation as particularly oppressive; they came to see such acts of mercy both as an expression of a life blessed by faith in God, and as themselves a blessing from God, not for the one in receipt of them, but for the one who gives.

In Matthew’s Gospel, the giving of help to those in need is a privileged way of meeting Christ, of being drawn deeper into relationship with the King Himself.

In the final words of our first reading, our writer’s tone shifts as he speaks of the value of friendship, of helping one another, for if one falls, the other will lift them up. This is no model of competition, or even of one-sided service. It is a model of mutuality. Of dynamic, alternating weakness and strength; of learning, like the refugees we accompany, to accept we too are in need; to lean on God and one another, and let the threads of giving and receiving be entwined with our lives, until, like the three-fold cord, it cannot easily be broken…

Such letting go of our notions of our own strength, and receiving from others, is for many of us a life time’s journey. Perhaps, it is the key to seeing how the Lord is asking us to respond to refugees and others in need.

It is a task both simultaneously more difficult, and yet a whole lot simpler, than we imagine.