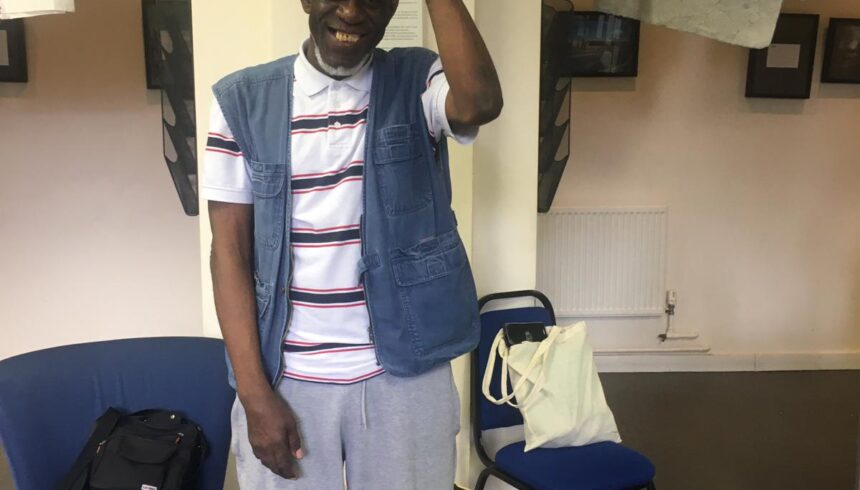 Easton, JRS refugee friend, shares a poem as a reflection from his time being street homeless. 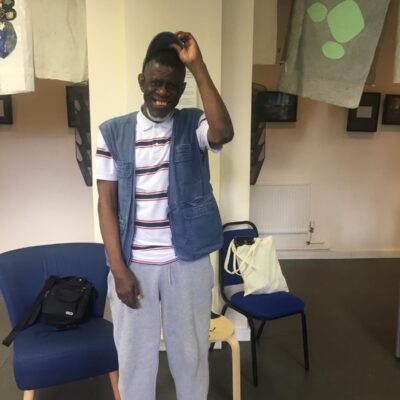 For our refugee friend Easton, writing poetry has given him a positive outlet to express himself, ease tension, and distract him from cruel circumstances. Over the past few years, with the support of JRS UK and the British Red Cross, Easton has had the opportunity to develop his writing and performance skills.

Easton has been accommodated through JRS UK’s hosting scheme, At Home, for several months. Having stable accommodation has reduced the level of risk and uncertainty in Easton’s life, providing him with the space to continue working on and digitalising his anthology of poems.

Amy-Leigh, JRS Accommodation Officer, had the fortune of sitting down with Easton many times this year to read or listen to his work. She found it difficult to select one of his poems for this blog post, so she was relieved when Easton smiled his big smile and pointed to ‘Homeless but Honest’.

The sun rises in the east and sets in the west

While foxes have holes and birds have nests

But the son of man has nowhere to lay his head

Can’t get any rest

Because he’s homeless and doesn’t

even have a bed

They say that honesty is the best of policies

But while I’m being honest

The next man being crafty

As I was travelling through the streets of homelessness

Going about my business

Trying to find a place to lay my weary head

Because I’m homeless and doesn’t

Only thinking of one thing

To get my head rested

After an unpleasant and hectic day

So, I boarded a bus that was heading west

Hoping and thinking I could get some rest

Sitting by a window-seat

That I could feel at ease

And stretched out my feet

I saw underneath the seat beside my stretched feet

There was this phone

I thought I could have for my own

As I reached down and picked it up

The screen of the phone just lights up

A baby’s face appears on screen

With penitence and innocent beauty

I didn’t have the conscience to keep it

I fiddled about with it for a while

But seeing the child’s face I could not smile

Thinking should I keep it or hand it in

The penitence and innocence of the baby’s face

I decided to give the phone to the driver

Assuming he was honest enough

To return it to its rightful owner

The following day when I recollect

That I should have kept it till it rings

Maybe there would be a reward to collect

But now it’s in another man’s hand

So, thinking I was trying to be honest and blessed

But I am honest

“Being a refugee, seeking safety and running from danger is hard. The system gives us no support. We can’t work. There are all these restrictions on our lives. We’re not treated like a human being. We’re just trying to live like everybody else but we’re not recognised as a person. It is stifling.

I feel like I’ve been trapped in a corner to die sometimes.

I’d be out with friends – it would get late, and they’d go home, go off to eat dinner. I felt left out. I had nowhere to go. No money, no phone. I just didn’t know where to turn.

But even in desperation, I wanted to choose honesty. That phone’s important to that child and its mother. They need it more than me I thought.”

Although Easton still faces many challenges and anxieties, we are grateful that through the generosity of volunteer hosts in our At Home scheme, he no longer has to sleep on the night bus and spend his days searching for somewhere to rest.  We are also grateful that he has chosen to share his talents and creativity with us through his poetry.

We’re always in need of hosts for our hosting scheme, helping destitute refugees in the UK to feel At Home. We are holding an information session about hosting on the 14th of September. Learn more about the ‘At Home’ scheme and meet other hosts by registering here.