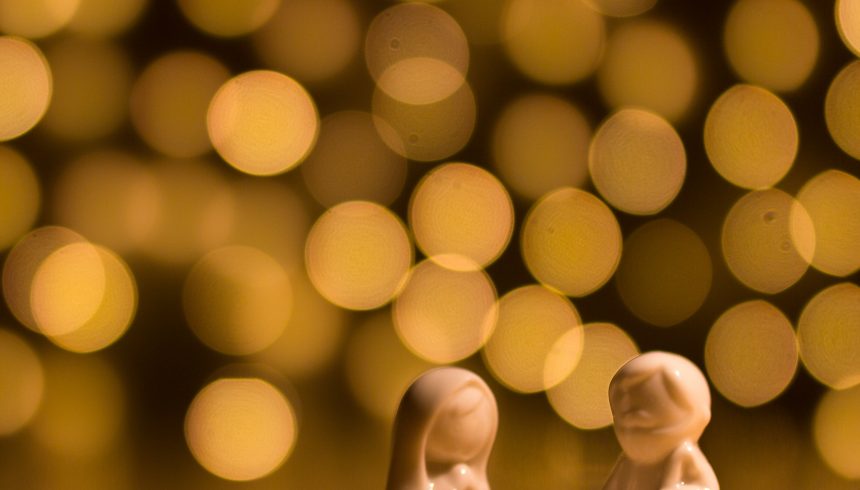 Hospitality of Christmas: An Advent Reflection 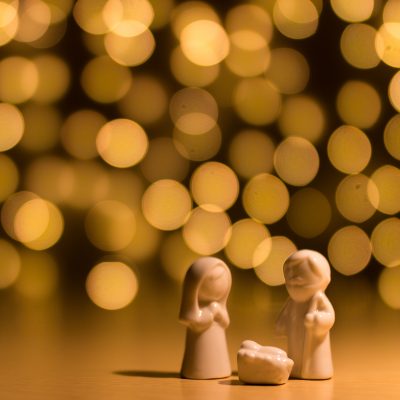 As part of our season of Advent Reflections, Stephen Power SJ considers the Gospel of John and the true message of Christmas.

At Christmas time, I take great joy in the mystery of how the creator of all comes so close to us.  It is a sort of reverse hospitality.  The vulnerable baby, who needs our care, hosts us by drawing us into God’s loving presence.  He did indeed come to his own.  And he came to save those who were lost (Lk 19 v10).  Those, who have left behind homeland and family, can know that there is a person who has preceded them into exile and is always there to offer consolation.  I remember many displaced Southern Sudanese Christians when recounting their trials and tribulations saying in the Arabic, that many were forced to learn, that whatever had happened, “Allah fii”, God is there!  The message of Christmas is that God is not just there, but is there in the most intimate and vulnerable moments of our lives.

The mother of her baby at Bethlehem, while presented in the charming picture on many of our Christmas cards, found that hospitality even at the critical moment of her son’s birth was problematic.  Perhaps the most poignant line from St John’s prologue is the complete sentence, “He came to his own, and his own knew him not.”  The offer of his company was disdained by many of his own people; both at his birth and even more dramatically at his death.  Today, refugees, such as the Rohingya from Myanmar, not only get a poor welcome from ‘their own’ in Bangladesh but also cry out asking why the whole world has abandoned them.  And for us, God’s people has become ‘all people’; the meaning of the visit of the wise men from symbolically all the nations.  We are all responsible for those who cry out for help, even if those starving children in Yemen seem far away from us.

Those who have offered a room to an asylum seeker, perhaps through the JRS ‘At Home’ project, have usually found the consolation of those who do exercise a generous hospitality.  In the film Babette’s Feast, the refugee of that name who comes to cook for two elderly sisters pays back their hospitality by spending all her lottery winnings on a magnificent feast.  One of the sisters, Martine, tearfully says, “Now you will be poor the rest of your life”, to which Babette replies, “An artist is never poor.”    For ‘an artist’ we could read ‘one offering hospitality’.  More than ‘not  being poor’, the giver of hospitality in St John’s words is offered much more, “…for those who did receive him, he gave power to become children of God” (John 1 v12)

Stephen is the Director of the Hurtado Jesuit Centre in Wapping and has previously worked with JRS in Kenya.

Photo by Gareth Harper on Unsplash