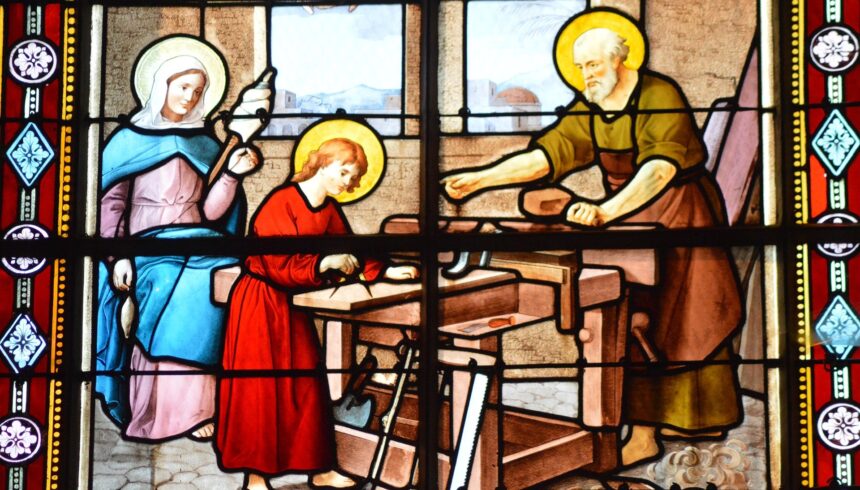 On the feast of St Joseph the Worker this weekend, refugees reflect on the ban on working 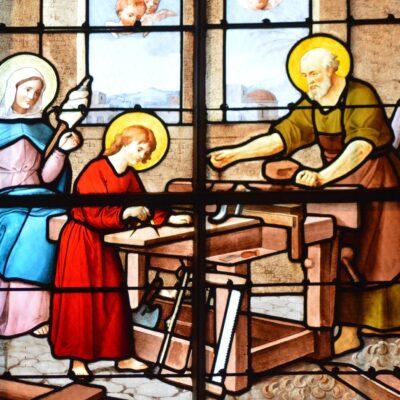 This Saturday 1st May is the Feast of St Joseph the Worker, a day on which the Church encourages us to celebrate the value and dignity of work, and the rights of workers.

The dignity of human work has long been celebrated as a participation in the creative work of God. Through work, human beings are able to care for the earth, and to be productive. Saint Joseph, a carpenter, was given the noble task of caring and watching over the Virgin Mary and Jesus, and he is held up by the church as a model of the dignity of work.

For the refugee friends of JRS, the opportunity to work and contribute to society, is stolen from them. Virtually all asylum seekers are banned from working in the UK, as are those without immigration status.- – regardless of when an asylum claim was made, or how long they have been caught up in a prolonged and confusing asylum process. In addition,  working without permission to do so is a criminal offence.

The ban on work is an integral part of an asylum system that reads those seeking safety with suspicion, only as threats and not as full and complex persons.

The Lift the Ban Coalition

‘Lift the Ban’ is a diverse coalition of 240 organisations including JRS UK– calling on the government to give those seeking asylum the right to work.

The ban on work interferes with the asylum system itself, making it more difficult for people to get the justice they desperately need. Gruelling poverty and destitution is a difficult position from which to navigate the labyrinth asylum system. It makes it hard for people to perform the practical tasks necessary to pursuing an asylum claim, including keeping in regular contact with their solicitor and gathering evidence, often from another continent, to support their claim.

We hear repeatedly from refugee friends we support, of their longing & desire to work, to take part in their communities, gain financial independence for themselves and for their families, and contribute in a meaningful way to British society.

Underlying this is a desire to do something good.

One refugee friend told us:

“If I were allowed to work…I will be able to pay taxes, the system will benefit, JRS can channel their resources to somewhere else…All that money can create jobs.”

For him and many others, work is fundamentally about dignity, agency, and contribution.

Those with a pending asylum claim are typically given asylum support of just £37.75 a week, provided they don’t do something to breach the conditions of their support: like stay at a friend’s house for a week. This is barely enough to make ends meet. And it certainly isn’t enough to save anything at all, which means you can’t buy any of those things that you only have to buy occasionally, but you really cannot do without – like a winter coat. Low levels of asylum support also make it extremely difficult for people to integrate and participate in society. Most social activities cost money. Even travelling to a church or a mosque, or a charity at which you volunteer, costs money. This is the kind of poverty that fosters social exclusion.

Many of those supported by JRS have no choice but to find alternative methods of working for money, opening them up to a greater risk of abuse and exploitation.

One refugee friend told us:

“When you’re working you’re always afraid of being caught by immigration. It’s a choice you have to make. You risk it and go for it or you just wait for the Home Office to make a decision. The Home Office give you nothing; around 35 pounds and it’s on a card, so you are limited. You work to live a decent life because it’s no way you can live with 35 pound a week.” “They make you believe there’s nothing you can do because you can’t work and if you go to work you’re going to get arrested.”

By removing the right to work, the Home Office rob those who are seeking asylum of their dignity, and leave them to live in fear.

It is difficult to imagine the difficulty and pain that refugee friends, and all those with insecure immigration status, experience through not being permitted to work.

As we mark the feast day of Saint Joseph the worker on Saturday, may we remember our refugee friends, and take action so that they can finally be allowed the basic human dignity of work.

Join the Lift the Ban campaign!