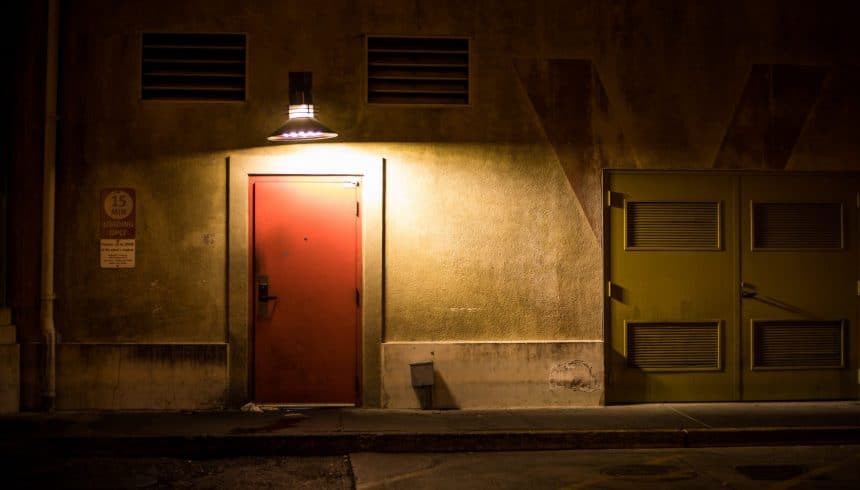 “Mixed-emotions and surreal feelings”: a visit to a Detention Centre

It’s not easy to describe the experience of visiting detention for the first time. Not, as you might think, because of intense feelings of fear, or anger (though these may be a part of it), but rather because it is difficult to understand exactly what it is you are feeling; from the moment you walk in, to the first time you’re face to face with a vulnerable person held inside, and indeed during the days spent reflecting afterwards.

Shortly before Christmas last year, I had the opportunity to accompany our volunteers and staff on their weekly visit to Harmondsworth and Colnbrook Immigration Removal Centres (IRCs), located near Heathrow Terminal 5.

I certainly felt some fear and anger during my visit. I was angry that these two concrete monoliths had so inconspicuously existed, tucked away on the side of a busy A-road that led directly to the town where I grew up, and where I had gone to school, completely unaware a mere 4 miles away. I felt angry at the injustice that hundreds of men and women were being detained in prison-like conditions, and I felt fearful for their futures as they remain held indefinitely. But nothing could have prepared me for the multitude of other thoughts, mixed-emotions and surreal feelings that entered my head throughout the rest of my day.

Initially, I remember thinking how unlike a ‘Detention Centre’ the Visitors’ Reception felt, (though what I had imagined an IRC Visitors’ Centre to be like, I am still unsure). The room felt dated; it was grey, carpeted, clean, and the gentleman on reception had a quiet demeanour. There was a television playing silently up in the corner of the room. It felt more like a help desk at an Airport Park and Ride than the gateway to a Category B prison building. Knowing what I knew about those held beyond the doors and walls around me, the phrase that sprung to mind almost instantly was ‘false sense of welcoming’.

I did not feel nervous about my visit, until we were led silently through what felt like dozens of doorways, and up and down stairwells; each one opened by a different key and locked abruptly behind us as we passed through, obediently following our staff guide.

This was even more pronounced in Colnbrook where each identical looking grey door and off-white corridor, led directly to the next. It felt like we were walking deeper and deeper inside the belly of a beast, further away from the outside world. There were no windows and the too-bright halogen lights made me feel claustrophobic and disorientated.

When we finally reached the welfare office it felt like a dead-end corner of a deserted corridor. But yet, there was a casual queue of men lined up or sitting outside, waiting patiently and cautiously eyeing us up.  We invited each one to sit with us and talk if they wanted, or, if they preferred, to remain silent. It was clear to me then that each man was in a different mental place completely, some vulnerable and distressed, and others giddy and ecstatic at their imminent release. I suddenly became very aware that we were creating a space for these men, a space however small, that allowed us to spend time with them, face-to-face with no judgement, as somebody there to simply listen, away from the impersonal faces of immigration and government systems. I realised this was of immense value; a value that is very difficult to imagine outside the walls of the IRC.

One man who had been detained for some time was working in the welfare office to help his fellow detainees with photocopies. His positive demeanour, and cheerful jokes disarmed me. He told us, very matter-of-factly, that he had been reading the philosophy of Stoicism. “As the Stoics said” he began, “the only constant in life is change. We cannot control the change around us.  If that is true then I will not be in here forever, so why worry about something I cannot control?” His positivity and reflection in the face of adversity is something that has stuck with me since.

When we left our session at the Welfare Office, I became very aware of the heaviness of the barricaded doors. It seemed surreal to me that these doors make sure, in much of the building, there’s no way those detained can even see the sunlight outside the walls, let alone think of leaving. Yet for me it is so very easy to walk through each door, each corridor, past the men congregating by their dorms, through security, and out the front door. The thick locks and keys and heavy chains have no power over me or my day, but for our friends they are everything.

I think of those I have seen and met on my journey home, all throughout the evening and even when I go to bed. I’m warm and safe in my home but they’re all still there and falling asleep in a discord of unrest. Feeling helpless, I am mindful of them. Slowly, I come to realise that the very fact they are in my thoughts, and in your prayers each month, lets them know that although they are isolated, they are not alone.

Inspired by Jo’s experience and want to help those detained in IRCs?

Subscribe to our monthly e-mail ‘Praying with Detainees’, inviting you to a space of reflection and prayer led by a different JRS team member each month

Volunteer with our detention visitor team