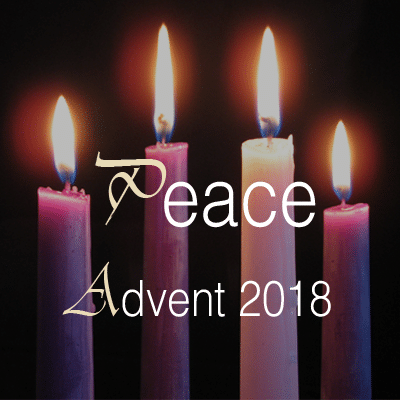 Moved to be God’s Witness

For the second Sunday of Advent, Sr Rosalinda Maog reflects on the theme of peace.

‘Arise, Jerusalem, stand on the heights and turn your eyes to the east: see your sons reassembled from west and east at the command of the Holy One, jubilant that God has remembered them.’

I believe God calls and remembers us from the time we are created in our mother’s womb and that is true even when we are in the worst of situations. The people I visit in detention are just people like me; but they are isolated and suffering. It is unbelievable to witness a fellow human being held and potentially made vulnerable because of the systemic injustice that exists in this country. The UK is the only country in Europe who has indefinite detention and this tragic situation leaves people liable to prolonged detention that is detrimental to the individual’s well-being. Anyone would feel so helpless and powerless, and on many visits I could not bear seeing them go through this situation. Nevertheless, I trust that God remembered each face and story I encountered in my visits. That through the people who generously visit our friends in detention, God is reaching out to them and helping them to be strong and steadfast no matter what.

During one visit, I met John (not his real name), a 21-year old detainee. His parents were murdered when he was younger and his uncle managed to send him to the UK. He was brought to foster parents but he tells me he was abused. He eventually escaped and managed to live around the UK until he was detained for six months.

He was on crutches and distressed when I first met him. When I started asking him some questions, he could barely remember things. Suddenly, I heard him sobbing uncontrollably. I felt both numb and restless. I did not know what to say or do. I could not help but feel his pain and deep down in my heart I just wanted to embrace him. I was struck dumb by his emotional pain and brokenness. Faced with that immense state of pain, I risked to hold his hand and stayed with him for quite a while, allowing him to release an overwhelming emotion and just holding him in that space. I guess we both felt relieved afterwards!

Being helpless and powerless moved me to be God’s witness. I knew from that encounter, I would need to prepare and dispose myself to go where these people go. This means that when they are in the depth of their pain, I could also be in pain. If the person feels helpless and powerless, I could also feel the same. In this way, I learnt to accompany and to be accompanied.

I make every visit not fully knowing the person I will be meeting and what story I will be listening to, I always kept this prayer in my heart, ‘that your love for each other may increase more and more’, Philippians 1:9. This prayer alone moves and urges me to come and immerse myself deeply to the task at hand. As days goes by, I feel stronger to be an empowered and consoling presence to the person I visit.

My journey with detainees has been a sacred space for me to meet God face to face. I am truly grateful, honoured and humbled by each face and story I have encountered.

O Radiant Dawn, send your peaceful consolation to help those in detention and let them know that they are remembered by God. May those who visit people held in detention be given the graces they need to be God’s witnesses, bringing light where there is darkness.