Names matter. We need to keep a more humane, nuanced language when speaking of refugees and asylum seekers 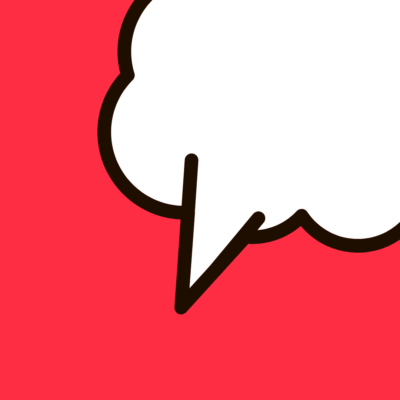 Michael Tarnoky explains why we must not allow inflammatory rhetoric to be normalised or acceptable. We must resist calls to dehumanise, and to divide us against each other. We must insist that all asylum claims are considered, individually, on their merits.

Ignorant, xenophobic, dishonest, dog-whistle, inflammatory, dangerous, – these are all terms that resonate when trying to characterise the increasingly hostile Government rhetoric and recent media statements about refugees arriving in the UK on small boats. In an attempt to double down on victim-blaming we are seeing political targeting and verbal attacks on Albanian nationals in particular. Part and parcel of this are repeated threat, from government officials, to simply reject Albanian asylum claims en masse, without even considering whether claimants are in mortal danger.

These statements and rhetoric are ignorant because they fail to understand that Albanians seeking asylum, like so many forced migrants, face complex issues in their own country. They may face persecution that is not from the state, or problems that may not easily fit into legal definitions of persecution. The burden of explaining exactly how it fits into a particular legal category, should not be placed on the refugee seeking sanctuary. Rather, it is for a fair determination process to establish. And indeed, even our current, hostile, asylum system regularly finds that Albanians are in dire need of protection: 90 % of Albanian women and children claiming asylum are granted some form of protection, as are significant numbers of adult men. Each one of these people is a human being, someone’s daughter or son, brother or sister, someone’s friend. Blanket refusals of protection to Albanians, sometimes mooted by government officials, would condemn these people to persecution. A fair determination process cannot start from the assumption that specific claims are weak at the outset, and therefore treated differently. Justice that operates like this is self-defeating.

This rhetoric is xenophobic because it deliberately targets, and stirs up fear, mistrust and ultimately hatred against a group of people purely on the basis of their nationality. And this spills out into attitudes to and treatment of the wider Albanian population. Anyone who thinks that blaming Albanians for problems that face all refugees isn’t nakedly racist and doesn’t come at a high cost for community relations, is fooling themselves.

This rhetoric is dishonest, because those wielding it know that the system is not failing because of one group of people seeking protection. It is clear to anyone with knowledge of the asylum system that large numbers of people seeking asylum, from a wide range of countries, are in desperate need of protection and have a strong legal claim to it. Of the total number of refugees arriving by boat in 2021, only 4% of claims had been processed – but these had an 85% grant rate. What’s wrong here is not people gaming the system – it’s a system that’s not protecting those who need it, and that is not processing claims. The backlog, indeed, functions as an excuse for not processing strong claims, and therefore indefinitely delaying protection, and the chance for refugees to rebuild their lives. The government are blaming Albanians for the failings of an asylum system that has long been mired by a cocktail of inhumanity, incompetence, and a culture of disbelief, and which is now operating under measures designed specifically to make it even harder to obtain recognition as a refugee. They are covering up a system that no one thinks is working, failing to acknowledge very simple facts about migration, and avoiding any genuine solutions.

It is dog whistle, because they think by using some words and phrases and avoiding others they can evade any serious scrutiny and wash their hands of responsibility for the consequences of their behaviour. If their statements are pinned down, and weighed against evidence and human experience, they fall apart.

Inflammatory, because they are deliberately lying, because they think by pointing the finger at Albanians, they can fool enough people and divert attention from their own failures.

Dangerous, because this continued demonisation of migrants, or any specific group of migrants, seeks to other and dehumanise individuals. Ill-thought and incendiary words normalise hatred and ill-treatment of minorities. They embolden those who would be abusive and violent towards migrants and others on the margins and encourage far-right groups to feel justified in their actions.

We must not fall for this as a society – and that means among other things that we must not allow this rhetoric to shape the way that asylum claims are treated. We must resist calls to dehumanise, and to divide us against each other. And we must insist that all asylum claims are considered, individually, on their merits.