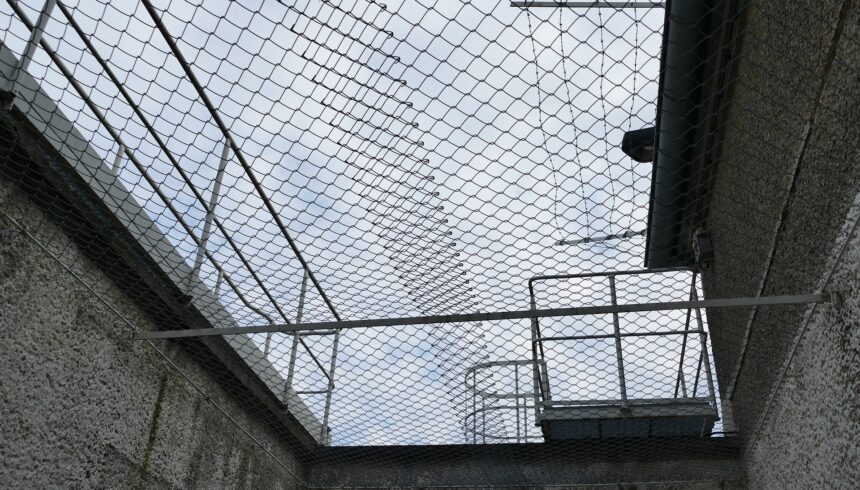 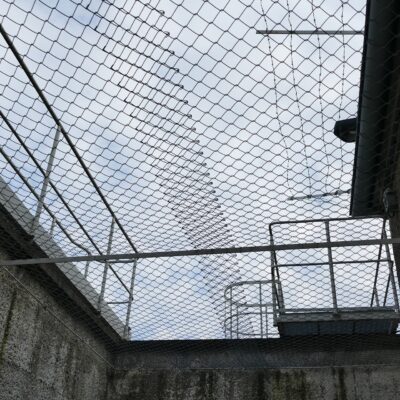 As JRS UK’s Grants Officer, my experience of Napier barracks is largely confined to a computer screen: reading policy reports, news articles and accounts provided by colleagues. Useful material to support our fundraising work certainly, but considerably detached from the actual experience of the barracks and refugee friends who are held there.

I recently visited Napier with the JRS UK team, and unbeknownst to any of us, I would be spending a large part of the day as a translator. I am a Spanish speaker and it just so happened that a group of refugee friends from Latin America approached the JRS UK team that day.

As we started talking, I began translating and interpreting their words, initially helping the team establish their needs, and what JRS might be able to help with. It was my first direct experience of the advice and support I’d written so much of in funding reports and applications and yet in reality knew little of: ensuring people have solicitors, access to healthcare, and sourcing essential items like mobile phones, suitcases and clothing.

One refugee friend we spoke to has an existing medical issue. We made sure he has an appointment with the doctor for it. We go over how people arrived in Napier. Their stories are the same: initial asylum interview, moved into a hotel, and then moved to Napier.

There is a palpable sense of relief on all sides when each person we speak to says they have not received any letters entitled ‘Notice of Intent’ from the Home Office which would denote their asylum claim is inadmissible and that they face the prospect of being forcibly removed to Rwanda.

We move on from the more practical and immediate, and converse amongst ourselves. I explain to one refugee friend that the Napier drop-in centre (in a local parish hall) may need to close for August due to staff and volunteers being away on holiday. He quickly tells me “podemos ayudar” – “we can help” – and asks whether he and his friends can volunteer to keep it open.

Another refugee friend asks me whether I know of any local football teams he could join. As the conversation moves on from football, one refugee friend shows me videos of him competing as a powerlifter, something he is currently training for.

Unsurprisingly, their stories speak of a desire to put their talents to good use, to help others, to be part of a community.

It is a point that shouldn’t need repeating but sadly does – the refugee friends I met in Napier are people with skills, talents, dreams and hopes and a profound desire to use and realise them. To contribute to and feel part of a community. This is unremarkable – they are human beings after all. What is remarkable is the construction of an asylum system based on dehumanising laws and policies engineered to deny refugees the possibility of doing so.

By moving people constantly along different forms of temporary accommodation you unsettle their lives and detach them from the community. By housing people who have escaped war and persecution in fenced off military barracks, you isolate and marginalise them.

What struck me most during my visit was the energy, kindness and welcome I received from the refugee friends I met. It stood-out in sharp contrast to the pervasive bleakness of the barracks themselves.

We are always looking for donations to continue our outreach work in Napier Barracks.