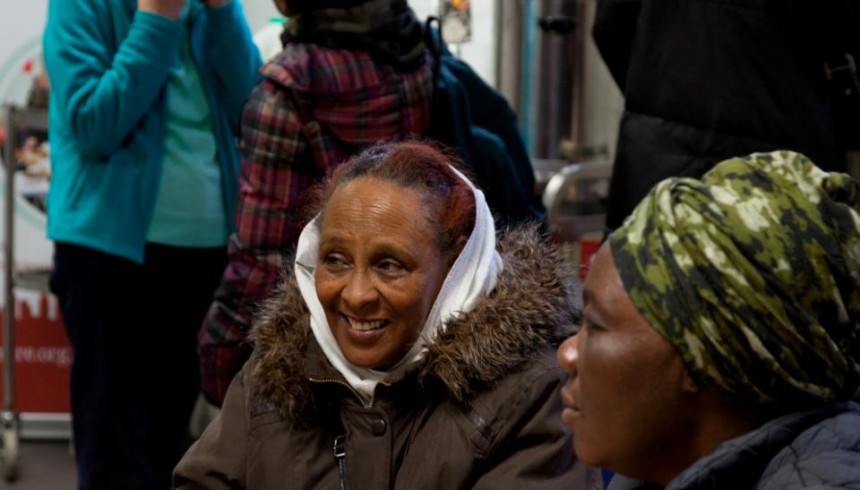 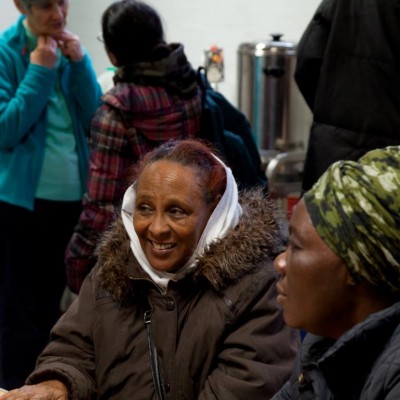 Refugee Week is a joy-filled colourful eclectic celebration of the contribution of refugees to Britain. It has a party atmosphere – music, dance, theatre, film – a vibrant mass of colour and fun. It is always such a welcome boost of positivity against the barrage of hostility to refugees in everyday media discourse.

But Refugee Week will be overshadowed a bit this year. The savage murder of Jo Cox MP last Thursday robbed refugees of one of their champions in Parliament. As a former aid worker, she had real knowledge of the conditions that refugees flee, and had been a vocal champion of the need to welcome child refugees from within Europe in particular. Organisers of Refugee Week have asked events around the country to include some quiet reflection on Jo’s life and contribution.

The attack on the MP in Yorkshire as she arrived at her advice surgery occurred as our day centre in East London was in full swing last week. I was dipping in and out of the day centre that day, attending to meetings and urgent tasks but stopping in between each to spend time with our refugee friends to catch up and chat. Each time I returned to my office I caught the headlines with increasing horror.

Even before news of the attack on Jo broke, the news had been bleak. The day began with the launch of a UKIP poster for the EU referendum featuring a photo of lines of Syrian refugees queuing to cross the border in to Slovenia. It was a shocking poster – both for its dishonesty (mixing EU migration with movement of refugees, refugees who were not even attempting to enter Britain) and its offensive portrayal of those seeking protection from war. I gasped when I saw it. How could politics have sunk this low?

Then the news of the attack on an MP began to circulate, and gradually eye witness accounts emerged of the fascist shouts of her murderer. It appeared that this young campaigning politician, passionate about making the world a better place,had been deliberately targeted by someone who hated what she stood for. As a former MP, I have to say that the news story hit me very hard indeed.

But while horror unfolded in the media, another more hopeful side of humanity was being embodiedin the JRSUK day centre.

Volunteers begin arriving early on a Thursday – religious sisters and priests, young graduates, members of the local parish and refugee volunteers all mingle together with staff. The smell of food cooking starts early too so that I am always starving by 11am. The weekly culinary delights get conjuredon a shoestring with enthusiasm and loveby two of our refugee volunteers. By late morning the centre is a hive of chatter and bustle, the doorbell ringing every few minutes as another refugee friend arrives and is welcomed in.

In the centre last Thursday, there were as usual smiles and laughter, hugs and handshakes. Dark humour about the worst excesses of the Home Office, spilled over in conversation over food along with exchanges about family and snippets of personal history.

I returned to my desk and stared disbelievingly at the unfolding story of savage hateful violence on the screen. I looked up from my desk to see a series of quiet gentle one-on-one meetings between the JRS team and our refugee friends. Meetings filled with patience and mutual care, some yielding practical help, most only a kindly ear.

I glanced back at the image of the UKIP poster, portraying refugees as swamping our borders, breaking our country, draining our resources. My attention on it was broken by the voice of one of our friends, arriving at my doorway. “Can I speak to you?” It was Carine, beaming from ear-to-ear as she wheeled herself in in her wheelchair. We had supported Carine a month ago to enable her to compete in the British Weightlifting Paralympic Championships. Carine returned with a gold medal, which she presented to us, dedicating it to Louise Zanre, my predecessor who died in February, who had been a longstanding support to her through thick and thin. Carine was insistent that we must accept her medal, and display it with her note of gratitude for all to see. It was a gesture of such astonishing generosity that it took my breath away.

Refugee Week will certainly be a bit quieter than usual this year as refugee groups mourn with others the loss of one of their champions. But I am confident that the space the week provides for people to come together will be more than adequate for joy and generosity of spirit to find their own way of breaking through.