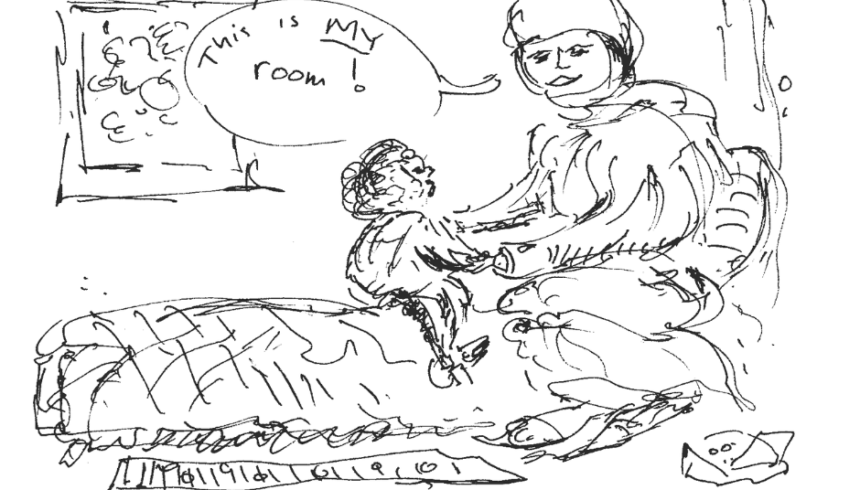 Bill, JRS ‘At Home’ volunteer host, shares with us his experience of hosting a refugee. 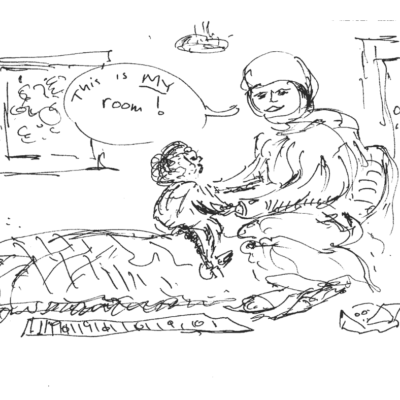 “Jeannie met them in the moonlight, took their gifts both choice and many, ate their fruits and wore their flowers plucked from bowers, where summer ripens at all hours? But ever in the moonlight, she pined and pined away”

These lines are from Christina Rossetti’s poem “Goblin Market”, she warns us to be aware of strangers’ seductions. We are often wary of someone we have never met or do not know giving us presents, and this is usually a wise attitude. This wariness can often extend to strangers themselves, fearful of what they might bring, and of how they might seek to change us. The duty of welcoming strangers, though, is bound to most societies and cultures, and some say that the sin of Sodom and Gomorrah was that of inhospitality.

My wife and I began hosting through the “At Home” scheme in 2017. In the practise of welcoming strangers, we have been open to receiving from them, which is not unlike that which we seek when we go on holiday, which is the experience of a new culture, and that is what they give us.

Our first visitor bought us a gentle appreciation of life’s finer things. He only shared a meal with us once, at breakfast, but he sometimes ate a prepared salad that was in the fridge and declared it ‘fresh’. In the same manner, he admired the contents of our fruit bowl, and told us, ‘In Mayfair, everything is fresh!’. In the morning and the evening, he took a cup of coffee, and went into the garden to smoke, with the words ‘I must have my drugs’. He cared for our garden, bringing plants, which he must have bought himself, because we saw them in a local shop, although he insisted that they had been given to him by a friend who was a gardener in the West End. His gentleness, I am sure, disguised anguish, perhaps exacerbated by years of homelessness, but he had learned to live with it by accepting the good things that were offered, culminating during his stay with us in him receiving a brand new duffel coat from the Red Cross, which filled him with joy. He taught us courtesy, the gift of receiving with gratitude.

Our next guest had been sleeping on a friend’s sofa in exchange for looking after her children. She loved these children, and brought one of them to visit, showed the little girl where she slept, exclaiming “This is my room!”, but she needed a break. From her caring for others. Downcast when she arrived with us, she soon showed a joyful nature. She told us how she was surprised to see us going shopping on our own. “At home, when we go shopping’ she said “ We always knock on our neighbour’s door, and say “Come with us, we’re going shopping”, and a crowd of us go off together.” When she said that she was going shopping” with her friend in Southall, we wondered at her having money, but she explained that it was window shopping. Knowing little about dogs, she loved to watch Crufts on television. She enjoyed small things, she liked to see others happy, and again we saw the innocent delight in the material. She had very little but was full of gratitude. She would sometimes stay with friends and at the end of an evening “talking, talking” they would all bed down in someone’s living room. She taught us about community.

Caption description: Bill’s refugee guest saying ‘this is my room’ when her friend’s child comes to visit.

One of the greatest challenges faced by the refugees supported by JRS is the lack of accommodation. The JRS UK At Home scheme was set up to meet that need, and has provided both hosts and guests with new, enriching experiences of encounter. Strangers bearing gifts highlights some examples of what hosts can gain from the experience. Are you interested in welcoming a destitute refugee?