Sophie explains how detention and detention-like asylum accommodation will be extended. 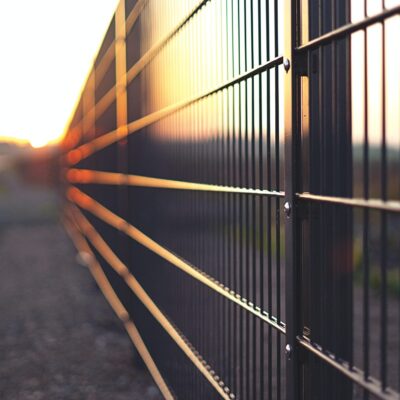 In the second in a series of blogs written for The Tablet, our Senior Policy Officer, Dr Sophie Cartwright, explains the extension of asylum accommodation centres and detention found Nationality and Borders Bill.

“People are coming here to seek protection not to be tortured for the second time”; “I did not feel like a person”; “I would be happy if refugees…were treated like humans”. These are the words of people who came here to seek sanctuary, describing and reflecting on different aspects of life in the asylum system: immigration detention, destitution, and the asylum camp at Napier barracks in Folkestone. Life in the asylum system is gruelling. At its worst, it can be crushing. People are forced to live in limbo and destitution for years, subject to incarceration at any moment. There is such an urgent need for change – for a system that supports sanctuary seekers to live in dignity and participate fully in community. Instead, the Nationality and Borders Bill will make it much, much worse.

In a deeply disturbing move, the Bill makes plans for using asylum accommodation centres on a wide scale.  Shortly before the Bill was published, the government explained that it wanted to expand the asylum estate by providing “basic” accommodation in centres. It has since explained that these are being trialled at Napier. Napier barracks is prison-like and isolated. The conditions are appalling. And although people are not detained, they do not feel free or able to have any control over their own lives. They are cut off from the surrounding community. The site is apart from the town so that people placed at Napier must approach it as perpetual outsiders. The entire setup prevents those waiting for a decision on their claim from getting to know people in the local area. They are ghettoised. This could become the new normal. We face a near future in which people seeking asylum are routinely ghettoised in appalling conditions, kept away from the rest of society.

More people will also be formally detained under immigration powers while their claim is being decided if the Bill becomes law. A big reason for this is that the Bill effectively resurrects the “Detained Fast Track” system for considering cases in the detention –  a system which, as mentioned in a previous blog, was deemed so unfair that it was ruled illegal. I have personally spoken with people who were subjected to the fast track process. As well as the sheer injustice of their botched asylum process, they talked about the way that chunks of their life were stolen as they sat in detention, which has no time limit in the UK: “They just leave you there…It is another form of torture”, explained one young man who was detained on the day he went to claim asylum, and kept in detention, in prison-like conditions, for 6 months. To our shame, sanctuary seekers are often held in immigration detention. Since the detained fast-track process was suspended, it has not been routine to detain people while they have an ongoing asylum case. A bare principle that people seeking sanctuary should not be imprisoned while the government processes their claims was briefly, partially, clawed back. The Bill will sweep it away.

Numerous measures in the Bill will also prolong the asylum process, and build in more twists and turns. Take the process by which the Home Office declares some claims inadmissible. This involves a period of limbo where people aren’t even sure whether their claim will be examined or not. That limbo is agony. This also entails more gaps in the asylum process, times at which a person’s status with the Home Office will be uncertain. These gaps are likely to leave many people destitute. People refused asylum routinely have all support cut off. Many who struggle for years slide in and out of the system. As they struggle to get their case heard and hover on the edge of the asylum system, they also face a struggle to get the very basic, support the government provides to asylum claimants. As a resulted of a prolonged and even more complex asylum system, many more will face periods on the streets.

Refugees we speak to at JRS UK call for an asylum system that allows them to live in dignity, and spend their time well. Asylum reform could be an opportunity to answer that call. Instead, we as a society are crafting further cruelty.

This is an edited version of a blog originally published in The Tablet on 18 November 2021.