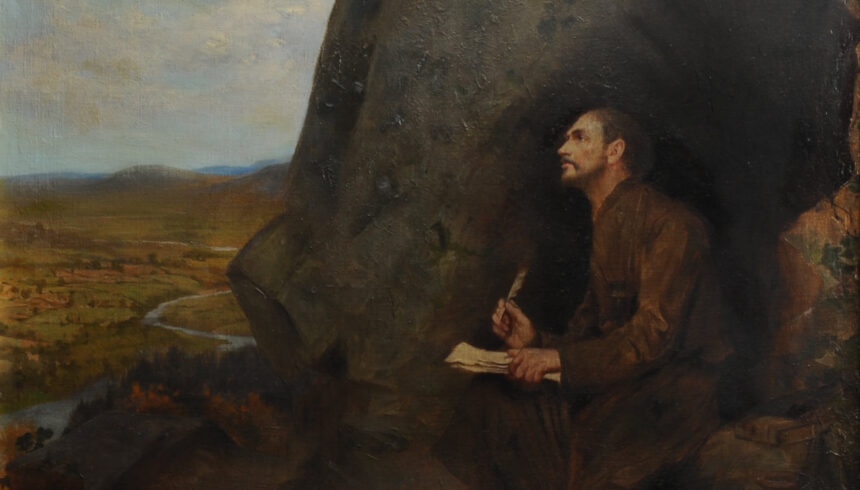 The legacy of St Ignatius of Loyola

“We are not concerned just with the survival of refugees, but with their full development.” 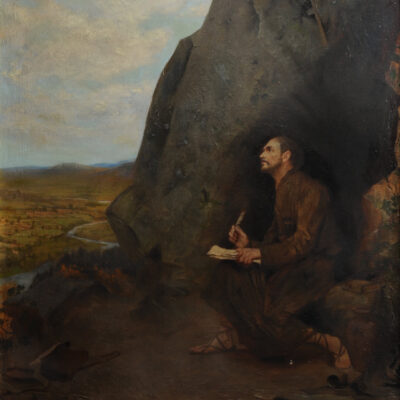 On July 31st we mark the Feast Day of St Ignatius of Loyola, founder of the Society of Jesus (the Jesuits) of which JRS is one of many works. Ignatius remains an overarching presence in the life of the Jesuits to this day and his influence has extended into the work of JRS around the globe. The story of Ignatius’s remarkable life will already be known to many, as will the spirituality he developed, which is a great source of nourishment and fulfilment. Much of his spiritual insight is based on his belief that the presence of God can be found in all things; a person, the natural world around us, an event or encounter, all contain the possibility of experiencing God if only one is attentive enough.

This conviction is one that has made its way into the JRS Charter which states ‘To accompany refugees is to affirm that God is present in human history, even in the most tragic episodes.’ We at JRS hope to be a sign of God’s loving presence to refugees who often face hostility in the countries they flee to, having endured the hardship of being forced to flee in the first place. However, we also find that when we accompany and encounter our refugee friends, we already see God working in them and through them. This is something many of our refugee friends themselves acknowledge when they express their own faith in God. One of our friends described this in our For our welfare, not for our harm report saying: “like the Psalms say, I have walked through the valley of death and I know what it is like, but I also know that God was with me. This was my experience. Both things are true”. The faith behind JRS is a source of hope in the times of great difficulty.

Ignatius placed an emphasis on Jesuits caring for the material needs of poor and marginalised people, as well as focusing on their spiritual needs. Jerome Nadal SJ, one of his early companions expressed it in this way: “The Society cares for those persons who are totally neglected or inadequately attended to. This is the basic reason why the Society was founded; this is its power; this is what makes it distinctive in the Church.” This vision for the Society has impacted JRS as a work, not only in its initial creation to meet the needs of refugees but also by ensuring that priority is given to situations of great need which others are not attending to as a way of discerning the projects carried out around the world. This clearly applies to JRS UK accompanying those who have been made destitute or detained after being failed by an asylum system rooted in the hostile environment which dehumanises them.

Another of Ignatius’s principles guides us in our efforts to act as a counterpoint to this dehumanisation: ‘cura personalis’ or care for the whole person. The hostile environment seeks to reduce people to their immigration status, failing to acknowledge them as fully human. One refugee friend who was interviewed for our most recent report, Being Human in the Asylum System, described his experience at Napier Barracks which is being used as asylum accommodation despite its clear unsuitabilty, saying “I did not feel like a person when I was there. I felt I had lost who I was, like my personality had gone”. Whether it is destitution, detention, long periods of being unable to work or study, the inbuilt injustices of our asylum system routinely strip away refugees’ dignity making them feel less human. At JRS, we are committed to seeking to assist our friends in a holistic way, not merely meeting physical or casework needs but also making space for activities to which they can bring their gifts and creativity, prayer groups where they can explore and share their faith and providing a place of community in which they are known by name and made welcome. Pedro Arrupe SJ, one of the successors of St Ignatius as leader of the Jesuits and the founder of JRS, expressed it in this way, “We are not concerned just with the survival of refugees, but with their full development.” This approach originating in Ignatius’s principles helps us uphold the dignity of refugees.

It may not be initially obvious that the life of a 16th century courtier turned religious leader could act as a continued inspiration to an organization working with refugees half a millennium later. However, a closer look at the life of the man whose day we celebrate, the timeless wisdom and spirituality he shared and the countless lives since that he has shaped, shows the legacy of Ignatius is one which will continue to leave its mark on JRS, the Church and the world around us for many years to come.

Pray our prayer for the feast of St Ignatius

Read more about  JRS UK’s mission and values, guided by the charism of the Society of Jesus.