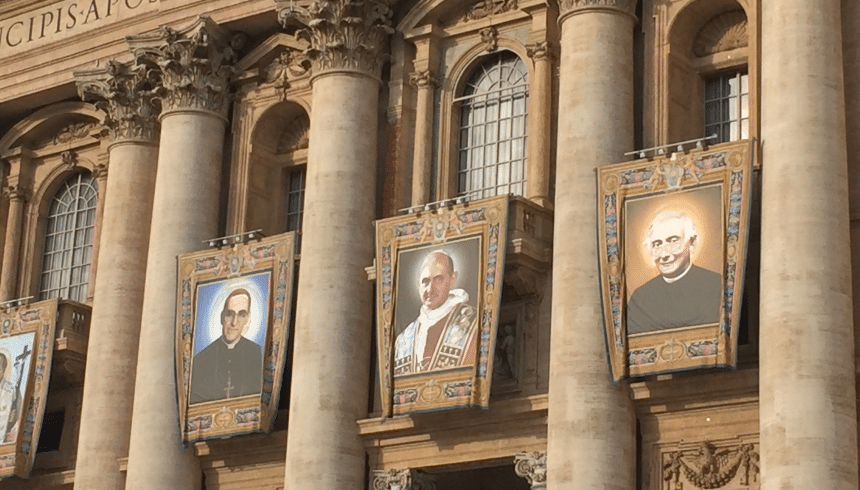 ‘The voice of those who have no voice’ 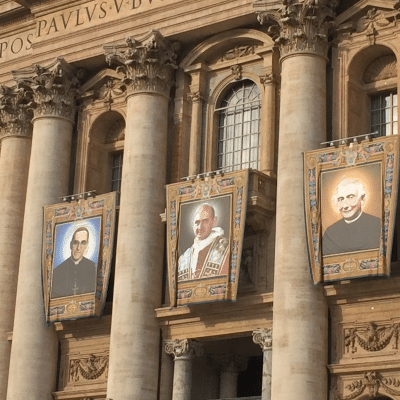 On the 14th October, the Church celebrated with great joy the events taking place in Rome with the canonisation of the now St Oscar Romero. There was much coverage of the event in the following days, with many wonderful videos, particularly those of Salvadorans taking over St Peter’s Square with their flags and banners. The fact that there were many reports in the secular press shows the power his story has in capturing the imagination of people who do not necessarily share his faith. This is no doubt in part to the dramatic events of his life and the courage with which he risked his own life to bring to light the injustices that were being meted out by the government to his countrymen.

Indeed, many commentators have been quick to recognise him as a voice for the voiceless. It is true that this formed a big part of his mission in his role as pastor to all in El Salvador. He himself said in one of his famous homilies that were broadcast via radio across the nation: “These homilies try to be this people’s voice. They try to be the voice of those who have no voice”. It is clear from Oscar Romero’s life that he viewed this giving voice as a key part of the Church’s mission in the world and it is encouraging that this element of his saintly story has been so widely focused on in the reflections of recent weeks.

This summer, we had the great blessing of having a visit from Cardinal Vincent Nichols, Archbishop of Westminster, to our day centre in Wapping. He met many of our refugee friends but had a particularly moving encounter with a small handful who shared in more detail their experiences of life in the UK under the hostile environment policies. This encounter was featured in a BBC Radio 4 programme bringing our friends’ powerful stories to a much wider audience. The stories our friends have to tell can often be distressing; listening again to the radio recording of one of our friends speaking to the Cardinal stirs up many feelings within me: sadness, anger, frustration. One could not hear that voice and not be moved.

All too often our friends at the day centre or in immigration detention are not given an opportunity to have their voice heard in such a way. They are made to feel invisible in our country. This is something that has to change.

At JRS, we are privileged to be part of that mission of the wider Church to be a voice for the voiceless. We are called to speak out like St Oscar Romero did against the injustice that our friends are subjected to. Our outreach work to the wider Church allows us to share our friends’ stories and enable those who hear them to go and be that voice as well. The response we receive from the parishes, schools and chaplaincies we engage with provides the hope that things might change for the better for our refugee friends living here in the UK.

Interested in learning more about JRS UK? Get in touch to organise a speaker from JRS UK to come to your parish, school or community.