Vigil in Honour of Deaths in Detention 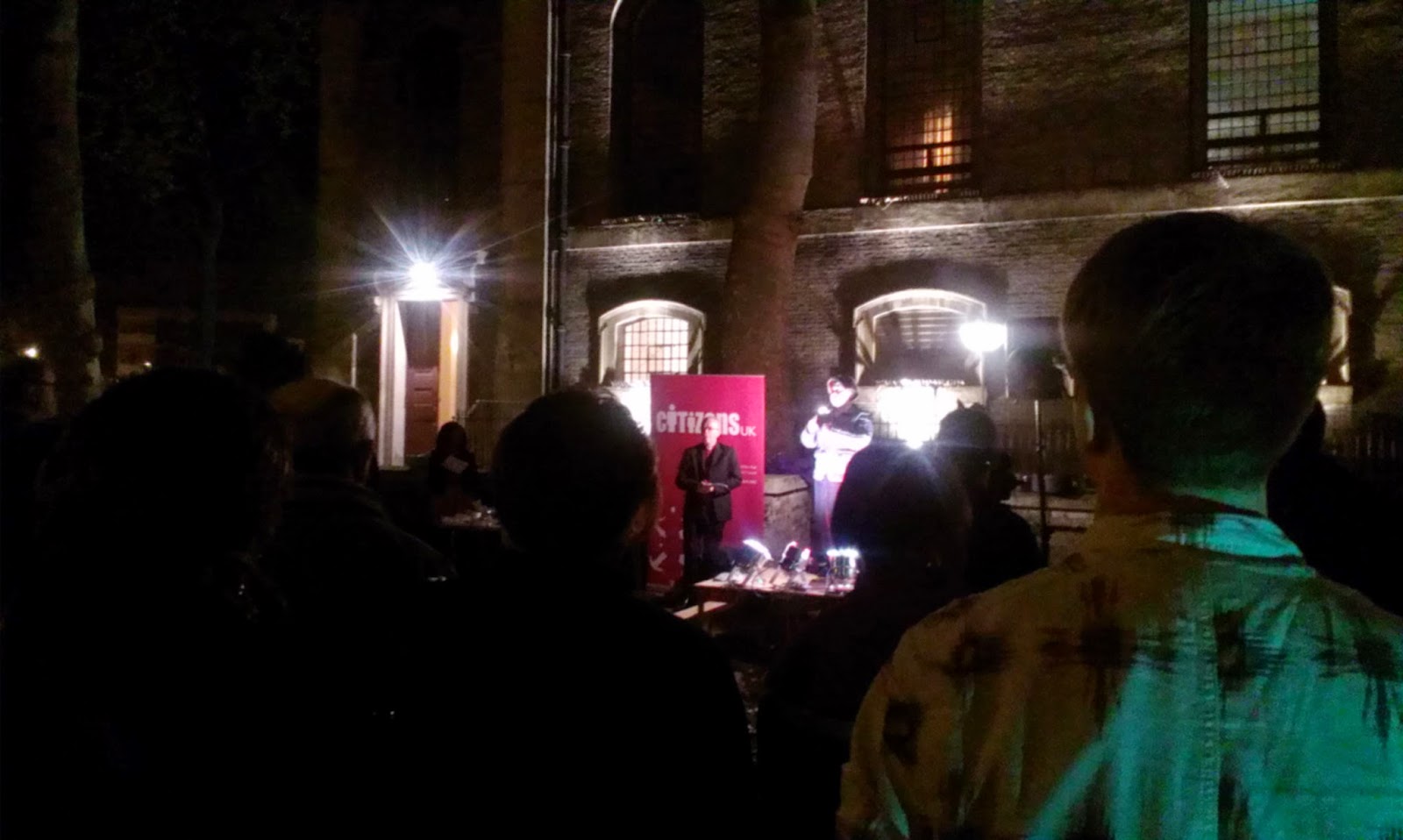 ‘Alexandra’ from JRS-UK took part in a vigil organised to honour the lives of asylum seekers who lost their lives whilst in detention in the UK. She describes why she was pleased to go along to support others.
I went to the vigil to support everyone who has to seek asylum in the UK and everyone in general who are in detention. For me, because I can’t go to the detention centre to support them, I went to show that I am supporting them. I hope that they close the detention because there is no right to hold people like this.
To show everyone that we are together in this campaign, we did a circle, we had lights and candles to remember those people who were in detention and lost their lives. There were 5 people in the last 2 years who died.
I remember the speech of the lady who told when she arrived in the UK there was detention only of a few people, now there are many more.  Someone that day also gave a testimony about how he went through detention. If this person had not been in detention he could have had a college degree by now. People explained their experience. One shared how he was treated, the stress of being in detention, people telling him to go back to his country and he did not know what would happen. And then there was the MP who reminded us that we can make a difference through campaigning and that, for example, ending children in detention. So yes, let’s end indefinite detention!
From JRS we were five taking part. In the audience I noticed around there was a good mix of people: refugees, organisations, vicar from the church, Congo Support Group came, local people from Hackney, volunteers from Citizens UK, people filming, the Bishop from London Churches Refugee Group.
I felt very good on the evening because there are some people who recognise that we are first of all human beings, that there is no need for detention. It is stressful to be an asylum seeker first of all, it is stressful to come to the UK, then to find yourself again in detention… It is good that there are people who are standing up to say that we should stop it. There are lots of people, many voices, so we are a force for change. When I saw the flyer, I was excited to hear that there is campaign to close detention, to put less people in stress.
But I also feel angry. To keep someone in detention, when they are closed somewhere, they suffer inside. When they are locked up, they are not doing the basic things they are used to. They think a lot, they remember the trauma they went through back home. It is not helping. They are isolated. At least at the Day Centre I can come, I can chat to friends. In detention there is no change – it’s monotone.
The vigil was organised by Citizens UK, London Churches Refugee Network, Detention Action and Detention Forum.
More information about the campaign to end indefinite detention:
www.detentionaction.org.uk/timelimit