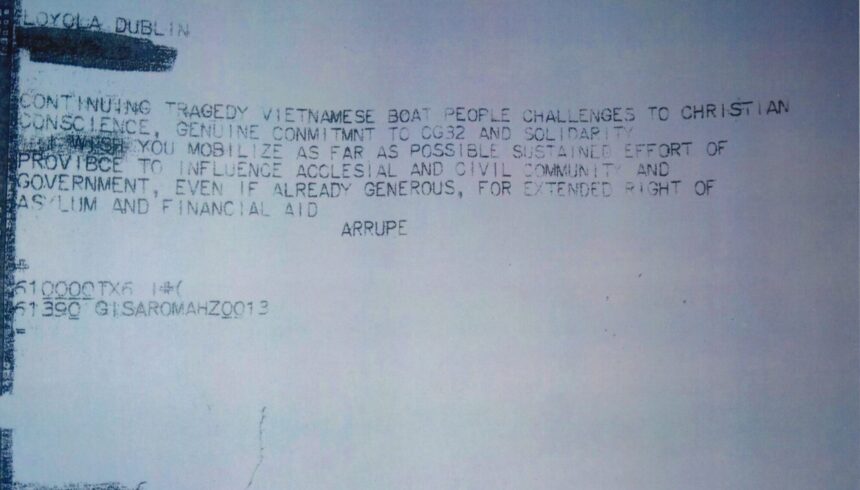 We sit with open hearts 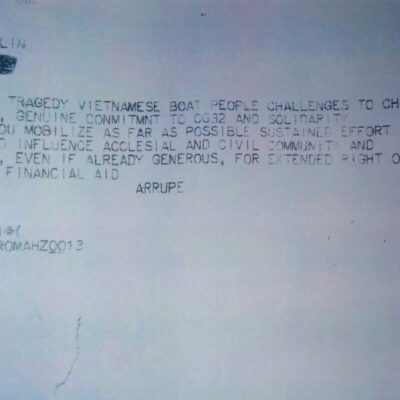 As we mark the founding of JRS and celebrate together the JRS community across the world, Will reflects on the work of the JRS Detention Outreach team and how the call to arms from Pedro Arrupe 41 years ago provides encouragement for us all today.

On the 14th November 1980, Fr. Pedro Arrupe SJ, Superior General of the Society of Jesus at the time, officially founded the Jesuit Refugee Service to attend to “the spiritual as well as material needs” of those who had been forced to flee their homes. As our anniversary approaches we reflect on our founding and work over the past 41 years.

Since our founding, JRS has expanded internationally such that we work in well over 50 countries serving refugees and forcibly displaced people in conflict zones, detention centres, remote borders and inner-cities. Given the size and breadth of JRS’ work, we might assume that our founding came about after much deliberation and consultation; a project thought out to attend to an area of need that the Society had identified and considered for many years.

However, JRS was first conceived by the emotional and human response of Arrupe to those individuals that were fleeing post-war Vietnam at the time. 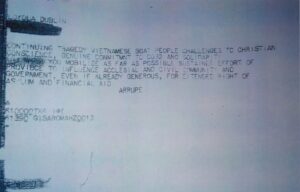 An image of the original telegram sent by Arrupe to Jesuits across the world.

Moved by what he saw, Arrupe wrote – by telegram – to his brothers across the world urging them to offer assistance however they could:

“Continuing tragedy Vietnamese Boat People challenges to Christian conscience, genuine commitment to CG32* and solidarity. I wish you mobilise as far as possible sustained effort of province to influence acclesial and civil community and government, even if already generous, for extended right of asylum and financial aid.”

These two sentences sent around December 1979 set the wheels in motion. Two sentences in which Arrupe asked his fellow Jesuits to assist where they could in attending to the needs of those fleeing Vietnam. An ask which the Society of Jesus answered with such generosity that it inspired Arrupe to officially set up a new international work of the Society to further promote the welfare of displaced persons on 14 November 1980: JRS.

Our work in detention can often be challenging as we are faced with true hostility of the UK’s immigration system that allows individuals to be held indefinitely. Within the constraints of the system, there are times when there is nothing we can do to change a refugee friend’s situation; the decision-making power is outside both of our control. In these moments, our mission to accompany, to be with, to walk alongside takes precedent. In the same way that Arrupe allowed himself to be moved by those fleeing Vietnam, we sit with open hearts with the friend in front of us in solidarity with their cause.

So as we approach our anniversary, we hold onto these words of Arrupe which are as important now as they ever were. We take up his call for solidarity with those fleeing their homes and his ask that we do all we can to influence those in power to offer welcome and assistance to those seeking safety. We hold on to Arrupe’s openness of heart, so moved that his only choice was to act; such that we witness and respond to the needs of those seeking safety. And we remain conscious of the generosity of others as a reminder that we are not alone in our work.

*General Congregation – an assembly of Jesuits from all parts of the world who come together when big decsions need to be made.

Will’s reflection was orignally published in Praying with Detainees:a monthly e-mail inviting you into a space of prayer and reflection by a different JRS team member.

Sign up to receive our monthly email newsletter Praying with Detainees