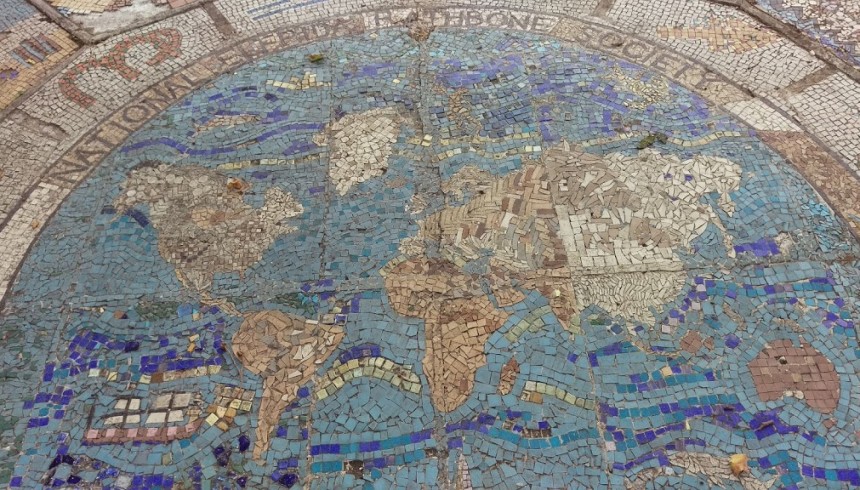 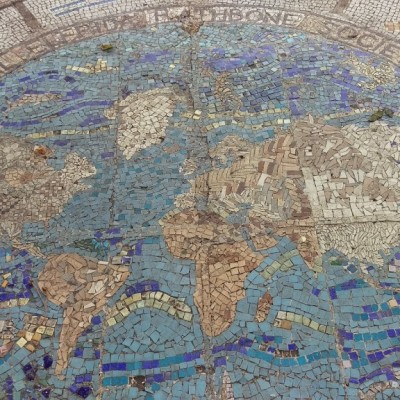 I have lived in London for 18 years and to celebrate I decided to walk around it, yes, the city that is! I came to London by choice, as an ‘economic migrant’ perhaps, but to pursue my career and make my home here. It is a city that I have come to know and love well through friends, politics, culture and community groups. Many of the people I work with now did not choose London, but came fleeing for their safety in search of asylum as refugees. Life in London is a struggle for survival and many of the delights of the capital we take for granted are closed off to them. So this is a gesture, an embrace of my city and a prayerful pilgrimage.

I followed the Capital Ring path which has fifteen sections, 78 miles in total an average of 11 miles a day over the week, starting in Woolwich at the passenger ferry or foot tunnel and working its way through South, West and North London before arriving back in the East End. Each night I returned back to my digs in East London by way of tube, train or bus. All the way around the centre of London is to your right, inaccessible, but visible by the high towers and landmarks of the Shard and Canary Wharf. As I walked I looked out for connections or themes that related to the experience of destitute asylum seekers who live in our city.

In Woolwich on the pavement there was a mosaic map of the world, each country pieced out in colours. In Greenwich, I found the Windrush Primary School, named for those who were invited over from the Caribbean in the last century. In West and North London, neighbourhoods made up of people whose predecessors came here from persecution or conflict. Graffiti with messages such as “Let me live my life” resonated as I thought about the dreams of those refugees I have met who wish to pursue an education or use their skills.

The path takes you through parts of London less well known or hidden – through parks and back streets. It occurred to me that so many of the asylum seekers who live in our city live hidden lives. They have their daily journeys to day centres or the Home Office; these are not counted amongst those of the busy commuters we see profiled in our newspaper headlines. I had chosen to walk, but I know many refugees have to walk: in other countries to safety across dangerous routes and unfamiliar territories or in UK simply because they cannot afford their bus fare.

I know some of our refugee friends sleep in parks or on the night buses as they make their way between insecure accommodation, sofa-surfing or relying on church night shelters. I wondered at many junctures whether the beds or camps I saw along canals or in woods were places where someone had found refuge for the night. I was so grateful to return home each evening, to a hot bath and a meal. I will make more effort to be kinder and more thoughtful next time I welcome a refugee at work who is tired and hungry.

The Capital Ring is well signed and I had my guidebook. I still found it daunting and curious to make my way through parts of the city I did not know or to face passers-by, dogs and isolated corners. How courageous are those who come here without knowledge of the language, culture or workings of our transport, political and social systems, each person finding their way, dependent on strangers, officials and charity workers to go forward in hope and with personal determination and individual resilience.

On my last leg, I took the passenger ferry back across the Thames, reflecting on the journeys many people have made by sea, either as stowaways like a young refugee from Sudan I met, or on the boats across the Mediterranean. I arrived back at the start with a sense of completion and emotion – of love for my city and all those who live here. Those who arrive do so, sometimes not knowing which country they have been sent or trafficked to, or with hope of safety and a new start. May our city truly be a city of sanctuary, welcome and of hospitality – not one of barriers, exclusion or hostility.

To make a donation to JRS UK in response to Kate’s walk around London’s Capital Ring, go to: www.justgiving.com/jesuitrefugeeservice