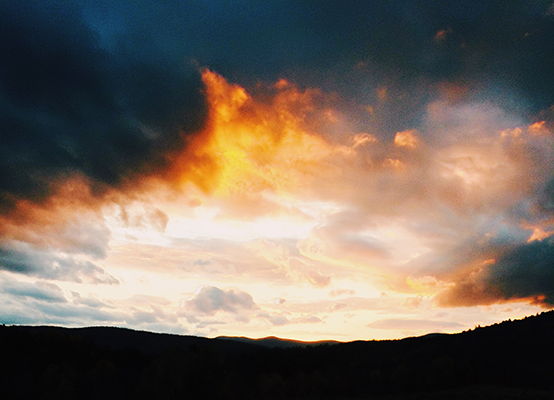 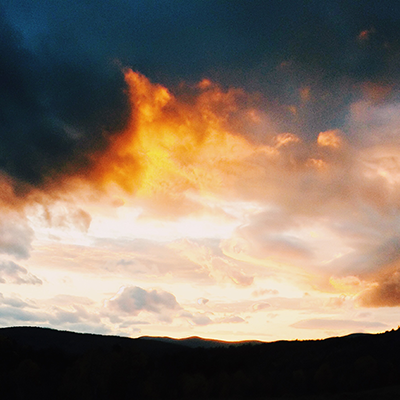 This week we introduced you to Rose, who was accompanied by staff and volunteers at JRS Europe as she fled atrocities in her home country.

Rose had been a professional footballer, playing for many teams across Africa. But when she started playing for the military team of the Democratic Republic of Congo, she began to notice the horrendous abuses the army was perpetrating against the people. Rose could not stand by as the government carried out killings daily.

She began to protest and speak out against the government and leader Joseph Kabila. However, at one protest she was arrested, imprisoned and tortured at the hands of the army. Rose’s courage and bravery drove her to continue to proclaim for the rights of her fellow citizens, even at the risk of her own life.

Today as we reflect on the Sunday Mass readings  with one of the JRS volunteers we invite you to see how God’s light is present even in those times of great darkness.

The joy and hopefulness of the light

“God loved the world so much that he gave his only Son … so that through him the world might be saved.“
John 3:14-21
Today’s first reading describes the events in the sixth century before Christ came when some, perhaps many, of the Jewish people were taken into exile in Babylon (in modern day Iraq) by Nebuchadnezzar II.  He destroyed the temple in Jerusalem which was, for them, God’s presence among them, and took away everything of value.

The Psalm (136) which is used in today’s readings describes how the refugees felt:
‘By the rivers of Babylon, there we sat and wept, remembering Sion.
On the poplars that grew there, we hung up our harps . . .
How could we sing the song of the Lord on alien soil?’

Not until almost seventy years later could they return, when the Persian king Cyrus decreed that the temple could be rebuilt and allowed the Jewish people to return to do this.

The parallels with the plight of so many refugees today are striking – driven out of their homeland, often forced to witness the destruction of everything precious to them, unable to return perhaps for a generation or more, if ever – their sadness and suffering often made even worse by the hostility and lack of concern of the governments and often the people of the countries they flee to.

However this passage is read today not to focus on the suffering of the exiled refugees but on their salvation – brought about through King Cyrus, who arranged for their return and even helped pay for the rebuilding of the temple.  This is the theme taken up in the Gospel reading,  where a Pharisee called Nicodemus came to Jesus at night to find out more about him.  Saint John, who wrote this Gospel, pictures the world as a place of darkness, into which the light is to come; it’s a powerful image – anyone lost in any kind of darkness will understand the joy and hopefulness of the light.  Jesus talks about himself as a messenger of God’s love sent by God: ‘God loved the world so much that he sent his only Son . . . so that through him the world might be saved.’

The salvation brought to us by Jesus Christ is different for different people.  For refugees stuck in the darkness of exile from their homeland, perhaps in a hostile and unwelcoming country, the light might be tolerance, welcome, care, and love; light which Jesus Christ longs to give, through the hands of his followers.

Rose’s story was first published in ‘Journeys of Hope’, a JRS Europe publication. We are grateful to JRS Europe for allowing us to share this story with you.