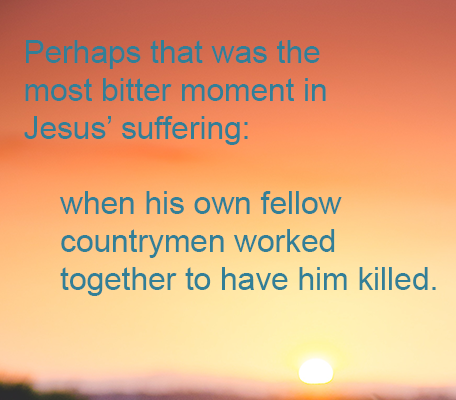 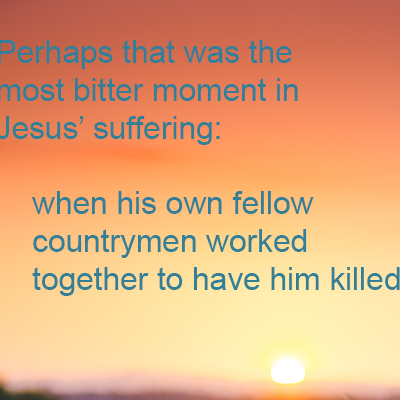 This week we introduced you to Ufuoma, who is accompanied by staff and volunteers at JRS UK, where she regularly attends out Day Centre.

Ufuoma had fled to the UK with her family in the hope of safety and the opportunity to rebuild her life. However, once her claim for asylum was refused she became dependent on the work of charities, moving from centre to centre. When she saw how many people were forced to be reliant on others, Ufuoma could scarcely hold back her emotions.

“People are suffering. People are in pain. Not just me, but I see people who are in pain and I feel so hurt. They need help these people. If only the government would see.”

Although Ufuoma’s journey to gaining immigration status is a long struggle, the support she has received from JRS and her faith in God has given her hope for the future.

Today, as we reflect on the Sunday Mass readings with one of our volunteers, we invite you to encounter Christ through the lives of refugees.

“I did not leave my country, I actually fled”

“Pilate asked them, ‘Why? What harm has he done?’ But they shouted all the louder, ‘Crucify him!'”

On Palm Sunday we tend to think more about the events surrounding the arrest and death of Jesus Christ, which are recounted in the main gospel reading today, rather than the event which gave today its name – Jesus’ entry into Jerusalem, on a carpet of palm branches.

A few days earlier Jesus was staying at Bethany, about two miles from Jerusalem.  While he was there he raised Lazarus from the dead, and many people came from Jerusalem to Bethany to see Lazarus.  This enraged the religious authorities, who then decided to kill Jesus and seemingly they put a price on his head – thirty pieces of silver.

St John tells us that the people were gathering in Jerusalem for the Passover, and wondering whether Jesus would come.  Since he was a child his parents had always gone there to celebrate the Passover festival.  But now it was fraught with danger.  Nevertheless, Jesus did travel to Jerusalem – Passover was too important to Jesus to miss – but before the feast began someone told the religious authorities where to find Jesus, and he was arrested.

Only Pilate could authorise the death sentence, but he was unwilling to do so.  Only when a crowd of Jesus’ fellow countrymen started an angry demonstration demanding that Jesus be killed did Pilate give way and authorise it.  Perhaps that was the most bitter moment in Jesus’ suffering – when his own fellow countrymen, who followed the same religious faith as he did, worked together to have him killed.

His plight was similar to many others today who flee their country, driven out by their own fellow-countrymen, and become refugees.  Jesus probably had that option; he could have left his homeland, or at least kept well away from Jerusalem, and lived the life of a homeless beggar in some unfamiliar place.  It would have meant never again being able to celebrate the festivals of his faith in Jerusalem, driven away by his own people.

A refugee who is being helped by the Jesuit Refugee Service in the UK was asked why he had left his country.   He replied: “I did not leave my country, I actually fled . . . I didn’t even have time to say bye-bye to anyone, I actually was fleeing for my life.”  Now he is being driven out again by us who live in the UK.  We can see on television the plight of thousands – sometimes hundreds of thousands – who are driven from their homelands, or killed.

When we ponder the terrible events of Holy Week, we can think too of the millions of refugees who confront the same appalling situation as Jesus had to face – get out of your homeland or be killed.

JRS UK are grateful to Ufuoma for sharing her story with us. Please do not reproduce without permission.

Photo by Sapan Patel on Unsplash