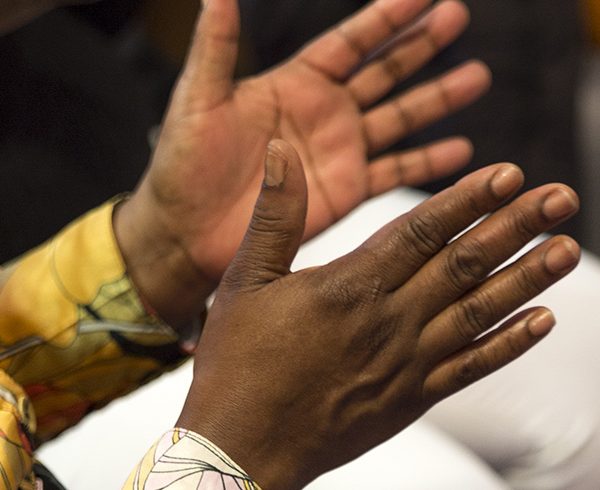 Saturday of the 4th week of Lent 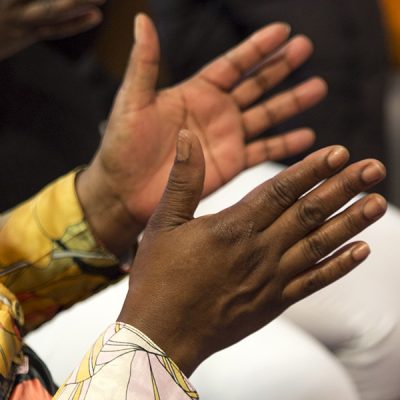 “One of them, Nicodemus – the same man who had come to Jesus earlier – said to them, ‘But surely the Law does not allow us to pass judgement on a man without giving him a hearing and discovering what he is about?’”

As we come to the end of Cecile’s journey, where are we, like Nicodemus in today’s reading, called to stand in solidarity with those pushed to the edge of society?

“With my last letter, my solicitor told me that the judge had ruled in my favour, but we should be cautious because I got refused after this happened before. I waited, then he called me to say that the deadline for the Home Office to challenge the judge had passed, so hopefully this meant that the Home Office was going to send a positive response. I still didn’t believe it. I was praying, and saying God’s will be done.

“A week later, my solicitor rang when I was in hospital. He said there was a letter and it was good news. I went to get it that afternoon, straight from hospital.”

Cecile was finally granted leave to remain. She is now able to access the protection to which she is entitled, but most importantly, after 10 long years, she has a place she can call home.

“Even after I was granted leave, I still didn’t really believe it. After 10 years I just couldn’t believe it. Where I’m staying now, I just feel as if I’m living in someone else’s house. I play music to praise the Lord and I pinch myself and say, is it really me or someone else? I love life.”

Her experience gives her particular insight into the workings of the Home Office:

“The Home Office don’t really consider asylum seekers to be human, even though you are a human being that God created. They don’t see the person, or what the person went through, all they see is a person lying. The Home Office has got a way of making people suffer. They really know how to torture people. I want to tell Theresa May that she should have the heart of mother. Even if a mother’s heart is hard, is harsh, she understands her children. Politicians need to understand.”

The plotting of Jesus’ downfall thickens as we come to the end of the fourth week of Lent. It will gather momentum over the next couple of weeks and finally lead to Jesus being crucified on Calvary.

An assortment of human traits weaves the plot together. On the one hand, his listeners want to believe and trust, ‘Surely, he must be the prophet?… the Christ?’ but, on the other, continue to harbour doubts about him, ‘…but, would the Christ be from Galilee?

These anonymous listeners, often named collectively in Scriptures as ‘the crowd,’ can’t quite make up their minds about Jesus of Nazareth. They display the fickleness that touches us all!  The scribes and pharisees have made up their minds. They are closed to the possibility that this could be ‘the Christ.’ Their fear, envy and greed have closed them to any new revelation of God. The dynamic is set for the scapegoating of Jesus and ultimately his death.

We, and society, often seek to make scapegoats; people to displace or carry the blame for things that have gone wrong or shame us. Systems built around hostile environments create scapegoats of asylum seekers and migrants. They raise ‘the crowds’ suspicion that those who desperately need our help and support are not really who they say they are.

As we journey through Lent, we seek to understand our own contribution to scapegoating mechanisms. Help us Lord, and make us free!