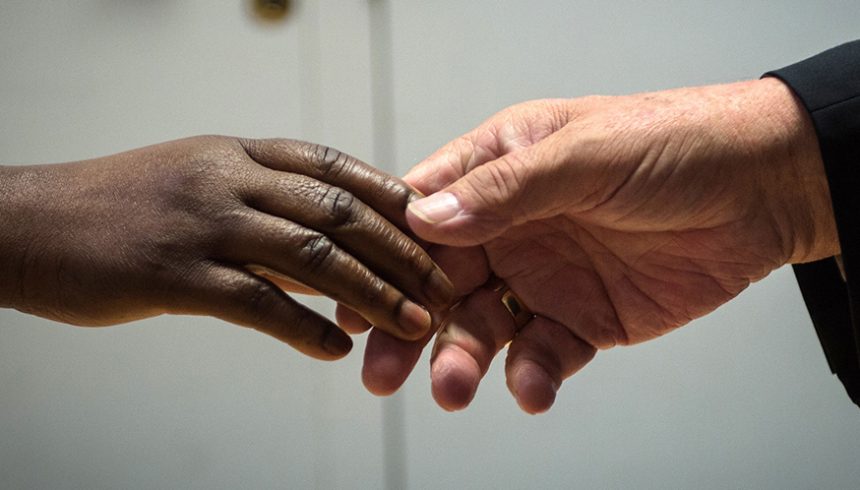 Thursday of the 4th week of Lent 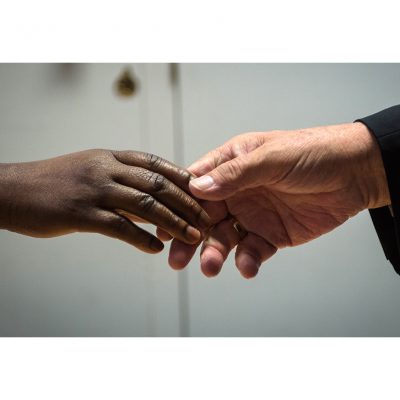 “O Lord, remember me out of the love you have for your people.”

As we walk alongside Cecile, let yourself be carried forward by her unshakable faith in the Lord’s love.

Cecile’s appeal was refused. All of her previous support was cut off and she was left completely destitute. Unable to work, access benefits or rent property, people in Cecile’s situation are reliant on the support of friends and charities.

With the help of a friend, she found a solicitor to put in a fresh asylum claim. This required Cecile to find new evidence to submit alongside her previous claim in an attempt to prove to the Home Office the persecution she faced back home. A fresh claim meant that Cecile could access Home Office support and housing, however this often meant being removed from the support networks she had spent time building. Cecile was in the asylum system for ten years. Over that time, she lived in 9 different cities.

“I cried a lot because I had to move so much. It was hard. In London, there are lots of charities and it’s easier to get around, so it’s my favourite place in the UK. But when I moved, I kept telling myself ‘it’s still the UK, you’re still safe’. I just wanted to feel secure.”

It is common for people to be forced into the cycle of dispersal to different cities and total destitution. This was Cecile’s experience.

She ended up destitute and in London, when a friend directed her to JRS.

In our fourth week of Lent, we hear again how the Israelites, freed from slavery, turn away from God. The journey across the desert is long and tedious and memories of captivity, with its hardship, are easing away or being relativized by the fear of an uncertain future. Captivity didn’t seem so bad after all!

Echoing something of ourselves, on our journey of life, they quickly find other things to put their faith and trust in. They begin to create idols – a molten calf – of material things to worship. How many of us do the same? Putting faith and trust in transitory things which offer immediate gratification but then leave us feeling listless and dry.

For refugees and asylum seekers, the desert crossing can last for years. Cecile spent ten years in the asylum system waiting and hoping for a positive decision, and I came to know her personally and know something of her struggles. Unlike the Israelites, her faith didn’t falter. She learned to endure hardship and isolation, suspicion and mistrust. She suffered destitution and humiliation, doubting herself and her own self-worth.

And yet, within that same desert period, she also discovered the consistent fidelity of the Lord’s presence, the consistent and faithful love of the Lord who accompanied her throughout, reminding her of her intrinsic value in his eyes.

Today, as we reflect on our own desert experiences, and pray for refugees like Cecile, we pray with the psalmist: O Lord, remember me out of the love you have for your people.