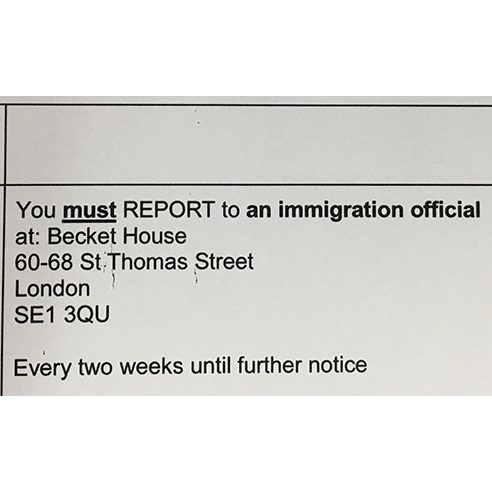 Thursday of the 5th Week of Lent 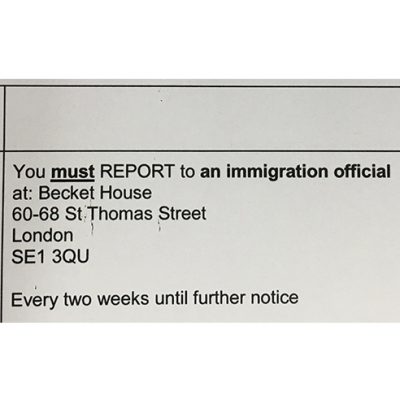 “He remembers his covenant for ever, his promise for a thousand generations,

the covenant he made with Abraham, the oath he swore to Isaac.”

As we listen to Christian’s story today, where do we sense the Lord’s presence, his presence that will last forever?

When Christian was first detained, he spent 3 months in Colnbrook. He was able to submit an application for immigration bail that was accepted and he was released from detention. However, he was now required to report to the Home Office every two weeks at Becket House.

With the support of a solicitor, Christian appealed the decision of his initial asylum application and, in the meantime, returned to his previous job.

“It was like a family the people there. They were good to me.

“Life was good – I’d go to work in the day. I came back to my friend’s place where I could shower and rest. I’d sometimes watch a bit of television, and then would sleep. I felt like I was contributing, like a part of society.”

Unfortunately, Christian’s appeal was unsuccessful. The next time he went to report he was taken again to detention.

We invite you to take some time with Christian’s journey and today’s readings, and join Sr. Rose Mary, a volunteer with the JRS Detention Outreach team, in prayer and reflection.

As we approach the end of our Lenten journey we see more and more the frustrations that Jesus had to endure with so many questions and challenges. As we see in today’s Gospel from John even his own fellow citizens declared that Jesus was possessed – protesting his credibility as a true son of Abraham. “Who are you claiming to be?” they said.

So many times our friends in detention are asked the same question, “Who are you claiming to be?” There is so much distrust and refusal to hear the story of these people who seek a new life, prepared to leave their country to obtain freedom and escape violence and injustice. But these men and women hold on to one truth: that they are human beings, created in God’s image, and born with rights to be free. How to get that across to the legal authorities is the cross that they carry each day in detention and while on bail awaiting a decision about their future.

As our journey nears its end, let us pray for those who are called liars, and not accepted in our society because of a different legal status, different language or culture. Let us remember that “God’s covenant is for all generations” (Ps 104).