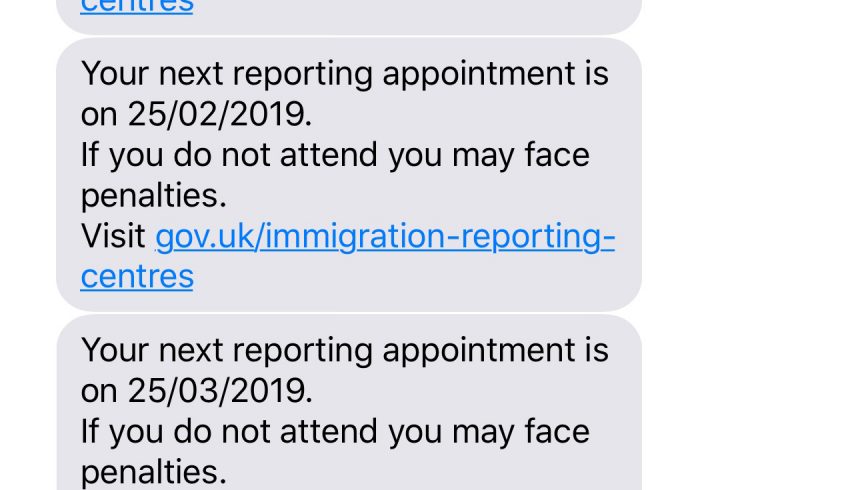 Wednesday of the 3rd week of Lent 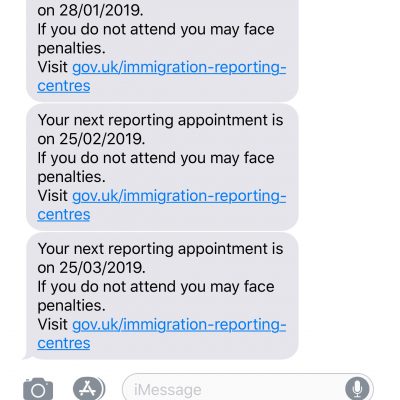 “Do not forget the things your eyes have seen, nor let them slip from your heart all the days of your life; rather, tell them to your children and to your children’s children.”

Throughout Lent we walk alongside our refugee friends. As we hear the challenges that John faces, what catches your eye? What remains in your heart?

After four months of being in detention John was released. Once again he was required to report to the Home Office, an experience that John continues to find incredibly difficult.

“It gives me stress, so much stress. Each time I go there, my blood pressure goes very high. I feel dizzy sometimes.”

The Home Office requires John to regularly report as they fear that people in John’s situation will try to run away and remain in the UK under the radar. The reality for John is that he finds himself trapped in a cycle of stress and anxiety as he is always ‘liable to be detained’.

“They text you three days before you go, that’s when the stress starts. I lose my appetite. I don’t sleep at night, stress, all sort of other things. It’s a lot of stress for me in my health. So I don’t like it at all to be honest with you.”

John will often make sure someone knows when his day to report is so that they know whether he’s been detained or not.  Sadly, his fears turned out to be well founded:

“I was detained again. That time I was taken to the Verne. I was there for about three weeks”.

As we have walked alongside John this week, we have heard how he was detained twice, once in Dover and once at the Verne in Dorset. Both times he was taken when he was reporting at the Home Office in London. Like many of those who experience detention, John was taken far from any friends, family or community he had in London and separated so that it was extremely difficult to maintain contact with those who had supported him.

Volunteer: Detention visitor groups can be a real support for those who find themselves in detention. Not only does it start to break down the sense of isolation but it assures those in detention that there is someone out there thinking about them – that they are not forgotten.

There are a number of visitor groups around the country that you can support – The AVID directory is a great place to start. JRS UK accompanies the men who are detained in the Immigration Removal Centres near Heathrow. Get in touch if you’d like to know more about visiting with our detention outreach team.