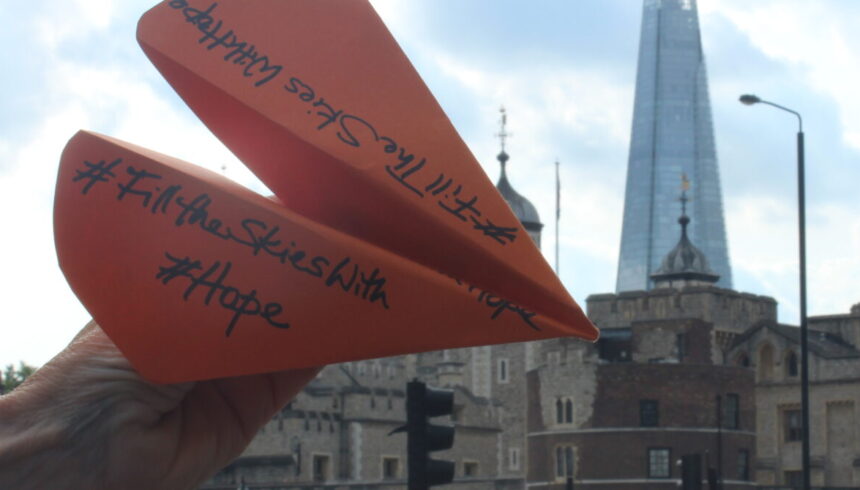 In the meantime, we have tried to #FillTheSkieswithHope - sending this message to our MPs 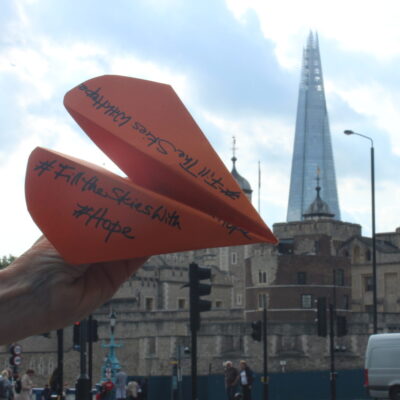 The JRS UK Detention Team were accompanying 28 men who were caught up in the UK’s new inadmissibility processes and were threatened with removal to Rwanda when the first flight was scheduled for departure on the 14th June 2022. Due to the lack of accessible information, these men faced serious difficulties in receiving legal advice.

During these intervening six months, refugee charities and individuals have challenged the Government’s Rwanda plan in the High Court claiming that the Home Office has adopted a procedure for sending people to Rwanda which is unlawful and unfair. JRS UK provided evidence to the case brought by Asylum Aid. All court hearings have now ended, and judgement is expected before Christmas.

The Government’s plan to banish people to Rwanda gives newly arrived asylum seekers just 7 (if in detention) or 14 days to understand what is happening to them, access legal advice, and put forward evidence and arguments as to why they should not be sent to Rwanda. If a decision is then made to send them to Rwanda, they have just 5 working days to get to court to stop their removal.

The challenge to the Home Office was that 7-14 days was insufficient time for a person who has undergone an often-traumatic journey to understand what is happening, gain access to legal advice, and deal with all the complex issues arising. Extensions can be requested if more time is needed in a particular case, however, the Home Office does not tell asylum seekers that they can ask for more time if they need it. This information is not in the published guidance, or the ‘Notice of Intent’ issued to the newly-arrived refugee. In fact, the evidence presented to court showed that in some cases the Home Office did not respond to a request for an extension of time, and when it did, the extension of time was for a brief period which was still insufficient for a fair process. In short, the fear is that there is a real risk of people being put on a plane to Rwanda without a fair procedure being followed and without having a fair chance to properly make their case in court.

We know that those seeking asylum in the UK do so because they have family or friendship connections here and because we still have a reputation for fairness and decency. If we had to flee danger, war and famine, we too would wish to go to somewhere safe and trustworthy, where we might work and raise our family. The increasingly hostile environment is not an effective deterrent for people who are desperate to reach safety and rebuild their lives, it is a cynical, cruel, and unworkable plan. In a bid to bring some hope into this issue, we joined the Together With Refugees coalition to try to appeal to a better way forward and instead of shoddy, unworkable, expensive plans to send men, women and children to Rwanda, to rather #FillTheSkiesWithHope. To this end, we converted orange paper hearts into planes and filmed refugee friends, volunteers and staff, holding their heart and appealing to our MPs and government to “Have a heart for Refugees”.

We now await the judgements from the High Court and we hope the courts will bring some humanity and common sense to bear on these inhumane plans, especially as we approach Christmas. In the meantime, please do join us with our efforts to #FillTheSkiesWithHope and ask your MP to have a heart for refugees.