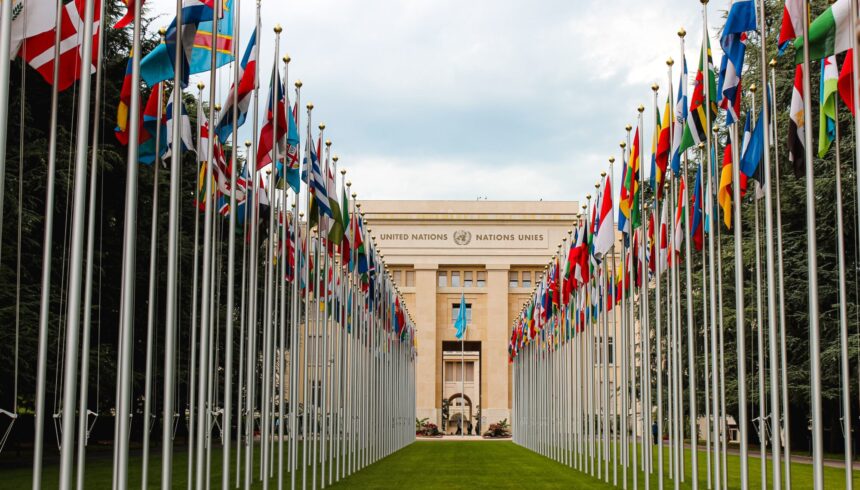 70 years of The Refugee Convention 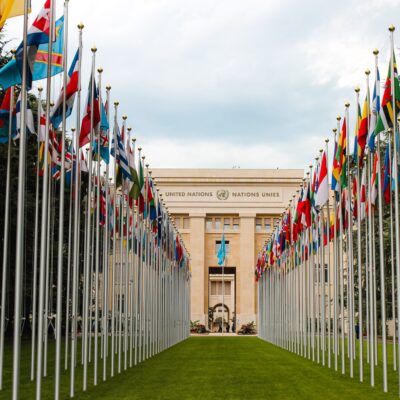 On the 28th July, 1951 the Refugee Convention was signed at the United Nations. The convention outlines principles and guidelines that protect the rights of people fleeing violence, conflict, persecution and human rights violations in search of refuge and ensures that seeking asylum remains a fundamental human right. With millions of people forcibly displaced, the provisions of the Convention are as important today as when they were drafted.

Members of the JRS community reflect on what it means to them, and its impact today, 70 years after it was signed.

What impact has the refugee convention had on your life?

“I came to the UK to join my ex-husband and reunited our family with a daughter missing her dad for a few years.  I came to the UK with no English and no awareness of the new society, new culture and environment.  We started a new life here with the right to study, accessing the services provided to us and the chance to improve our lives.  I found it difficult in the first two years but with the support from local organisations I got the help I needed and I became aware of my rights, which led me to the role of advocating for other people who are newly arrived to the UK and supporting them in finding their ways to integrate with society.  ”

“The Refugee Convention represents a key commitment to offering sanctuary to those who need it.”

“I am of Palestinian heritage and we have one of the largest populations of diasporas around the world. The refugee convention enshrines basic freedoms for people seeking asylum, so it has particular relevance for people like me who come from conflict backgrounds.”

“I have personally benefitted from the refugee convention specifically in regards to the right to education. Even though this was enshrined in the convention it took a Judicial review case from me and a friend who was studying cancer biology to secure a place at university. Nothing more proves that the UK government has drifted from the understanding of a person’s basic right than this.

The right to improve ones mind not only benefits the Individual but also benefit the community that they belong. Affording them an education is a path to becoming a model  citizen and they can also use their knowledge to better their communities. ”

“I care deeply about protecting fundamental human rights. The Refugee Convention and its 1967 Protocol help protect some of the most vulnerable people in the world, and are legal instruments that I refer to frequently in my role when preparing legal cases. The Convention recognises the international difficulties faced by refugees, details the protection and rights that can be expected, and also highlights the importance of unity in trying to address this urgent problem. ”

“The Refugee convention is a fairness law in favour of those who have been deprived from their rights and are likely to face persecution, by giving them a new hope, a new home. The convention means a lot to our refugee friends as it ensures that their human rights are respected and protected. This valuable convention has saved our refugee friends lives and helped them to build a new permanent life in the United Kingdom. ”

Why do you think it was so important to draft this convention 70 years ago?

“I believe because it was the right and humane thing to do. Those 40million displaced people needed to have their humanity protected. ”

“The creation of the Refugee Convention was a moment at which global society came together to try to say that doors would be open to those fleeing persecution. That hasn’t always been the case. It wasn’t before – it was partly a response to doors having been slammed shut. This was a moment at which we decided to protect human beings.”

“I think it was important to agree on refugee rights for people to move freely and seek asylum from their countries which were dangerous places for them and their families to live in. By this refugee convention we felt like we were treated like human beings not as a slaves or those who don’t have the same rights as others. Every refugee got the opportunity to live a life closer to their desires and the freedom to share their own opinion and speaking on the experience of vulnerable people back home. This refugee convention allowed skilled people to appear and they became very effective in European societies.  ”

Do you think it is still relevant today?

“It is still relevant in today’s society. Within a hostile environment and the negative images perpetuated by the media towards refugees, the 1951 Refugee Convention acts as a tool to protect the most vulnerable and marginalised groups in society. ”

“Unfortunately persecution, violence, conflict and human rights violations still force people to flee their countries in search of refuge. With millions of people forcibly displaced, the provisions of the Convention are as important today as when they were drafted. ”

“Very much so.  Why? Because it is the right thing to do. When one is faced with a difficult choice, doing the right thing is always the best choice to make and that never goes out of fashion. If we accept that we belong to the same human family then it is a moral and legal duty to protect everyone’s humanity and dignity and we do that by affording refugees the basic rights that we freely enjoy.”

“It is relevant in the ever growing anti-refugee sentiment that we are experiencing with governments, whether it is illegal pushbacks of boats in the Mediterranean or trying to criminalise entry via ‘illegal’ routes into the UK with the New Plan for Immigration. The refugee convention stands as a recognised reference of principle and a backbone of morality that we can hold government’s accountable to.”