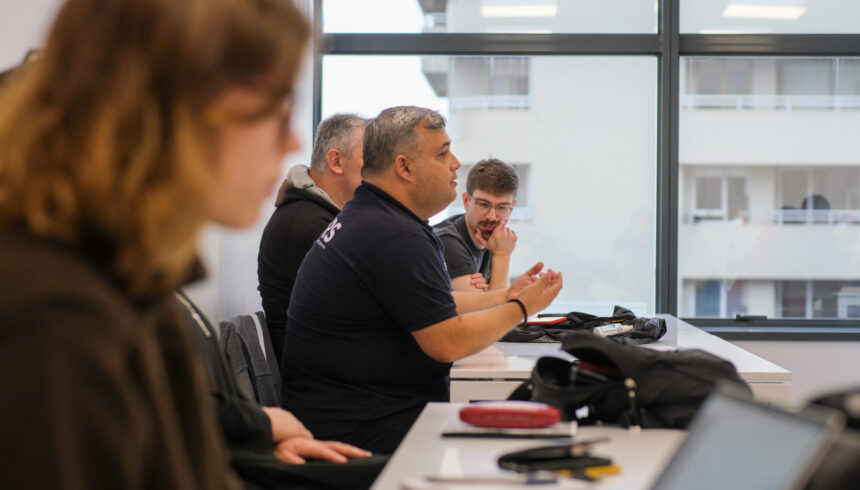 Discussing perspectives and experience of accompanying people in detention across Europe 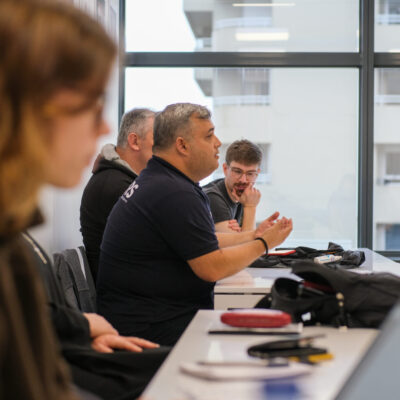 One of the central aspects of our work is the support of men and women who are currently held under immigration powers at the Immigration Removal Centres (IRCs) near Heathrow Airport; Harmondsworth and Colnbrook. Supporting people in detention also happens to be a common theme of work across JRS offices in Europe, and therefore every year, JRS Europe hosts a gathering of all these European offices for the Detention Visitors Support Group (DVSG). The DVSG is an opportunity to meet with colleagues, learn more about the different country contexts and use of immigration detention across the continent, and discuss the various challenges of our work.

As with so much of life, the DVSG had temporarily relocated online but this year we were back in person, and so JRS UK’s Detention Outreach team joined colleagues for a 4-day conference in Porto, Portugal. The theme of this year’s DVSG was “Bringing hope without losing hope” – an important, if not optimistic, topic for those of us working in what can be very desolate and hopeless environments of immigration detention. Whether we got closer to answering this question, or if one is even possible, I am not sure, but it was beneficial to hear about some of the situations that European colleagues were facing and the ways in which they resolved or coped with problems and relate that to our work in the UK. In that way, we were building solidarity.

The effects of detention on a person’s health

It was particularly interesting to hear the differences in government policy and use of detention in different countries. For example, in Portugal there is only one formal detention centre, outside of the airport pre-removal holding centres, with a maximum capacity of 30 – a far cry from the UK system where over 2,000 people are detained at any one time and well over 20,000 people enter immigration detention annually, with plans to extend the immigration estate on the horizon. Probably the most significant difference is that in Portugal an individual can only be detained for a maximum of 60 days, whereas in the UK there is no defined time limit.

It has been well-documented, and we observe it constantly in our work, that the stress placed on someone due to the absence of a time limit is incredibly detrimental to their mental health. On meeting some of the men who were currently detained at the centre in Porto, it was clear that they were equally affected by their detention and it was having a negative impact on their wellbeing. But it was also obvious in our conversations that they knew that there was an end to their time in detention. This provided a sense of focus – a date on the horizon which could be anticipated with some hope and towards which they made progress each day. Whilst this was in stark contrast to the experience in the UK where the lack of a time limit can result in individuals being detained for years and is the source of great mental anguish, it was also clear that any detention, even within these improved parameters, was harmful.

Ultimately, it was enjoyable to meet and spend some time with like-minded colleagues. Who knows what hope may come from these new connections.

William Neal is the Detention Outreach Officer at JRS UK.