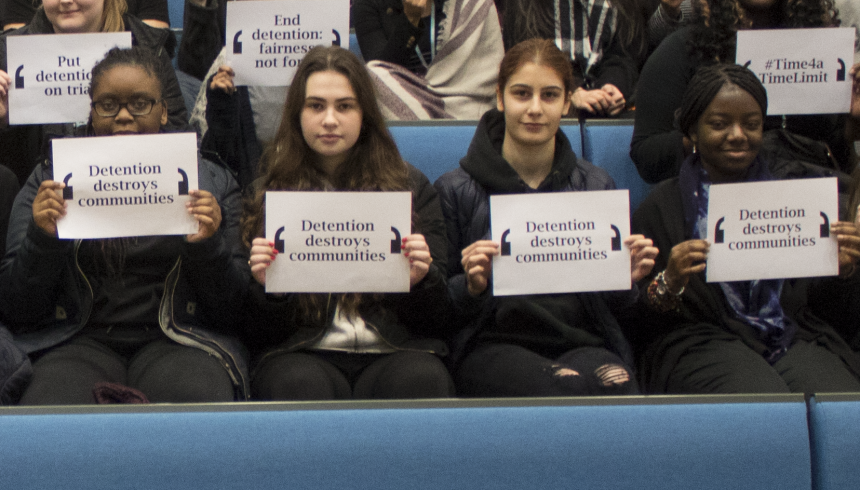 JRS UK speaks to Our Lady's Convent High School, Hackney, about immigration detention in the UK 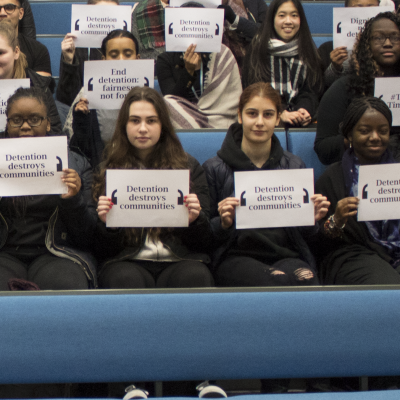 On Friday morning JRS UK visited Our Lady’s Convent High School in Hackney to talk to Sixth Form students as part of the school’s Servite Community Service programme. The students have been learning about the issues faced by refugees and those seeking asylum in the UK, and Megan Knowles and Nick Hanrahan from JRS UK were invited to speak about immigration detention in the UK.

The students found out about the detention system and a mythbusting quiz challenged some of the misconceptions that are often held about detention and those who are held. The session revealed the terrible reality of detention and challenged the young people to think about what it would be like to held indefinitely in an Immigration Removal Centre.

Megan and Nick spoke of the work that JRS does for its friends in detention and the values that inspire all of JRS’s actions. The students were encouraged to think how they could speak up for our friends in detention who are voiceless and played their part by posing for photos with messages of support for the campaign to end indefinite detention.

Nick Hanrahan, JRS’s new Community Outreach Officer said “It was great to visit the students at Our Lady’s and explore the harsh reality of immigration detention in the UK. The students were engaged and keen to learn more about the difficulties that our friends in detention endure daily. We were grateful for the support of the young people in the campaign to speak up for those who are left with no one to defend them”.

JRS would like to thank the staff and students at Our Lady’s, and look forward to visiting again in the future.

Would like someone from JRS UK to speak at your school or parish? Get in touch!