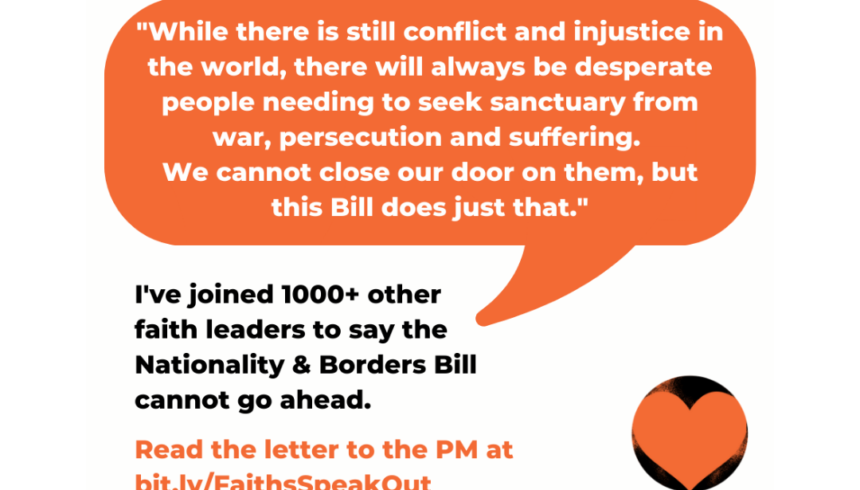 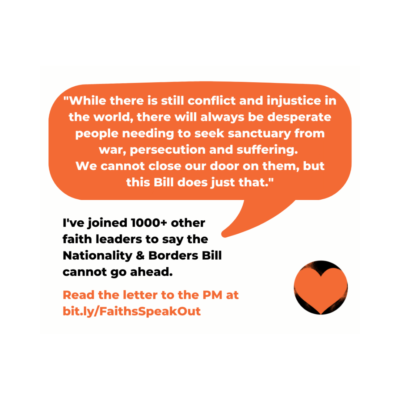 Sarah Teather, JRS UK’s director, has written to the Prime Minister, together with over 1000 other faith leaders, calling on him to reconsider the Nationality and Borders Bill.

In a letter published today (Monday 28th Feb 2022), faith leaders explain that they are “horrified and appalled by the potential repercussions of the Nationality and Borders Bill”. The authors particularly condemn the Bill’s proposals penalising refugees who travel via informal routes, explaining: “Criminalising and punishing vulnerable asylum seekers who have little choice but to arrive in the UK through ‘irregular routes’, when the majority are subsequently able to prove that they have a legitimate basis for their asylum claim, is a disgraceful and dishonourable policy, and should be abandoned.”

The authors also call on the Prime Minister to: “Expand family reunion rules…Open new safe routes for unaccompanied asylum-seeking children in Europe and…Create and implement ambitious new resettlement schemes”. As it stands the Bill would actually reduce family reunion routes, for the vast majority of refugees, who would be discriminated against under plans for differential treatment.

Sophie Cartwright, JRS UK’s Senior Policy Officer, said “The Nationality and Borders Bill is an attack on refugees and on the very principle of international protection. It creates vast barriers to protection and punishes refugees for the sheer realities of forced migration. As such, it shows utter contempt for human dignity and human life, and is antithetical to any sense of what we owe to our fellow human beings. But it doesn’t have to be this. It could, instead, be an opportunity to enshrine dignity, compassion, and solidarity within our asylum system. It is heartening to see diverse faith communities across the UK united in saying ‘not in our name’. This is a reminder that we do not have to do this. We can still change course.”

The Nationality and Borders Bill enters Report Stage in the House of Lords today. During report stage, peers have the opportunity to vote on amendments before the Bill returns to the House of Commons, where MPs can accept or reject the amendments. JRS UK has been heavily involved in advocating against the Bill, and in favour of a just and humane asylum system.

You can read the letter in full on the Joint Public Issues team website.