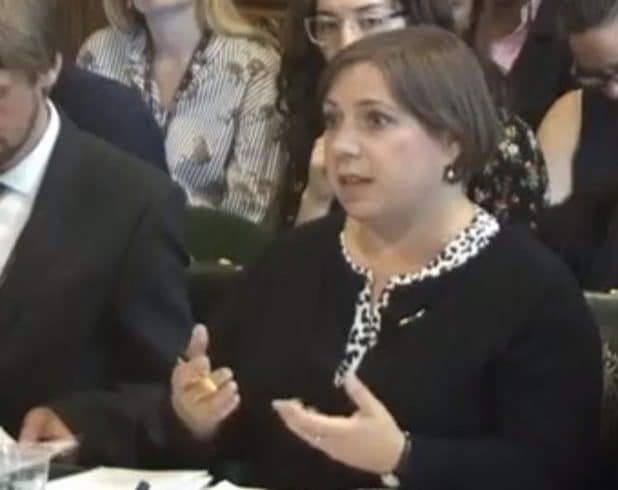 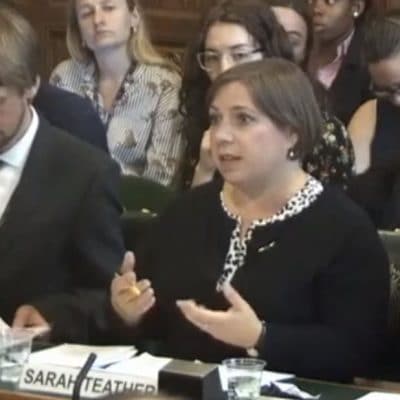 The evidence submitted by JRS is based on our experience of accompanying victims of trafficking and modern slavery in detention.

“It takes time to build trust. Expecting people to give a linear and coherent account of trauma within the first five minutes of meeting someone is simply unrealistic.” (Sarah Teather, giving evidence to HASC).

Learn more: read our report on trafficking victims in detention

The HASC inquiry focuses on  what progress has been made in the three years since the Modern Slavery Act came into force, and what more remains to be done. JRS UK, and other organisations, submitted written evidence expressing concern over trafficked people being held in immigration detention, which contradicts the support mechanisms that the Act provides for victims.

The evidence of an individual’s vulnerability is weighed against immigration enforcement factors; which are then used to justify continued immigration detention. Case examples shared by all those giving evidence had a common theme: that a criminal conviction, due to activity forced upon them by their traffickers, outweighed any, and all, evidence of vulnerability.

The committee discussed the constant ‘balancing act’ that caseworkers find themselves in – being a part of a body that is firmly aligned with the UK’s hostile environment web of polices, and at the same time vowing to combat modern slavery. It was clear that it is very challenging to look at one group of vulnerable people and resolve a policy for protecting this one group, against a backdrop of increasing hostility and vulnerability.

Watch the evidence session in full on Parliament TV

A fundamental lack of clarity surrounding policy was also deliberated, with witnesses drawing attention to the fact that policy suggests how potential victims of human trafficking can be detained on the grounds of ‘public order.’ Yet, no-one knows explicitly what this means, as the very meaning is “yet to be confirmed” (evidence given by Ahmed Ayeed of Duncan Lewis Solicitors).

Ultimately, hostile environment policies have infiltrated society, turning those who should be “first responders” to victims of human traffickers into border enforcers rather than agents of protection and support. Police and Health practitioners are obliged to refer suspected ‘illegal migrants’ to the Home Office, rather than investigating the fact that an individual might be a victim of human trafficking.

In concluding the session, the Committee asked all those giving evidence to give recommendations on how to improve the system, so that identified victims of trafficking – and potential victims of trafficking – are no longer held in immigration detention. The witnesses were unanimous that an independent body for assessing whether someone is a victim of human trafficking must be established; a truly “competent authority” that is fully independent of the Home Office and thus, independent from those who handle immigration cases.

Additional recommendations included: the need for Legal Aid and support to be available for the preparation of a referral to the NRM; proper training – both for Home Office staff, detention centre staff and throughout the criminal justice system – to identify victims of trafficking long before they reach an immigration detention centre; and a Time Limit on immigration detention.

“The level of suffering people have been trafficked endure goes way back: it is an unimaginable level of evil that has been done to them, and ignored at every turn.” (Sarah Teather, giving evidence to HASC).

The Modern Slavery Act 2015 is ostensibly designed to increase prosecutions of traffickers and support victims of trafficking and other forms of modern slavery, and contains a statutory defence for those who have carried out criminal acts as a result of their trafficking. However, the Independent Review, published in May, found failings in both the legislation and in how and to what extent it is applied.

Sarah Teather, Director of JRS UK, said, “I was grateful to get the opportunity to speak to the Home Affairs Select Committee about the situation facing Vietnamese men we accompany in detention who are victims of trafficking.  The situation these — often very young — men find themselves involves unimaginable suffering. They have been exploited and abused and then time and again let down by a system which is supposed to protect them. I hope that the scrutiny and attention of this important and influential parliamentary committee is able to bring pressure on the government to change its practice.”

JRS UK works with those held in immigration detention, through social visiting and welfare support programmes, at both Harmondsworth and Colnbrook Immigration Removal Centres at Heathrow airport.