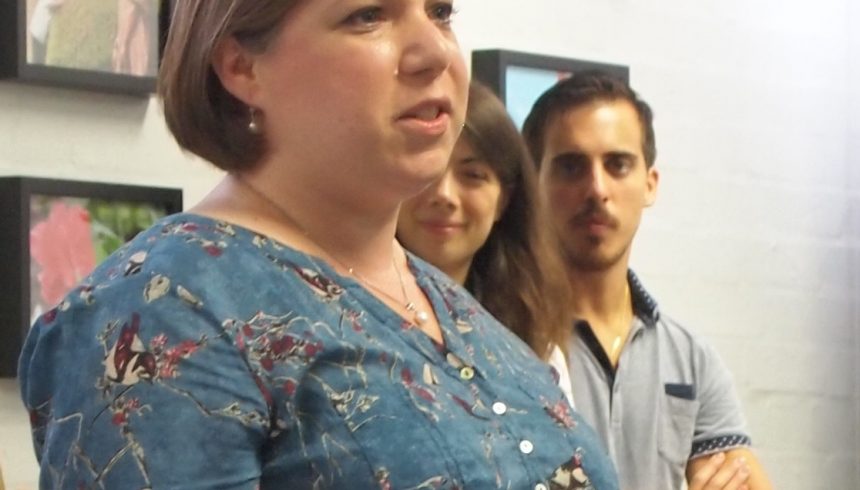 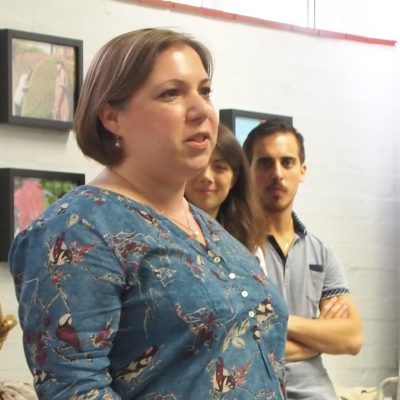 At the City of Sanctuary AGM on Friday Sarah Teather, Director of Jesuit Refugee Service UK, was chosen to be the first person to receive the Sanctuary Champions award.

City of Sanctuary is a grassroots movement committed to building a culture of hospitality and welcome, especially for refugees seeking sanctuary from war and persecution across Britain.

Tiffy Allen, Network Coordinator, said “Congratulations Sarah, on being the first Sanctuary Champion awarded by City of Sanctuary! The award is small and symbolic, but behind it is a huge appreciation and recognition of how amazingly you have served the sanctuary movement .”

Sarah Teather commented “I am really touched to be given this award by City of Sanctuary. They do great work boosting support to welcome refugees and asylum seekers. It is really important that as many people as possible within all faith communities get engaged in making people welcome.”

The award was given in recognition in particular of Sarah’s previous work in Parliament. Before taking over at JRS UK, Sarah Teather was a minister in the coalition government where from 2012-15 she chaired the all-party parliamentary group on refugees.  During this time she hosted a major event at the House of Commons for all City of Sanctuary local co-ordinators.