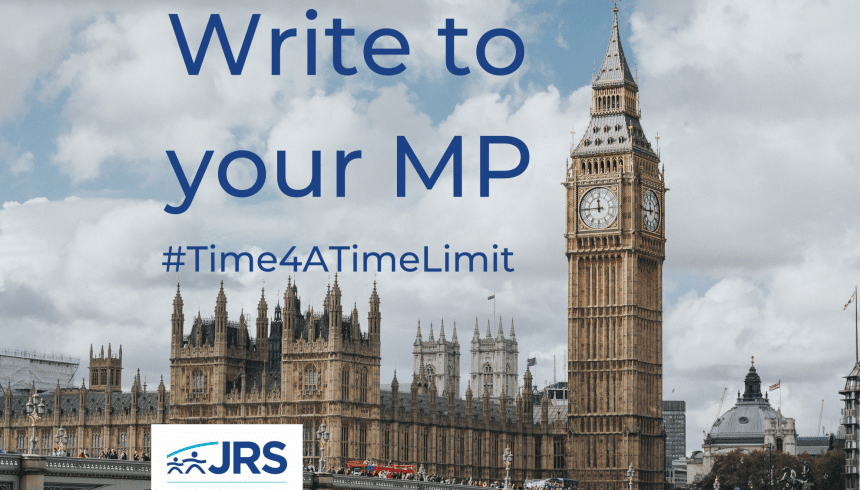 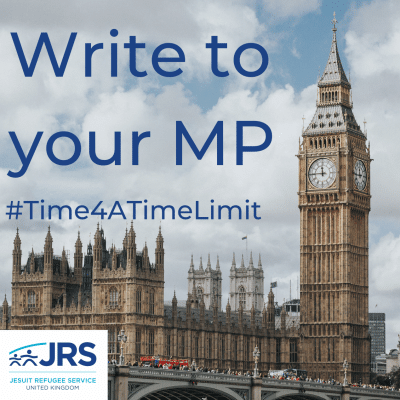 MPs are currently tabling amendments to the Immigration and Social Security Co-ordination (EU withdrawal) Bill that would introduce a 28-day time limit on detention, together with judicial oversight of the decision to detain. Can you help JRS UK support the proposed time limit and call for an end to the UK’s system of indefinite immigration detention?

The UK currently has no time limit on detention, uniquely among European countries, and the decision to detain is a purely administrative one. Some people can be held in detention for years. Anyone subject to immigration control is liable to detention in the UK. Proposed amendments tabled by the Conservative MP David Davis would introduce an overall time limit of 28 days, whilst ensuring that the decision to continue detention would go before a judge after 96 hours.

JRS UK runs an outreach service to the two immigration removal centres at Heathrow. Due to COVID-19, the detention team is currently operating a phone service.

William Neal, JRS UK’s detention outreach officer, said: “We know from those we support in detention that detention is a deeply traumatic experience. It also gets worse and worse the more prolonged it is, and not knowing when one will be released is a source of profound anxiety for many”.

A time-limit on immigration detention has been recommended by several key parliamentary bodies; jointly by the APPG on Refugees and the APPG on Migration in 2015, and in 2019 by both the Home Affairs Select Committee and the Joint Committee on Human Rights.

Sophie Cartwright, JRS UK’s policy officer, said “The UK’s system of immigration detention has destroyed lives for decades. These amendments, which would end indefinite detention and introduce accountability to an opaque and unjust system, would constitute an important step in the right direction.”

Find out who your MP is | Download our template letter