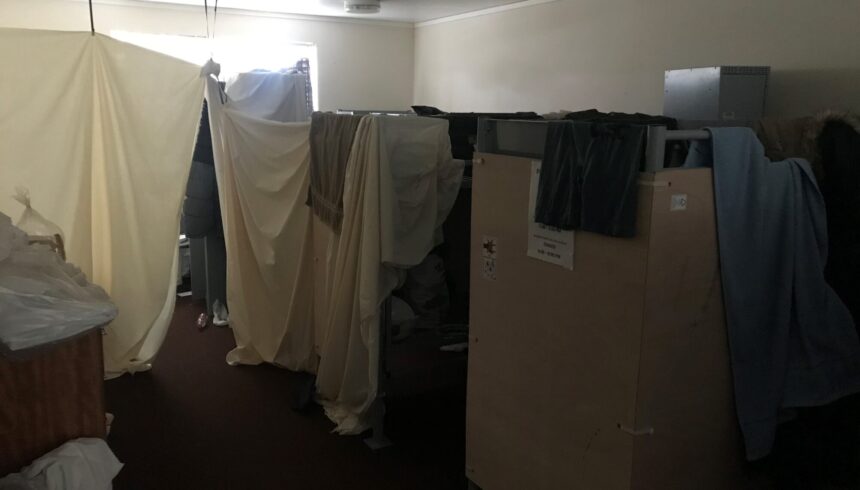 “Appalling, degrading conditions at all military barracks needs to end.” 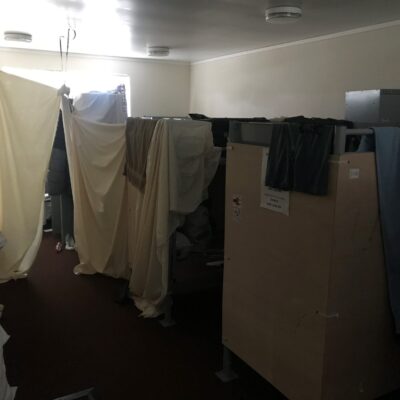 The Jesuit Refugee Service UK  has again renewed calls for an end to the use of military barracks as asylum accommodation in the wake of news that Penally Camp in Wales will close on 21st March.  JRS UK continues to support people held at Penally camp’s sister site Napier barracks in Kent, which according to the Home Office will “remain in operation in accordance with current needs”, despite damning evidence that conditions are “impoverished, run-down and unsuitable for long-term accommodation”.

The Home Office has been utilising emergency planning powers to operate the Penally camp as asylum accommodation, powers which are only in place until 20 March 2021. Secretary of State for Wales Simon Hart, has now confirmed that after many weeks of discussions, the Home Office has agreed to return Penally to the Ministry of Defence by 21 March, closing the site as asylum accommodation.

It remains unclear how or when those accommodated in the camp, many of whom have faced torture, trafficking and modern slavery during their journeys to reach the UK, will be moved to alternative accommodation, or what this accommodation will be.

“While we welcome news that vulnerable people seeking asylum will no longer be held at army barracks in Penally, we now call on government for the urgent closure of Napier barracks in Kent.

“All military barracks offer dangerously inappropriate accommodation particularly in the context of the COVID-19 pandemic.  People who have been forced to flee their homes from torture, persecution and violence arrive in the UK only to find themselves trapped in unsafe, undignified, and inhumane conditions. We have seen first-hand the damaging effects of these inadequate conditions at Napier, which were found to be even worse than at Penally.

“One gentleman I met described Napier as, ‘like being in a hospital or prison, there are people rapidly becoming more and more mentally unwell around you, one has just tried to kill himself, another is in pain, another is very stressed and cannot cope…. I did not feel like a person when I was there. I felt I had lost who I was. The way we were treated, it denied us all freedom.’

“The ghettoization of vulnerable people in appalling, degrading conditions at all military barracks needs to end.”

In a written statement, Chief Whip of Welsh Government Jane Hutt commented on the negative effects of Penally camp in the community:

“The decision to use the Penally camp has undermined our ability to implement an effective migrant integration policy. Responsibility for the asylum system is reserved to the UK Government but the Welsh Government is responsible for integration, community cohesion, local government and the health system – all areas which have been impacted negatively by the Penally site implementation.”

News of the closure of Penally camp comes after an extremely damning report on conditions at both Napier and Penally barracks by inspectors from the Independent Chief Inspector of Borders and Immigration (ICIBI) and Her Majesty’s Inspectorate of Prisons (HMIP) who visited the sites last week3.  Initial findings from the report concluded that ‘resources, skills and assurance systems required to support long-term communal accommodation were inadequate’ and that there were ‘failures of leadership and planning by the Home Office.’

At both sites, residents described feeling trapped in poor conditions and feared that if they moved out they would jeopardise their only source of support and possibly their asylum cases.

Key findings also showed that ‘the environment at both sites, especially Napier, was impoverished, run-down and unsuitable for long-term accommodation. Cleanliness at both sites was variable at best and cleaning was made difficult by the age of the buildings. Some areas were filthy.’

Napier and Penally barracks have housed hundreds of asylum seekers since the beginning of their use as asylum accommodation by the Home Office in September, and throughout this time have been challenged by politicians and human rights groups who have condemned poor access to healthcare, legal advice, and crowded conditions5.

Napier barracks was also found to be intentionally risking the lives of those held there, after a fire broke out and a substantial Covid-19 outbreak was reported in January this year, which saw at least 197 confirmed cases, more than half of its resident population at its peak of 3806.

JRS UK continues to support the men who are held at Napier barracks, and suffering from the mental and physical effects of being held in inadequate accommodation, as well as the ongoing trauma they suffer from their perilous journeys seeking safety in the UK.

Image: ”Living accommodation at Penally Camp. 16 February 2021″ released alongside initial report from ICIBI & HMIP inspection of the use of contingency asylum accommodation