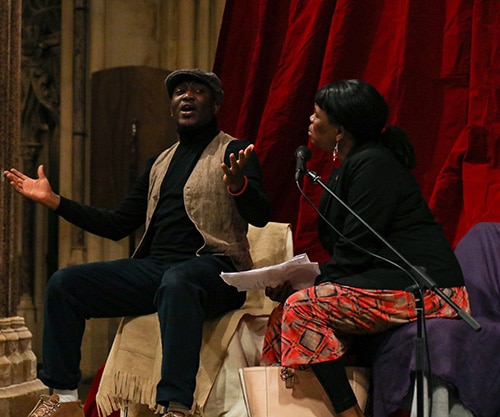 “To see life as they see it” – JRS UK Advent Service 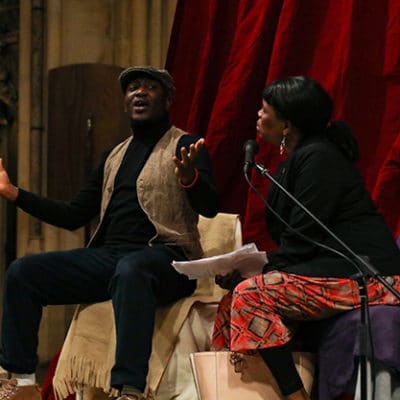 On Monday evening, JRS UK held their second annual Advent Service, celebrating the start of the Advent Season. Led by Fr Damian Howard SJ, the evening of Carols and Readings was enjoyed by a church packed full of our refugee friends, volunteers, supporters and their families. Sarah Teather, Director of JRS UK, said “We are hugely grateful to all the refugee friends and supporters who came and made the service so special. Particular congratulations to the refugee choir and drama group who gave us moving and joy-filled performances. It was a great way to begin Advent.”

During the service, there were performances from the JRS UK Gospel choir and drama groups, who had been working throughout the year as part of our Day Centre plus activities which aim to help our refugee friends build resilience and community. The Gospel Choir, directed by Magdalena Supel of the Soul Sancutary Gospel Choir, have performed at a number of JRS events over the year and at the Advent service performed three pieces: ‘I’m a friend of God’, ‘I need you to survive’ and ‘Believer’. 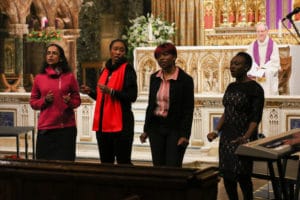 The drama group had been working for 9 weeks with RISE Theatre where they had been sharing bits of their individual stories and their experiences of seeking asylum in the UK. Building on the theme of feeling like migrant geese, that had been talked about during one of the workshops, the group performed a version of the tale of the Christmas Goose. The story tells of a wife whose husband can not understand her belief in God until one stormy evening he shows some migrant geese trapped in the storm how to reach safety; triggering a revelation. At various points during the performance, the actors recounted times when they felt like the migrant geese, trapped in the storm and the hope of one day reaching safety.

During his homily, Fr Damian Howard SJ told a story of an advent party attended by four locals who were discussing the various ailments that had succumbed the world. Each offered their suggestions of how to fix these problems and save the human race. When the last of the four spoke, they spoke of the need for patience with people and how we must approach people at their level, “walk in their shoes, to see life as they see it.” The fourth member of the group was a refugee who had, as Fr. Damian said, “that refugee wisdom which knows the truth about human life.”

The service concluded with a word of thanks from Sarah to all those who had been involved in the preparation of the service and all those, the readers, choir and drama, who had taken part. The final thanks was for our refugee friends who continually inspire the work of JRS UK. 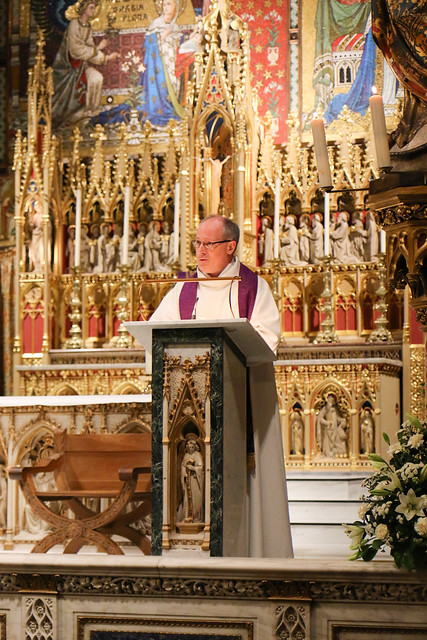