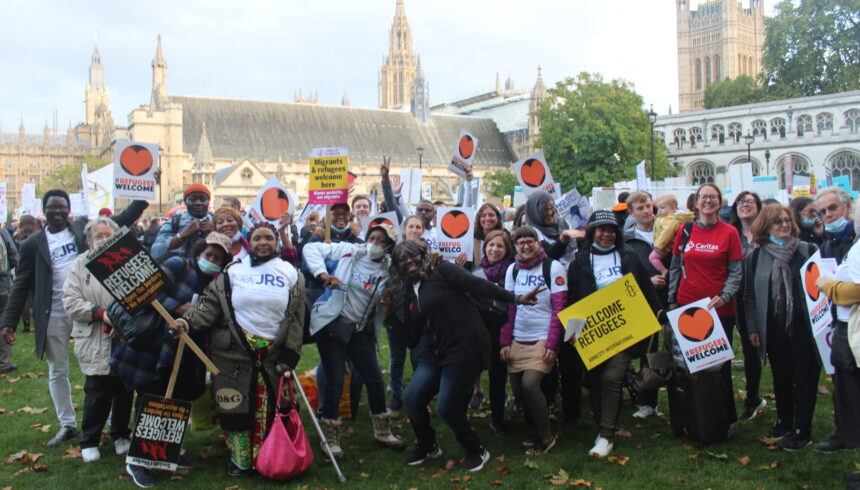 Together With Refugees – We did it! 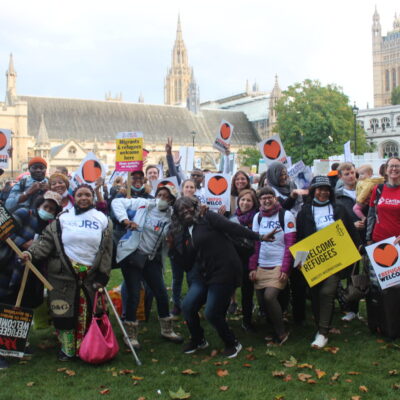 On Monday 28th February, the House of Lords voted (as reported in the Guardian)  to exclude Clause 11, which would introduce “differential treatment of refugees” from the Nationality and Borders Bill. This sat among a number of significant government defeats, and means that the House of Commons will have to decide whether to put Clause 11 back into the Bill when it returns there in a few weeks’ time.

Clause 11 made provision for “differential treatment” of refugees, discriminating against people recognised as refugees based on how they got to the United Kingdom and the point at which they presented themselves to authorities. Those who travelled via a third country, did not have documents, or did not claim asylum immediately would routinely be designated “Group 2” refugees. Length of limited leave, access to indefinite leave, family reunion, and access to public funds are named as likely areas for discriminating against “Group 2” refugees. It sits at the heart of a matrix of measures designed to punish refugees for travelling informally to seek asylum or travelling to the UK via other countries – despite the fact that there is no mechanism for travelling to the UK for the purpose of claiming asylum, and the Refugee Convention does not stipulate that one must claim asylum in the first safe country. It has been widely noted, including by JRS UK, that this clause would affect the vast majority of refugees, and will make it incredibly difficult for anyone to get protection in the UK. Discrimination against refugees over the point at which they present themselves to the authorities has also been excoriated by a range of experts for failing to reflect the many barriers to disclosure faced by refugees.

The suggestion that refugees can take safe routes is a fiction

Sophie Cartwright, JRS UK’s Senior Policy Officer, said: “This defeat represents a victory for humanity, and the very principle of international protection. Clause 11 determines worthiness of protection of the basis of how you are able to travel, rather than need. Furthermore, to suggest that it would encourage people to take safe routes is a sheer fiction. There are vanishingly few safe and accessible routes for refugees, and Clause 11 would restrict them further and anyway, people in flight for their lives rarely have time to get to an embassy.”

The Lords also voted against clauses that would make it easier for the government to deprive people of British Citizenship, and in favour of a Tory-led amendment to allow people seeking asylum to work after they have been in the UK for six months. These changes to the Bill will all be considered by the Commons.

Sophie Cartwright continued: “MPs will now have a meaningful chance to consider these amendments, and others that peers might make in coming days. They have a choice between defending asylum and human dignity, or pushing ahead with an overhaul that will make it virtually impossible for most refugees to find safe haven here. It has never been more important to write to your MP and ask them to oppose differential treatment of refugees”.

Report stage of the Bill in the House of Lords continues today and next week, and peers are expected to consider amendments on committing to sustained refugee resettlement and removing controversial provisions for offshore processing.

Now’s the time to write to your MP – even if you already have – asking them to uphold the ammendments made in the Lords.

Write to your MP today