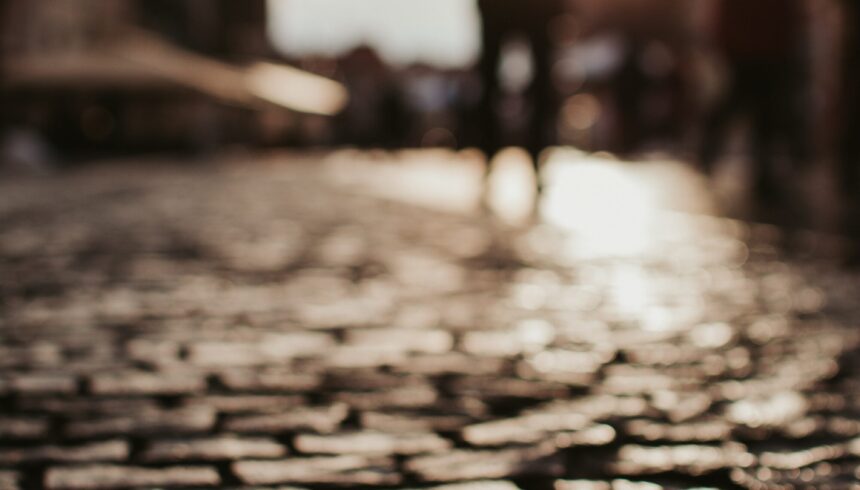 “I only knew because JRS told me" 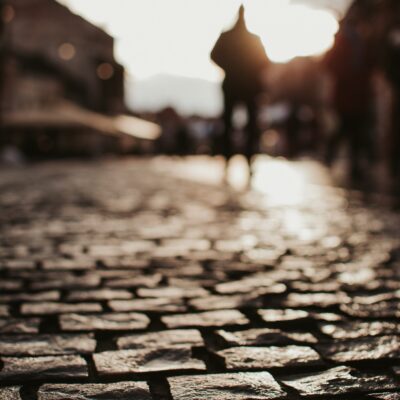 Men who have recently arrived to the UK and claimed asylum, often having made the treacherous journey across the English Channel, are currently being held at the former military barracks site Napier Barracks in Kent. JRS UK’s Detention Outreach Team have been offering practical and pastoral support to men accommodated in these dilapidated conditions, which have been repeatedly condemned as inappropriate for human beings to live in, over the past ten months.

Alongside the obvious challenges of the physical challenge of living in such appalling conditions, we’ve seen a huge problem with a lack of communication between people seeking asylum and government authorities responsible for their asylum decisions.  The men we spoke to often didn’t understand how the UK asylum process works, and the information they received from the Home Office was minimal. They were relying on hearsay from friends, rather than any official source(s).

We organised a legal workshop, which about 30 men attended. With the help of interpreters, Michael & Bernadette from JRS’ Legal Project covered the process of claiming asylum from beginning to end. We explained, in depth, the role of solicitors throughout the process, what can be expected of them, the asylum and appeals process, including cases deemed ‘inadmissible’, the importance of retaining documents and the role of Public Law Solicitors at Napier Barracks.

Many of the people held at Napier didn’t understand what solicitors should be doing to assist them with their cases, they didn’t always understand that they were entitled to have their solicitors details so that they could contact them and communicate with them about their legal case. Many of the participants had attended interviews or filled in forms before being interviewed without legal advice and they didn’t know they were entitled to have a solicitor before their asylum interview and to have legal advice.

One man we were supporting at Napier was a very well-educated professional in his home country, and had a basic knowledge of English. He told us “I only knew because JRS told me I needed a lawyer; without that advice I never would have had one”. This is a man with a certain level of education and understanding. But lots of people come through the system who are illiterate, or have learning disabilities. What about them? 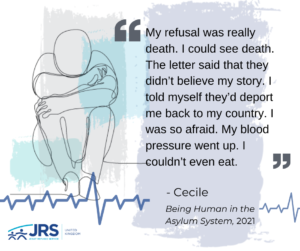 The asylum process is complex even for a native English speaker. For somebody who has fled their homeland abroad, it is difficult to fully grasp the process. Omit an element of your claim that may not seem significant to you, but that later you are advised is vital and you have damaged your credibility through no fault of your own.  Fail to accurately describe something that has happened to you because you had not thought about the event or its importance for some time, or because it is traumatic to recall, and may have again damaged your credibility through no fault of your own.

Those who attended the workshop were really engaged, and appreciative.  They asked lots of questions and were interested in the detail of the process. We don’t think anyone had explained the UK asylum process in this level of detail to them ever before, and probably never will again.

By keeping these men in the dark at this early stage of their asylum claim, they are intentionally let down before they’ve even had a chance at justice. In fact, it’s all about access to justice, or rather the lack of access to it.

We are continuing to fight against government proposals in the Nationality & Borders Bill.  Please do speak up for refugee friends by contacting your MP today.

In our current asylum system, incredibly vulnerable people are set up to fall at the first hurdle. The suitability criteria for Napier makes it clear that victims of trafficking or torture should not be accommodated there. But we have found that of the dozens of Sudanese people we speak with, almost every one has been trafficked through Libya, and is still being held at Napier. Two of these men we are working with have explicitly refused to be referred to a public law solicitor. They are confident they will be interviewed by the Home Office and they will be housed rather than put in a hotel. It is difficult to know how much of this is truth, and how much is hearsay. Additionally, there are disputed minors held at Napier. How clearly are they going to be able to instruct a solicitor if they’re still children?

There are already very few expert Legal Aid providers available for those seeking asylum, and the scheme puts no provision in place for face-to-face interviews. How can the government expect someone to disclose their trauma and vulnerabilities in a process which itself is often traumatising, often without proper legal advice and in a different language, over a video link?

The governments new plans, laid out in the Nationality & Borders Bill, reaffirm the asylum system is not rooted in a desire to help, but rather to be hostile.  The government’s decision to fail to properly fund this area of work, to move vulnerable people to sub-standard accommodation, to disrupt their day-to-day living is a deliberate policy decision.  As a result, asylum seekers lose out on the chance to articulate their cases adequately; the huge delays which follow trying to pursue justice wastes time and money.  It doesn’t have to be this way.

Our workshop is just the beginning, and it must go hand in hand with other provisions which include properly funded legal advice, so that many more may be empowered to access the justice they deserve.