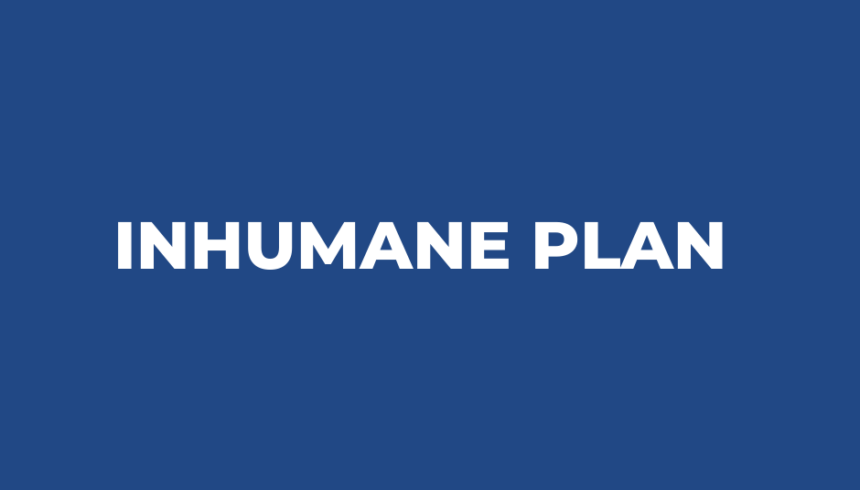 Plans for removing asylum seekers to Rwanda are cruel

Sophie outlines how the Rwanda plan will make it impossible to claim safe haven in the UK. 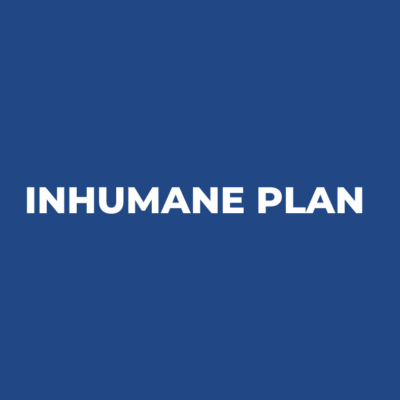 This plan is cruel, dangerous, and impractical. There is no evidence that it will help to achieve the government’s stated aims of ‘breaking the business model of people smugglers’, with the civil servant in charge of it refusing to sign off on the policy on the basis that there was insufficient evidence it would work. There is much evidence that it will do a great deal of harm. It is extraordinarily expensive.

This plan is part of the government’s New Plan for Immigration, at the heart of that plan are two closely connected aims: to make it as hard as possible for refugees to get safe haven in the UK, and to punish refugees for how they travel. This amounts to punishing refugees for the realities of forced migration, as most refugees have no choice in how they travel. Removal to Rwanda is, essentially, the piece de resistance among punishments to be meted out, and the ultimate barrier to finding safe haven in the UK. The proposals are connected to two specific pieces of policy, and nascent legislation: the inadmissibility rules, which have been in place since January 2021, and which the Nationality and Borders Bill (the Bill) would put on a statutory footing; and another clause in the Bill, on offshore processing.

The inadmissibility rules set out circumstances in which an asylum claim can be treated as ‘inadmissible’ – i.e., not refused, but simply not examined at all. Under these rules, a claim is treated as inadmissible if the asylum claimant could have claimed elsewhere. The chief criterion for determining this is whether they have been through a ‘safe third country’ – whether or not they did claim asylum there. There is another criterion: “they have a connection to that country, such that it would be reasonable for them to go there to obtain protection”. This is a very broad category, as “connection” is not defined, and seems designed to give latitude for ruling claims admissible as often as possible. If a claim is deemed inadmissible, the government will try to remove the applicant to any other ‘safe’ country. If it cannot do so it will eventually proceed to process the claim here. In the government’s own factsheet on the plan to remove asylum claimants to Rwanda, it depicts this plan as an outworking of the inadmissibility rules.

The inadmissibility process amounts to yet another painful – and bureaucratically laborious – barrier to safe haven. It is already extending limbo within the asylum process. Logistically, it faces a huge problem: it is impossible to remove people without another state agreeing to take them, and that agreement is rarely forthcoming. So far, the government has issued numerous ‘notices of intent’ telling asylum seekers that they are probably ‘inadmissible’ but ruled very few actually inadmissible. It’s unclear whether this is specifically because it doesn’t want to do this if it can’t then remove them, or because the system is unworkable in other ways. In any case, it looks as though the government’s ‘solution’ to the ‘un-removability’ problem is to send people deemed inadmissible to Rwanda. It is, frankly, impossible to see how this could satisfy the criterion that the country to which inadmissible claimants are removed must be safe, given its human rights record, including recently. But clearly, the government is not motivated by a desire to protect refugees’ safety here. A real solution would be to do away with the inadmissibility process and create safe and accessible routes for refugees.

Distinct from the inadmissibility process, the Bill contains a clause, clause 30, that would allow the government to remove someone claiming asylum to another safe country. This appears to be less relevant to any immediate plans, but may shape the development of policy and practice further down the line.

Who will it apply to?

Taking the inadmissibility rules, the breadth with which one could interpret “connection” to another country means it could apply to almost anyone. This means that almost anyone claiming asylum could in theory be deemed inadmissible and sent to Rwanda. Furthermore, women and families with children can be deemed inadmissible – the only exclusion is for unaccompanied children. The government has confirmed that women and children in families will indeed be “eligible” for relocation to Rwanda.

This policy is an entire abrogation of our duty towards refugees, in that it will make it all but impossible to effectively claim safe haven in the UK. Importantly, it is not a model for asylum processing. What is being suggested here is not sending people to Rwanda to have claims processed, and then bringing them back. It is a one-way ticket to Rwanda. Why should one of the richest and most stable countries in the world send its refugees to one that is very poor, unstable, and indeed much smaller?

These plans are nakedly cruel. They show no concern for human dignity, human safety, or human life. In practice, those removed under this scheme are likely to face detention and perhaps torture. Out-of-country processing has resulted in severe human rights abuses in the rare other contexts where it has been attempted. Australia’s offshore detention regime on Nauru and Manus Islands, in Papua New Guinea, meant years of human suffering. Twelve people have died since the policy began in 2013. Men, women, and children have suffered inhumane treatment and medical neglect, and years of indefinite detention led to self-harm, widespread suicidal ideation, and suicide. We have no reason to expect this will turn out better.

They also enact a further, brutal ghettoization of asylum seekers. They go to great lengths to prevent encounter or community between refugees and the rest of society. Our government already often detains asylum seekers. Already, the use of asylum camps like Napier barracks cuts people seeking asylum off from wider communities and is likely to grow. Now, in the face of soaring costs of living and growing use of foodbanks, the government plans to expend vast sums of public money sending people who simply wish to rebuild their lives to another continent, where they are likely to be incarcerated. Furthermore, many of those who cross the Channel to seek sanctuary in the UK specifically do so to reunite with family. These proposals risk tearing family apart once more.

The plans will also be extraordinarily difficult to achieve. Removing thousands of unwilling people a year to another continent is no mean feat. It is certainly vastly more difficult and vastly more expensive than supporting them to live here, helping and allowing them to support themselves, while working with them to assess their need for protection as quickly as possible. Rather than sacrificing so much in pursuit of cruelty, the government must immediately abandon this plan.

This is an edited version of a blog originally published in The Tablet on 25 April 2022.