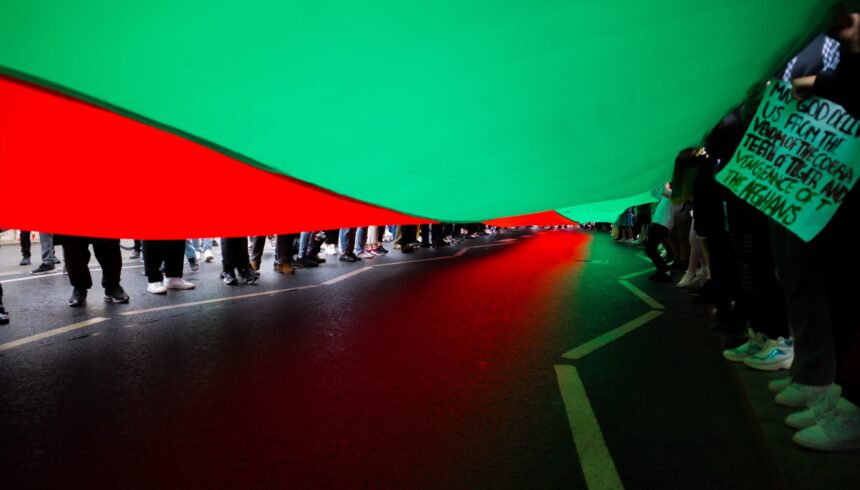 If we are to learn from this emerging situation, we must change our whole approach to asylum 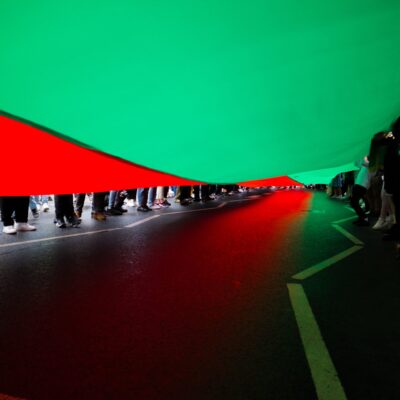 The people of Afghanistan face catastrophe. There are reports of mass killings, of Taliban fighters going door to door in search of those who have displeased them. People are fleeing for their lives. Large numbers of people are internally displaced. Many, we hear, are trapped at the airport. Many others are desperately trying to get to the airport. Here is the chaos and confusion of a society breaking down, and of women, men, and children forced to desert their home in desperation. It is a powerful reminder of the realties of forced displacement. People in mortal peril cannot pick and choose their route to safety. They cannot wait quietly in a queue, perhaps for years, for their turn to be resettled – a turn that may never come. They have no choice but to reach safety however possible. These are realities that the government chooses to ignore in its New Plan for Immigration and attendant Nationality and Borders Bill, at the heart of which are a matrix of measures to penalise refugees for how they are able to get to the UK.

First, the Bill would erect major barriers to even accessing the asylum system for anyone who has travelled via another country, or without documents, or who has made an asylum claim that appears to the Home Office to be later than necessary: in these circumstances, the government would declare their claim inadmissible, and expend time and energy trying to get someone else to process the claim. This became government policy in January with the new rules on inadmissibility and is already leaving many asylum claimants in limbo. The Borders Bill would put it into law. Second, the Bill legislates for continuing to discriminate against refugees on the basis of how they travelled even once the government has recognised that they are a refugee – i.e., that they need international protection, and that the UK government must provide that. It would specifically deny refugees the chance to settle here, keep families apart, and consign refugees to poverty depending on how they got here. As we react with horror and human sympathy to the disintegration of Afghan society, it must be obvious that we should not, must not, treat Afghan refugees like this. And then it should become obvious that we must not treat any refugees like this, that the Borders Bill entails responding to human persons with cruelty, and that its approach to asylum is incompatible with justice or a basic concern for human dignity.

The government has, under great pressure, announced plans to resettle 20,000 Afghan refugees. This step is welcome as far as it goes, but it is a tiny and insufficient step, and spread out over years, despite the self-evident urgency with which Afghans need safe passage and safe haven – this year, we will only resettle 5,000 refugees. It also raises awkward questions in light of this government’s proud determination to fortify our shores against those seeking sanctuary. If we plan to resettle 5,000 Afghan refugees this year, what happens to the 5001st? What treatment will Afghans receive in our asylum system? And what does this say about our asylum system as a whole?

JRS UK is among many organisations calling on the government to extend protection to Afghans: to urgently grant protection to all Afghans currently in the asylum system and ensure Afghans making new and fresh claims in the coming months are swiftly granted; to release any Afghans held in immigration detention; not to evict any Afghans from asylum accommodation; not to subject Afghan asylum claimants to ‘inadmissibility’ procedures. These steps are vital, and basic, as part of a humane response to the situation in Afghanistan. But if we are to learn from the emerging situation of Afghan refugees, we must change our whole approach to asylum. Some of the steps we are calling for represent pauses or cessations on cruelties within our asylum system, at least in part. Our asylum system is in need of reform. As we try to grapple with and understand the situation that many Afghans are now facing, it must be obvious that the destruction of the asylum system driven forward by the Nationality and Borders Bill is not it.

In a crisis that has engulfed an entire society, large numbers of human beings find themselves forced to seek sanctuary, forced to become refugees. This crisis stems from a situation for which the United Kingdom has major responsibility – that indeed, calls our society to urgent self-reflection on numerous levels. It occurs at the same time as legislation that is cravenly cruel to refugees is going through the UK parliament. The crisis in Afghanistan ought to make us see what we are really doing if we go down the road that legislation proposes. It ought to make us choose another path. It brings home the inhumanity, and sheer folly, of penalising refugees for how they are able to reach a place of sanctuary. It reminds us that, both as a society and as a church, we have a moral duty to welcome refugees, to build bridges for them, and to extend protection to them wherever possible. And that requires a fundamental change of direction.

This blog was originally published in The Tablet in September 2021

Read more about the government’s Nationality and Borders Bill, and New Plan for Immigration, and learn how you can take action.