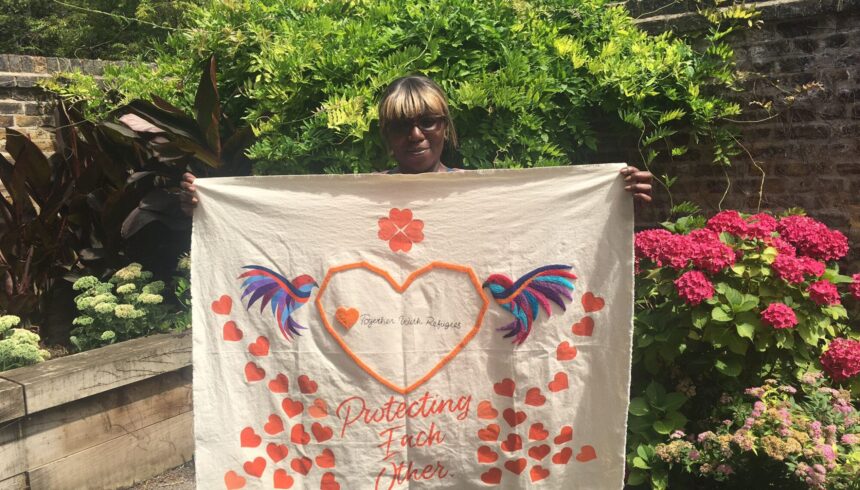 A creative day filled with laughter, joy and healing

Sharing the journey of healing at JRS Refugee week event 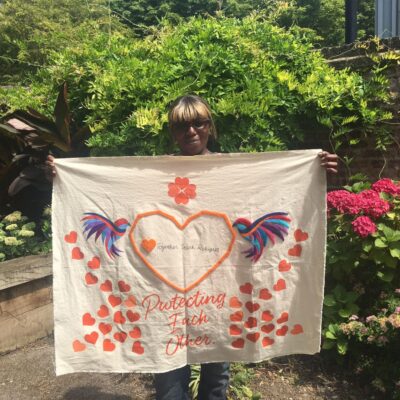 Our refugee friends, volunteers and staff came together in the JRS UK Wapping centre on Saturday, 25th of July to mark Refugee Week 2022. The theme this year was Healing, and by the change in the atmosphere as the day drew on, it was palpable that in some measure and in some way, the aim was fulfilled. This was evident particularly in the spontaneous singing by some very talented refugee friends as we finished our creations before the final group performance. This unexpected renditioning was ‘West-End Musical’ level!

Co-facilitated by the Singing Blankets team and refugee friends supported by JRS UK, in all senses it was a colourful, joyful occasion, sharing an inventive activity together: creating flags and singing to the “sounds of colours”.

Almost like little children at school surrounded by stimulating abundant colourful pieces of fabric, ribbons and textures, we became engrossed in our Songs for an Imagined Nation workshop. It was interesting to see how each one interpreted creating flags differently- some created flags of their own country, others created abstract flags that had none, or their own special meaning. Whatever, they were original, they were colourful, and the peaceful, concentrated creative process was an escapism from what is often a harsh reality of life. This oasis away from existential pain and threat is one step on the road to healing.

Another helpful ingredient was that of hospitality. Lunch was an authentic Ethiopian stew, which, thanks to the gentle summer weather we were able to eat outside – contributing further to the relaxed informal atmosphere. One of our refugee friends was kind enough to teach us how to eat Ethiopian food without using cutlery, which all added to the joyful experience of sharing this lovely meal together. Much laughter could be heard around the JRS garden.

Once completed, the flags were gathered together for the musical part of the workshop, which consisted in creating an orchestra to the ‘sound’ of colours! A type of sound was chosen to express a specific colour and soon, between everyone gathered around, this became a melody. For example, white had the sound of ‘waw’, and blue sounded like waves: ‘Shhh’. It was disinhibiting and fun, producing much laughter, and a not-too-bad sound.

Commenting on the event, one of the organisers, Megan Knowles, said: “Just to see the encounter between such different individuals, the hum of friendly chatter, the tears on the cheeks of one refugee friend, suggest to me that transformation took place. There are many paths to healing, and the effects may not be immediately apparent, but time is an important element, and I think that the time we have spend today in this peaceful, creative atmosphere has definitely  contributed significantly to the wellbeing of all of us.

“I was particularly moved and emotional towards the end of the event: it’s the first coming together of refugee friends, volunteers, supporters, and people new to the JRS Community that we’ve had in many years. Here’s to many more!”

At the end of the day, we hung up the flags high in the JRS hall, and to our surprise, the facilitators informed us that they would like to exhibit our work in an exhibition, such delightful news on which to end the day!

Here is our photo album from the day:

Some crafting going on for the flags 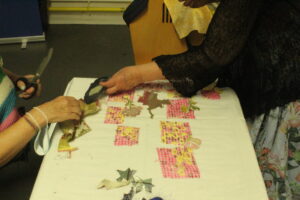 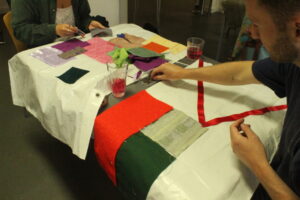 Final pieces for some of the flags 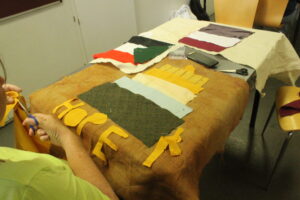 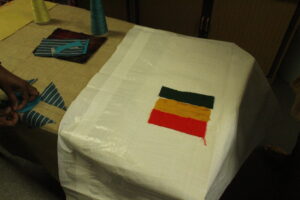 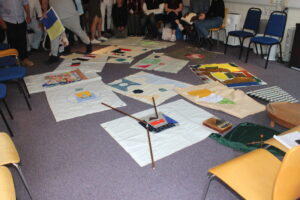 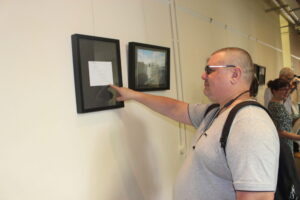 Read more about the Writing and Photography workshops

This event was in partnership with Singing Blankets