Its time the government abandons its cruel asylum overhaul

The Jesuit Refugee Service (JRS) UK has again called for the government to abandon the overhaul of the asylum system proposed in the New Plan for Immigration and Nationality and Borders Bill in light of a new report which shows that the proposed new system would cost at least £2.7 billion.

The Nationality and Borders Bill currently going through parliament would create sweeping barriers to refugee protection and make the asylum system even more hostile. Penalising refugees for arriving without documents is at the heart of the Bill, despite the fact that most refugees have no choice in how they travel.

The report, “A Bill at what price?”, was published today by the Together With Refugees Coalition, of which JRS UK is a member. It examines 5 key aspects of the Bill and connected new asylum policy: 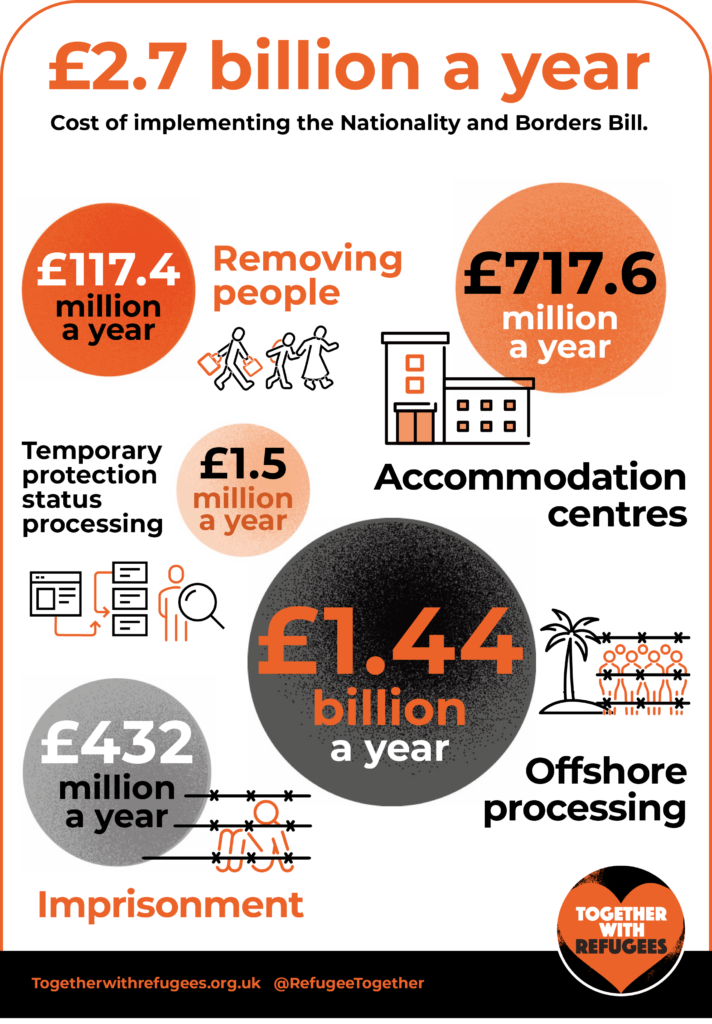 The report highlights the human cost of these measures and presents evidence that they would also be extraordinarily expensive and unworkable. For example, it notes that imprisoning refugees who arrive irregularly, as the Bill would allow, would cost £432 million a year.

Sophie Cartwright, JRS UK’s Senior Policy Officer, said: “These findings again demonstrate just how far the government will go to mete out cruelty to refugees. The Nationality and Borders Bill will deny refugees the chance to rebuild their lives. It will see people seeking asylum forced to live in bleak settings comparable to Napier barracks. It will massively extend and complicate the already byzantine asylum process and extend the painful limbo this entails for those within it. And on top of everything else, we see that these sadistic measures will be astronomically expensive. At a time of growing poverty, climate change related uncertainty, and global pandemic, this money could be spent on myriad public goods, but the government is determined to spend it on victimising people whose only offence is to have desperately tried to find safe haven. The Bill must be abandoned.”

The Home Secretary and other members of government have repeatedly been asked to provide costings for their proposals on asylum but have yet to do so.

The Together with Refugees Coalition is a broad group of around 360 organisations calling for a more welcoming, fairer and more humane asylum system.