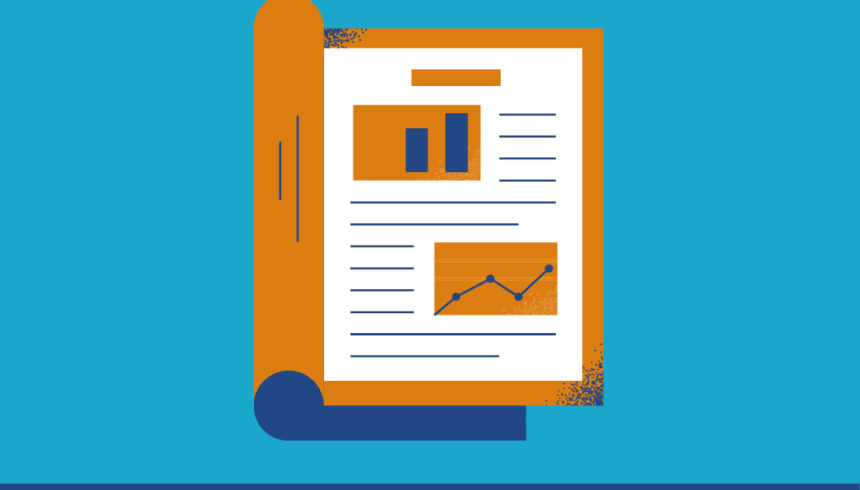 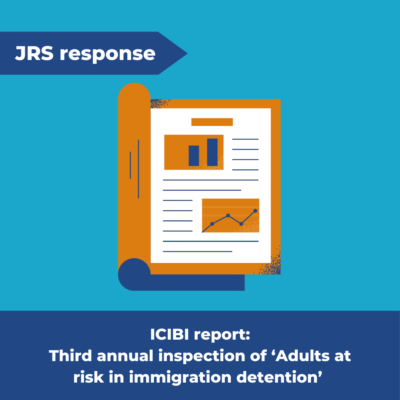 JRS UK has renewed its calls for an end to the use of detention under immigration powers in the wake of a report by the Independent Chief Inspector of Borders and Immigration (ICIBI) finding that Rule 35, a key mechanism for identifying vulnerable people in detention, was “not working consistently or effectively”.

The ICIBI report in question is the annual inspection of the ‘Adults at Risk in Immigration Detention’ [AAR] policy, and focused on Rule 35 reports. Rule 35 reports are a mechanism by which medical practitioners bring to the attention of Home Office staff cases where detained individuals’ health is likely to be harmed by detention; where there are concerns that detained individuals are suicidal; or where there are signs they are a survivor of torture. Rule 35 reports ought to trigger a review of detention, i.e., consideration of whether the person concerned should be released.

Megan Knowles, JRS UK’s Deputy Director, said: “For decades, JRS UK has accompanied people subjected to immigration detention. We have witnessed, and continue to witness, the harm detention causes. This latest report is further proof that vulnerable people are not safeguarded in detention. For as long as detention exists, the Home Office must work to improve its safeguarding mechanisms. However, it is impossible to sufficiently safeguard people in the inhuman context of detention. The use of immigration detention must end.”

Although this report is the latest of what has been an annual review of the adults at risk policy, the annual review process has just been scrapped by the government. The ICIBI, David Neal, and Stephen Shaw, author of the highly critical government-commissioned report on the welfare of vulnerable people in detention, have excoriated the government’s decision, which arises in the context of a growing use of detention and the temporary closure of Manston holding facility following conditions so horrendous they led to an outbreak of diphtheria. This occurs alongside other moves that reduce scrutiny of government decisions on immigration, including failure to appoint a new anti-slavery commissioner.

Megan continued: “Already, decisions about detention happen behind high walls and locked doors. As this report shows, they need more scrutiny, not less. This scrapping of the annual AAR review is the latest a series of moves to sweep away oversight, from a government that refuses to listen to evidence and acts unilaterally, frequently illegally, and without concern for the high human cost.”

JRS UK routinely supports survivors of torture, people suffering from suicidal ideation, and other vulnerable people in detention. Our detention outreach team routinely finds it a struggle to get these issues recognised, and finds that even where these vulnerabilities are recognised, people frequently remain in detention.

In his foreword to the report, the ICIBI was also sceptical of widespread Home Office claims that detained people are “abusing” the Rule 35 system, saying they were insufficiently evidenced. In JRS UK’s experience, many people in detention are unaware of the systems at play there.