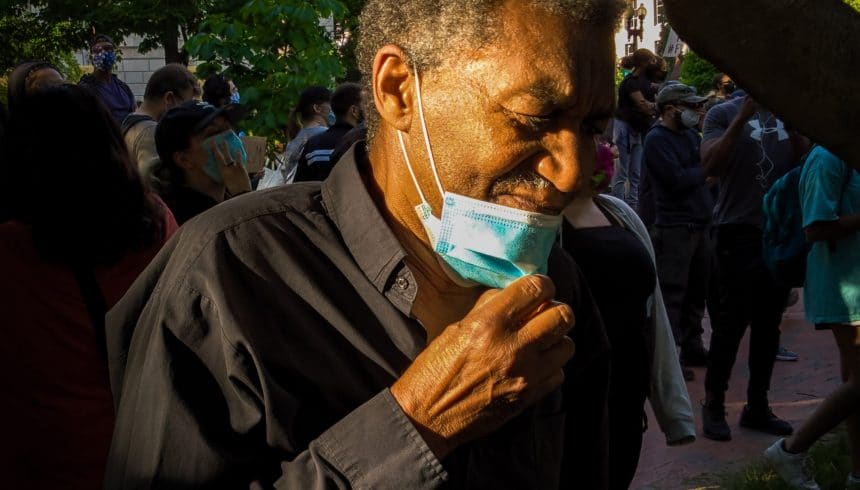 We as a society must recognise deep-rooted systemic injustice

When we ignore systemic forms of discrimination, we choose not to see marginalised groups 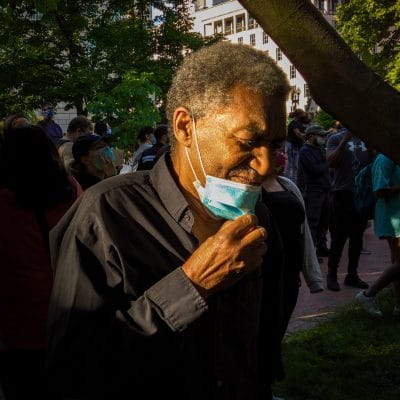 Early this week, Public Health England published a report on Disparities in the risk and outcomes of COVID-19. It finds, among other things, that Black, Asian, minority ethnic people (BAME), and people from deprived areas have disproportionately high rates of death from COVID-19. BAME people are found to be twice as likely to die from COVID-19 as white people. Migrants have also been dying more during the pandemic than people born in the UK. BAME individuals, people from deprived areas, and homeless people have significantly higher diagnosis rates as well – suggesting they are more likely to get COVID-19 in the first place. The report strongly suggests that marginalised groups, and those at risk of marginalisation, are at particularly high risk from COVID-19, but it does not explain why.

The reviewing team did receive evidence from numerous expert sources on likely causes of health inequalities, including systemic racism in healthcare provision. But bizarrely, and controversially, these are not referenced. This also seems to be to the frustration of the authors themselves, who highlight the limitations of their report and point to the need both for urgent work to address these and other inequalities, and for further research to both more fully describe and to understand them.

The report offers disturbing findings which raise more questions than they answer. These can only be answered if we confront the systemic causes of inequality and marginalisation.

The authors acknowledge that insufficient data on vulnerable people means that they probably haven’t fully grasped the scale of the problem: “Information on vulnerable groups is lacking. Very few surveillance systems accurately capture groups of the population who are known to have the poorest health outcomes such as vulnerable migrants, sex workers or people experiencing homelessness or rough sleeping. These analyses therefore do not allow us to accurately assess the impact of COVID-19 on the most vulnerable groups of the population.”

JRS UK is one of many organisations advocating for the rights of marginalised groups who are vulnerable due to immigration status.  Read more about our campaign to make the UK a safe place for everyone during and beyond COVID-19

They also acknowledge that this report does not address the causes of health inequalities: “analyses are mostly descriptive and compare disparities in diagnosis and death from COVID-19 across a range of data sources. The descriptive nature of the analysis therefore limits the conclusions that can be drawn about the reasons for the disparities shown.”

Again, often due to data deficiency, the report doesn’t always correlate its different findings; how many of the BAME people recorded are also migrants? How many of the migrants are homeless? How many of any given group – men, people of Bangladeshi origin, people over 80 – had a particular underlying health condition? It’s not just that this is a descriptive report; because its descriptive work doesn’t even get as far as correlation, the data presented does not provide good groundwork for questions about causation – e.g., how far are BAME individuals more likely to have poor health outcomes from COVID-19 because they are marginalised?

Especially when the report refers in more general terms to health inequalities, the likely impact of systemic marginalisation on poor health outcomes from COVID-19 is tacitly acknowledged. First, “people who are socially excluded are not consistently recorded in electronic records, often making them effectively invisible for policy and service planning purposes.” That is, policy is unlikely to be made with those excluded from records in mind.

Second, marginalised groups typically get the raw end of health inequality: “Populations who are socially excluded, such as people who experience homelessness and vulnerable migrants, tend to have the poorest health outcomes, putting them at the extreme end of the gradient of health inequalities.” Why? “This is a consequence of being exposed to multiple, overlapping risk factors, such as facing barriers in access to services, stigma and discrimination.”

“Barriers in access to services, stigma, and discrimination”. The report doesn’t really go on to elaborate on what these look like, much less how they operate. I’ll hazard an educated guess that does indeed have strong implications for why excluded people might die more from COVID-19. One key example of barriers to services is the NHS charging regime, and attendant data sharing between the NHS and the Home Office, which might lead to detention and forced removal. By making it difficult for people with precarious immigration status to access healthcare, the regime simultaneously renders them statistically under-represented and puts their health at risk. A society that really wanted to understand the health of all its members – to the benefit of public health – would not permit data sharing between health providers and those who enact immigration enforcement.

People refused asylum are among those subject to charging for a range of NHS care in England, and in many cases care is denied without upfront payment. Their data may sometimes be shared with the Home Office, especially if they fail to pay a bill, which is likely, because refused asylum seekers are forced into destitution by a government policy that, having already banned them from work, cuts off all support following refusal of an asylum claim. This acts as a significant barrier to healthcare. Though treatment for COVID-19 is excluded from the charging regime, charging continues to act as a barrier to relevant treatment in several ways.

First, symptomatic people may be deterred from seeking treatment by the knowledge that, should they test negative for COVID-19, they may be charged for treatment for whatever else is making them sick; they may then present later, when sicker, with the result that they are more likely to need intensive care or to die. Or, they may not present at all. Barriers to healthcare render people invisible and put their health at risk simultaneously. Data sharing between the NHS and the Home Office is significant here; the systemic for recording health information acts against the interests of some. Systems that deliberately exclude people from support also render them invisible.

Those who are detained indefinitely in Immigration Removal Centres are deliberately rendered invisible by the hostile environment. JRS UK continues to accompany and support those held in Heathrow IRCs. Read more about our work in detention.

Hopefully, those who don’t access hospital treatment recover without it, but there is the worrying possibility that some of the most vulnerable are dying of COVID-19 at home, or in bus shelters and or park benches, alone and unacknowledged, in which case poor health outcomes for COVID-19 in vulnerable groups might be much higher than the report suggests. What we have here may be the tip of the iceberg.

Second, bills and upfront charging are a very real barrier to treatment for many underlying conditions, which render people more vulnerable to COVID-19. This matters for treatment of underlying health conditions during the pandemic, but also before.

The NHS charging regime is, of course, only one key example of a systemic reason why vulnerable groups are likely to be more at risk from COVID-19; years of enforced destitution, or prolonged incarceration in an immigration removal centre, also have a negative impact on the health of the population subject to it. More broadly, the pandemic is occurring in a context that includes multiple forms of systemic exclusion. This cannot be ignored if we are to understand why BAME people – who are disproportionately poor, homeless people, and those from deprived areas appear most likely to get COVID-19. Deep poverty and homelessness quite obviously increase your chances of getting COVID-19 – lack of accommodation or overcrowding make it hard to socially distance – something that is an ongoing issue in asylum accommodation, where people often have to share rooms.

The pandemic occurs against the backdrop of the hostile environment, a matrix of policy and legislation designed to make life unbearable for refused asylum seekers and those without immigration status – and therefore barring them from healthcare; of systemic racism that means that BAME people are discriminated against and more likely to be excluded, through NHS charging and in many other ways; and of growing economic inequality and deep poverty.

That systemic forms of marginalisation and discrimination were not considered in the report shows another, balder reason for the invisibility of marginalised groups: those in power, and we as a society, do not want to see them. Not seeing them is a strategy for keeping them marginalised – for ensuring that policy is not made with them in mind. The use of invisibility to continue to exclude is deployed against vulnerable migrants in other contexts. In order to obtain leave to remain on the basis that the UK has been your home for a very long time – 20 years, if you have ever been without immigration documents during that time, you need to prove that you have been here. But systemic marginalisation makes this very difficult; you’re not allowed a driving license, you’re banned from work, you’re banned from renting, there are no bills in your name – how do you prove residence? The invisibility of the marginalised in policy planning is not simply an unfortunate and accidental consequence of their marginalised – it is deliberately perpetuated as a strategy to consolidate their marginalisation.

To address unequal health outcomes in relation to COVID-19, we as a society need to address deep-rooted systemic injustice. To do that, we need to really see them – we need to break out of the cycle in which the most vulnerable are rendered invisible, and therefore vulnerable, and then not seen, despite standing right in front of those in power.  Seeing and acting must go together. To really see can be an act of acknowledging human dignity.

There are many ways in which you can act today to end systematic marginalisation and discrimination of asylum seekers.

Write to your MP today in support of an amendment to introduce a 28-day time limit on detention, together with judicial oversight of the decision to detain.

Write to your MP today