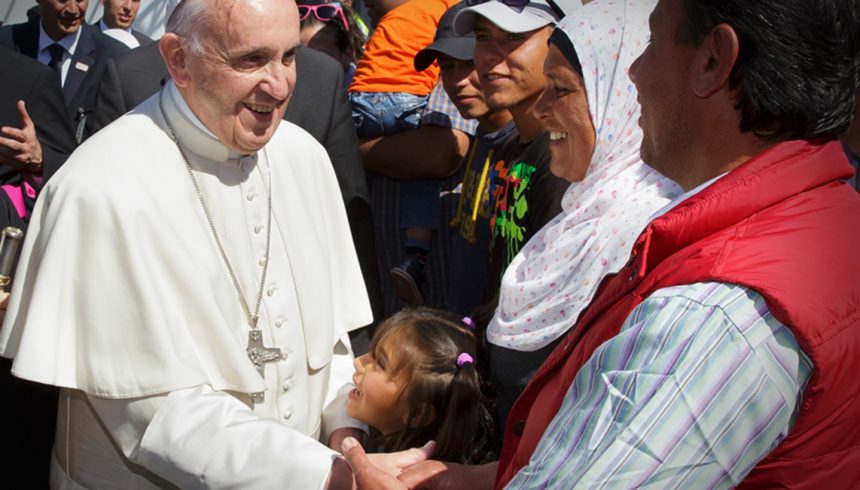 World Day of Migrants and Refugees 2020 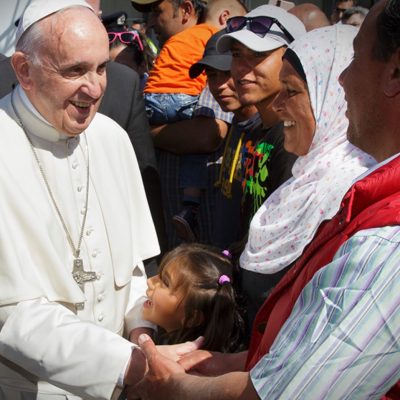 Yesterday, Catholics all around the world joined Pope Francis in marking the World Day of Migrants and Refugees which takes place each year on the last Sunday of September. The Holy Father addressed those who had gathered in St Peter’s Square in the rain to pray the Sunday Angelus, and spoke directly to migrants and refugees. He said:

“I greet refugees and migrants present here in this square, round the monument entitled ‘Angels Unawares’ which was blessed a year ago. I wanted to dedicate my message to internally displaced persons who are forced to flee as happened also to Jesus and his family. As Jesus was forced to flee, so are migrants. Our thoughts and prayers go to those who welcome them”

The life sized ‘Angels Unawares’ sculpture stands in St Peter’s square and is a ‘visual prayer’ dedicated to the displaced. Unveiled at last year’s World Day of Migrants and Refugees, it was  inspired by the biblical passage: “Do not neglect to show hospitality to strangers, for thereby some have entertained angels unawares.” (Hebrew 13:2).

In his message for this year’s 106th World Day of Migrants and Refugees, Pope Francis  called for pastoral attention and new policies for the world’s growing number of internally displaced people (IDPs).  He embraced all who are suffering precariousness, abandonment, marginalisation and rejection as a result of Covid-19, and spoke of six different practical ways  in which Catholics, and wider society, can welcome, promote and integrate those seeking sanctuary.

This set of verbs includes a focus on becoming close to those in need, in order to serve them fully, to listen and to cooperate and build with others. Pope Francis’s message speaks very directly to both the mission and work of JRS UK, which seeks to accompany, serve and advocate for the rights of those who are forcibly displaced here in the UK.

You can read JRS Outreach Officer Nick’s blog for WDMR 2020, reflecting on the Pope’s message this year, and its value for the experiences of our refugee friends. You can also join JRS in prayer for our displaced refugee friends around the world