World Refugee Day 2018 saw academics, refugees and refugee practitioners come together to discuss ways in which - together - we can change the narrative.

On World Refugee Day, academics, refugee practitioners and refugees gathered at Heythrop College to explore the ways we can change the narrative and public discourse surrounding refugees and asylum seekers. Over 60 people attended ‘Refugee Stories: Changing the Narrative’, an academic conference that was the fruit of a number of structured encounters between refugees, academics, and practitioners, ensuring that the resulting theological reflections were not simply about refugees, but developed with refugees.

‘Refugee Stories: Changing the Narrative’ began many months before the conference itself was held with a number of conversations considering the human reality of seeking asylum in the UK within a backdrop of hostility. These encounters were possible thanks to a mutual openness from within the different, overlapping spheres involved – from academics, from refugees, and from refugee support practitioners. By opening a space of mutual listening, academics were able to shape their reflections on the experiences of those who personally experience this public discourse every day.

Read More: Sophie reflects and explains the journey to this conference

The afternoon saw attendees split into two parallel sessions where academics and refugees gave short talks which were the fruits of the conversations which informed the conference as a whole.

One of our refugee friends shared her experience of seeking asylum in the UK in a powerful and dignified speech where she described the stress that she was put under by the Home Office as they constantly relocated her around the country. She highlighted how difficult it was to respond to the Home office demand for certain kinds of evidence, saying, “When I fled it is difficult to gather together these things to take with you and once you are in the UK it is hard to keep in touch with people back home to get evidence for you.” She had had many claims refused for lack of evidence, because she was unable to meet an unreasonable burden of proof. Those attending were profoundly moved by listening to her story and astounded by her courage; she left the audience with these words: “After all I’ve been through I only hope that I get to have a place of my own where I can simply be me.”

WATCH: Sarah Teather begins the day with explaining the asylum process and the difficulties it can bring with it.

WATCH: Professor David Herd, academic and founder of Refugee Tales, follows Sarah’s opening presentation with a focus on immigration detention and the work of Refugee Tales.

WATCH: Dr Joshua Ralston concludes the morning posing the questions: ‘Why do so many Christians find the nationalist narratives around immigration more compelling than the Gospel? Why is it that a lifetime of preaching about God’s reconciling love, which casts out fear, has so little impact on the political perspective of so many members?’ 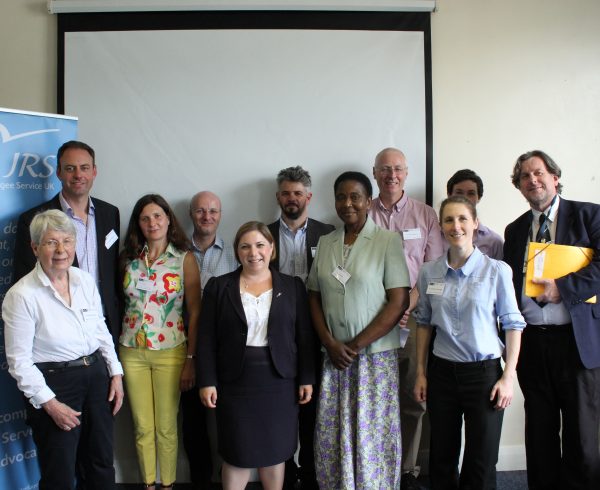 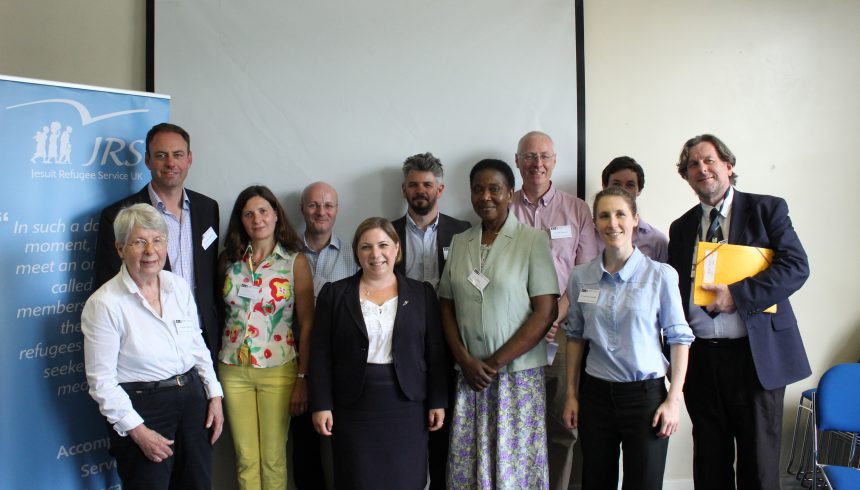