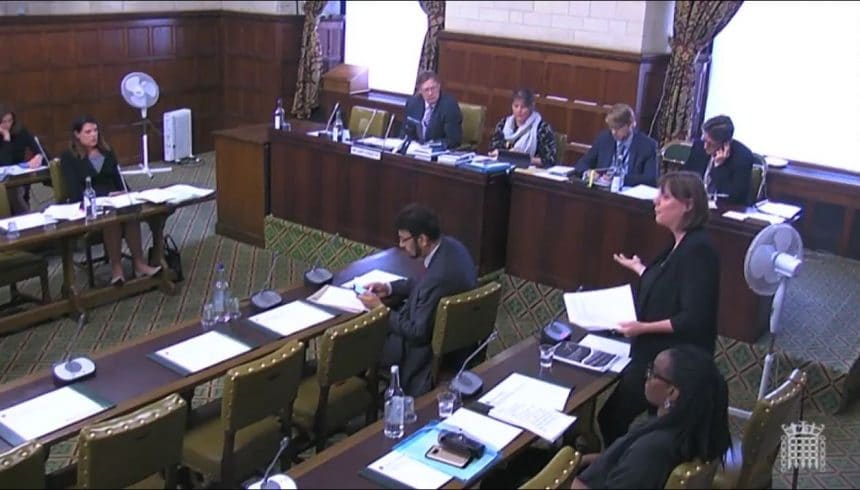 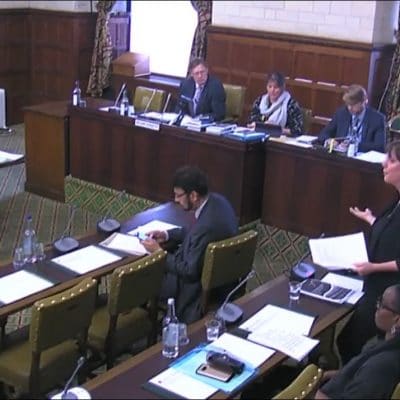 On Tuesday this week, Jess Phillips MP led a debate on the detention of survivors of human trafficking and modern slavery. This follows JRS UK giving evidence to the Home Affairs Select Committee (HASC) last week as part of their inquiry into Modern Slavery. The debate draws upon a number of recently published reports surrounding victims of trafficking in detention, and the urgent need for reform.

A number of MPs gathered in Westminster Hall to debate and discuss this crucially important topic, drawing on evidence from Women for Refugee Women and other recent disclosures concerning the detention of victims of human trafficking and modern slavery. MPs reiterated issues voiced at HASC, with particular focus on the complete conflict of interests within the Home Office. Paul Blomfield MP clearly voiced this conflict saying: “behind many of the problems [in the system] is the way in which two separate responsibilities—for modern slavery and for immigration enforcement—sit uncomfortably within the Home Office.” MPs debated this further, and spoke about the inadequacies within the National Referral Mechanism (NRM) – the process designed to support victims of trafficking. MPs called for an independent “Competent Authority”, as currently this body, who is responsible for assessing as to whether someone is a victim of trafficking or other form of modern slavery, is the Home Office itself. Jess Phillips MP commented on this saying: “while targets for immigration removal are maintained as high-level political targets, we will see vulnerabilities, and the care side of the Home Office will be completely swept aside”, later drawing on the concept of one Government Department with two heads.

Afzal Khan MP discussed research undertaken by JRS UK that reveals how people in detention are often unaware that they have even been referred into the NRM, thus denying them the ability to seek legal aid in preparation for their referral. Yet, Immigration Minister, Caroline Nokes, argued this and said: “all detainees are aware of their right to legal representation and how they can obtain such representation within 24 hours of their arrival at an IRC.” However, this policy is not seen in practice to be the case, as has been highlighted in recent reports; once again demonstrating a discrepancy in Home Office policy and practice.

Learn more: read our report on trafficking victims in detention

Jess Phillips MP commented that this latest report from Women for Refugee Women was ‘really just the tip of the iceberg’; sparking MPs to refer to various reports that highlight how the Adults at Risk Policy (AAR) is failing to protect vulnerable people from being detained, and how victims are being detained despite objective evidence of exploitation; despite being taken from places recognised as at risk for human trafficking; and/or being granted a positive conclusive decision on their NRM – meaning they have been recognised by the Home Office as a victim of human trafficking or modern slavery.

“The AAR policy is clearly not protecting the vulnerable people that it was introduced to protect.”

Later, MPs went onto debate why criminal convictions, for actions that victims have been forced by traffickers to carry out, are routinely cited by the Home Office as justification for detention. Vernon Coaker MP stated: “these are victims of crime, not immigration offenders”, once again drawing attention to the Home Office’s balancing act; whereby efforts to maintain “public order” often outweigh alternative support methods for victims of trafficking and modern slavery. MPs demanded that the Home Office recognises that immigration detention is harmful, costly and purposeless, and that immigration cases can be resolved much more humanely and effectively in the community. Paul Sweeney MP commented on this, saying: “it seems to be an entirely vexatious exercise […] one that is hugely wasteful of talent and potential and massively financially wasteful”; reiterating evidence within JRS UK’s latest report ‘For our welfare and not for our harm.’

A 28-day time limit has been called upon by many organisations working in detention, including JRS UK. Kate Osamor MP once again highlighted the fact that the UK is the only country on the European continent without a statutory limit on the length of detention – “This is the stuff of nightmares and reminiscent of practices seen in some of the most oppressive regimes in the world,” she said. Paul Sweeney MP repeated this, and added that arbitrary detention without a limit is “associated with dictatorships that are not democratic.”

“The Home Office goes through a modern-day cat and mouse act with some of the most vulnerable in society. They are taken in and of immigration detention again and again. They are deeply traumatised, and that is on top of the trauma they already face because of the actions of the Home Office.”

The debate concluded that there is a basic contradiction between the Government’s modern slavery strategy and the hostile environment. There needs to be a completely independent body of first-responders who deal with victims of modern slavery and trafficking separate from the Home Office – rather than a body that is looking after the interests of trafficking victims on the one hand, and relentlessly pursuing immigration enforcement on the other. The two are irreconcilable, and as Jess Phillips MP said, we need to “care about them, not incarcerate them.”