A reflection of the Taliban’s takeover of Kabul, and the government’s response. 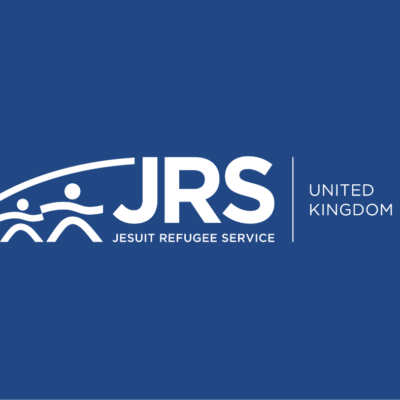 A year ago, as the Taliban took over Kabul, thousands upon thousands of lives were thrust into turmoil, with many forced from their homes. 777,400 people were newly displaced within Afghanistan in 2021, and hundreds of thousands were forced to flee the country and seek sanctuary abroad. The desperation was searing. People were seen clinging to the last planes to leave Kabul. In the face of such immediate need, which we had such a great responsibility to meet, the British government failed badly.

First, the UK evacuation scheme, theoretically extended to include many Afghans connected with the British government, was haphazard and chaotic, and many who were eligible for evacuation remained trapped in Afghanistan. It is likely that many eligible for evacuation would not have been in Kabul when it fell to the Taliban had the UK all along been better at supporting Afghans who, having worked for the UK, sought to come here to live. Too often, we have refused them safe passage.

One year on, many still are, existing precariously, in a dangerous reality, seeking an escape route whilst trying not to make a sound, lest it brings them to the Taliban’s attention. And this does not look like the tragic failure of a frantic, awful moment, but the fruit of a longstanding prioritisation.  Then, the government’s Afghan resettlement scheme did not open until January 2022, an abject failure to reflect the urgency of the situation. Furthermore, its stated objective to resettle 5,000 people in the first year, and 20,000 “over coming years” is deceptive, because evacuees from the frantic rush of August 2021 are included in the total. And there are numerous barriers to navigate even if you have made it out of Afghanistan and your application is being processed – applicants in refugee camps in Pakistan and Iran are faced with demands for documents it may be simply impossible for them to access, and tuberculosis tests they would struggle to get in their current location. Afghan refugees in Tehran, desperate to join family in the UK, struggle to get DNA tests to support their application. The list goes on.

Afghanis seeking sanctuary in the UK

And for Afghans who make it to the UK, where we should, finally, offer them some security, there is more: around 12,000 of those who were successfully evacuated to the UK spent months in isolated, run-down and overcrowded hotels, awaiting longer-term accommodation. Those Afghans who have the audacity to arrive in the UK via other means could be heavily punished under the government’s New Plan for Immigration and Nationality and Borders Act 2022, and could face forced removal to Rwanda – they will be punished for the realities of forced migration, and told they should have used “safe and legal routes” that only provide a pathway for a tiny number of people and which are, even for those fortunate few, painfully difficult to navigate. The terror and chaos in Kabul in August 2021 powerfully demonstrated the cruelty and absurdity of insisting the refugees get prior authorisation to travel. Now, predictably, we see this playing out as Afghans, like other refugees, face a system designed to punish them for seeking sanctuary in the only way available to them.

Changing our policies and offering welcome and support

One year on from the catastrophic fall of Kabul, there is much to reflect on, and much to lament. As we call to mind a society pushed to the brink of destruction, and the vast number of human lives lost, ruined, and put at risk, we must call to mind the desperate plight of Afghan refugees, and we must lament our societal response. More is needed. But something completely different is also needed. One year on from this crisis that forced yet more Afghans to seek refuge, we may wonder in anguish what we can do to help Afghanistan. This is a difficult question, but there is at least one thing we can certainly do. We can change our approach to refugee and asylum law and policy, so that it offers welcome and support to people who have been forced to leave everything, and beg us for help.

Sarah Teather, JRS Director has signed a letter to The Times marking one year of the Taliban invasion of Afghanistan

PS. When you click the button above, scroll down to Afghan refugees to find the letter